Another downtown Los Angeles gem. The hotel Figueroa. It was built in the late 1920’s by the YWCA as a hotel for businesswomen, but unfortunately it didn’t survive as one and by the 1930’s was simply a hotel. 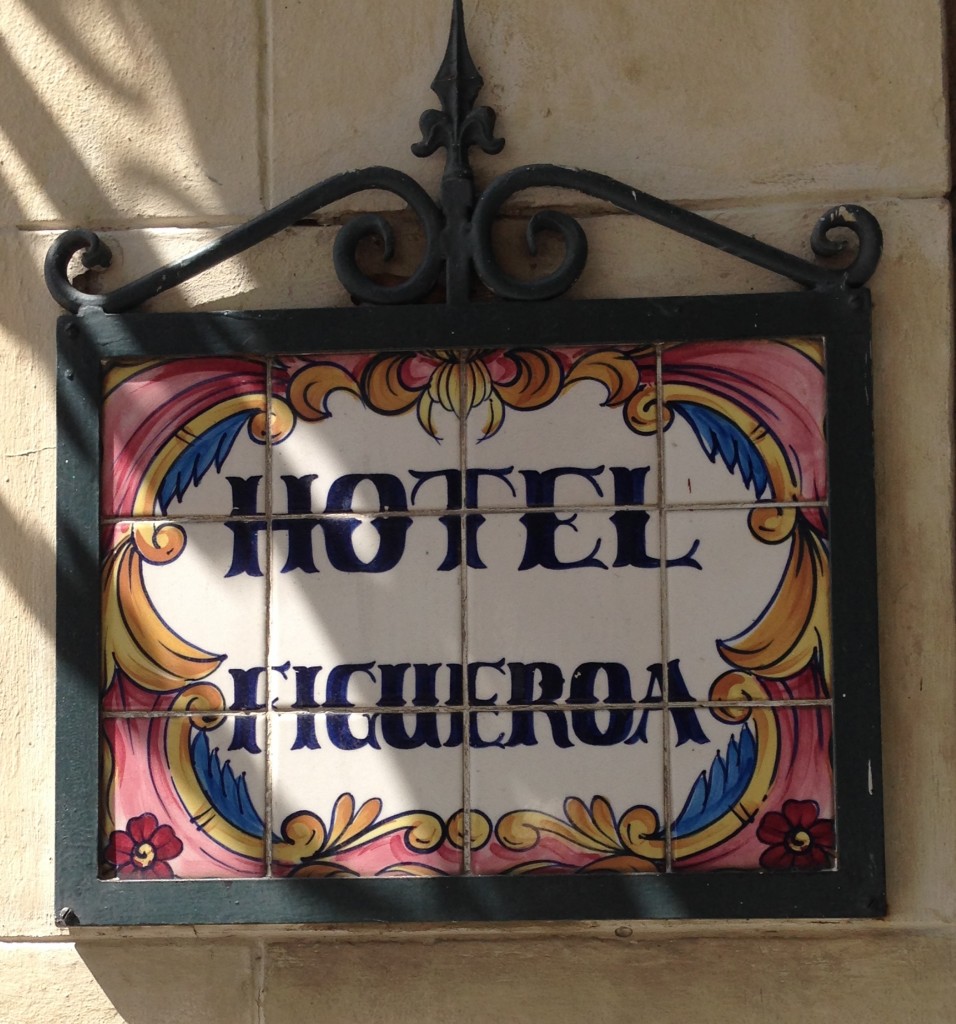 Nothing in Los Angeles is simply anything. If you have seen any movie or TV show where people are meeting in a restaurant or lobby in the middle east – it was probably filmed here. 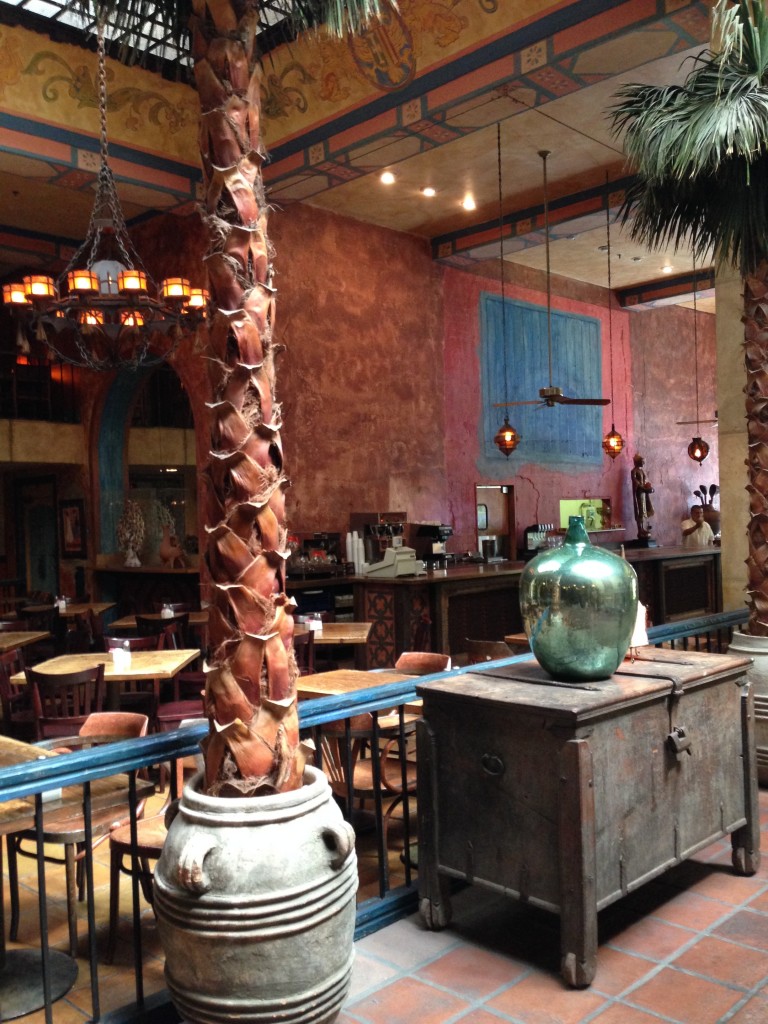 Although when doing so, they have to remove the Buddhas and the very Mexican looking items. 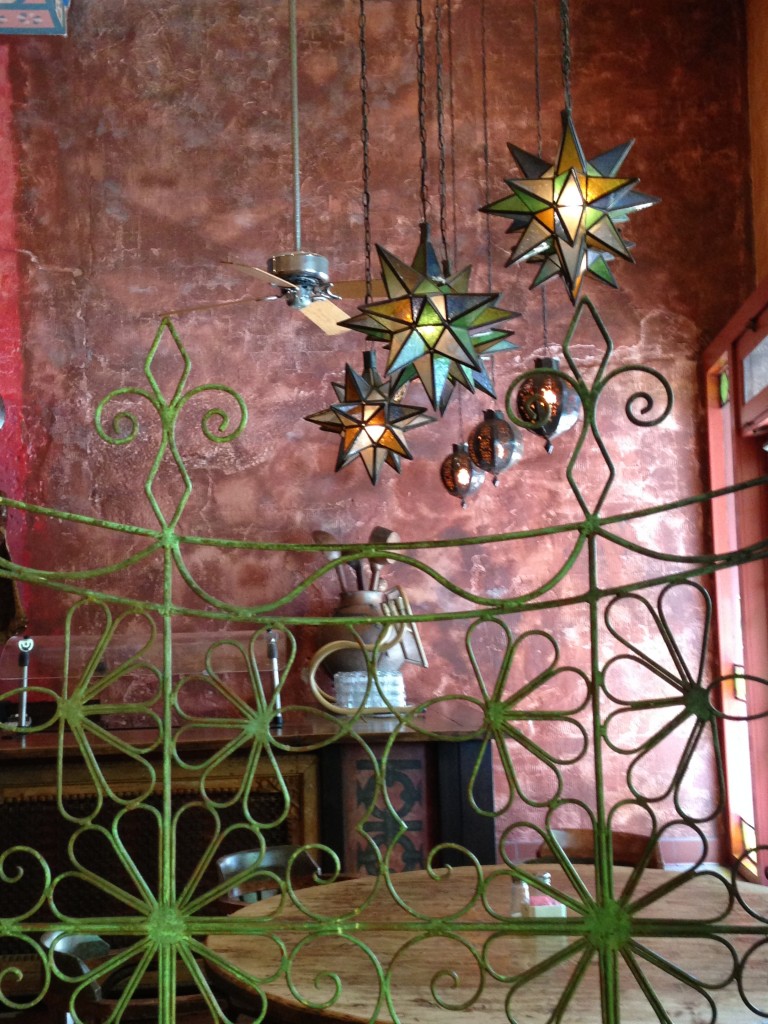 A view into the restaurant 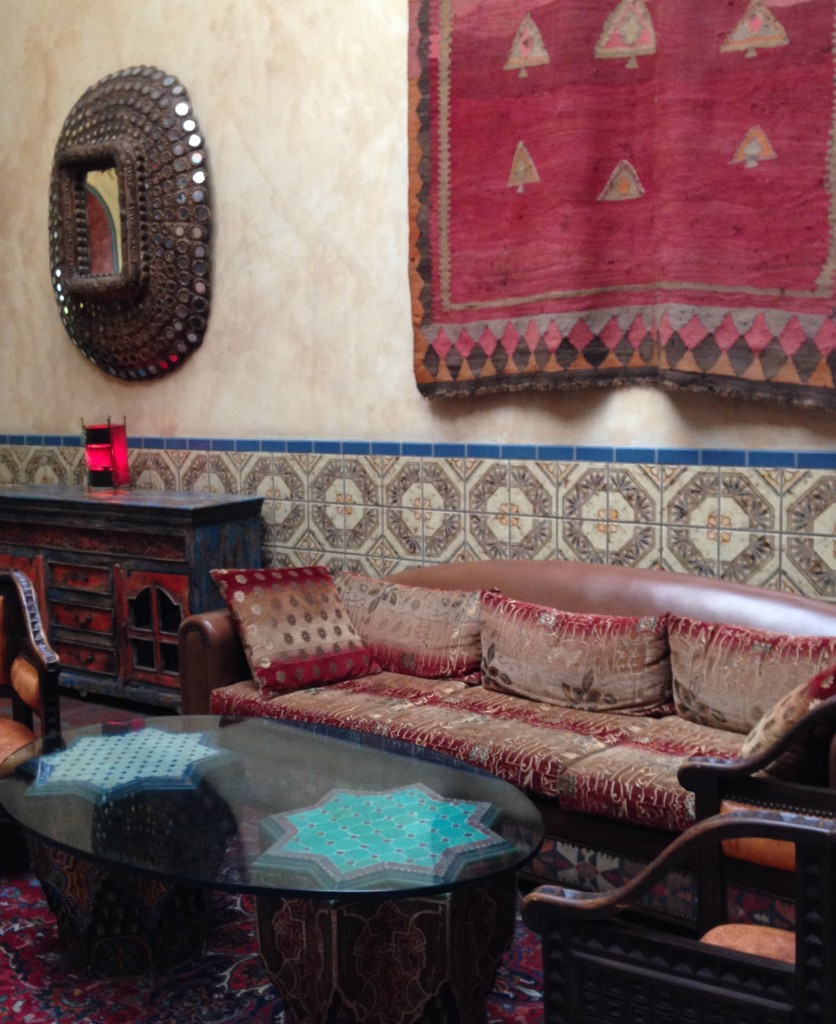 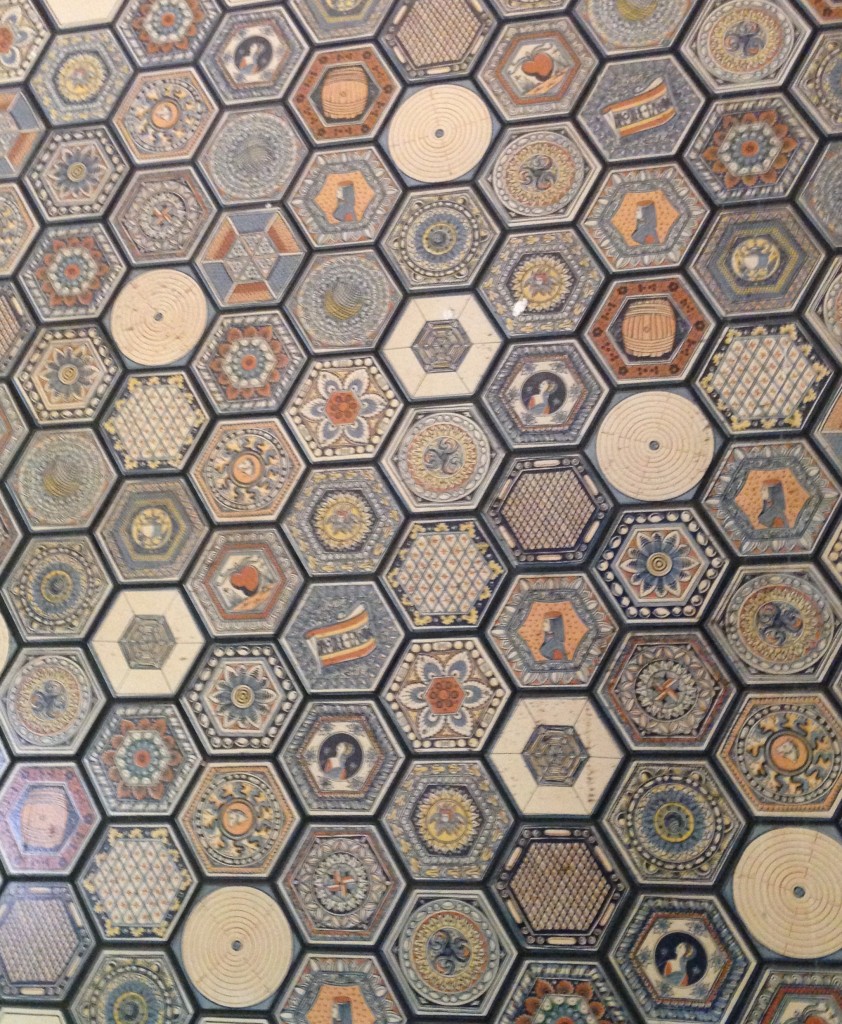 These tiles are on the wall right as you enter, I need to find more about them. 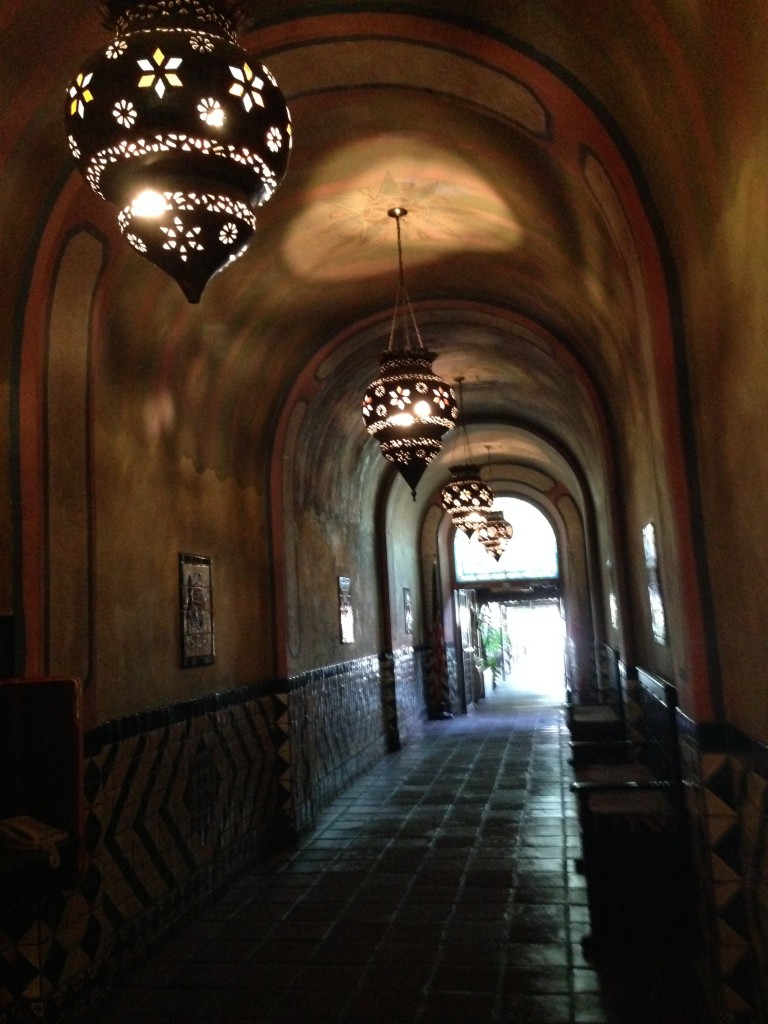 The long hallway to the bar and pool.  As wonderful as this lobby is, and it is a feast for the eyes. This is what is really impressive about this hotel. 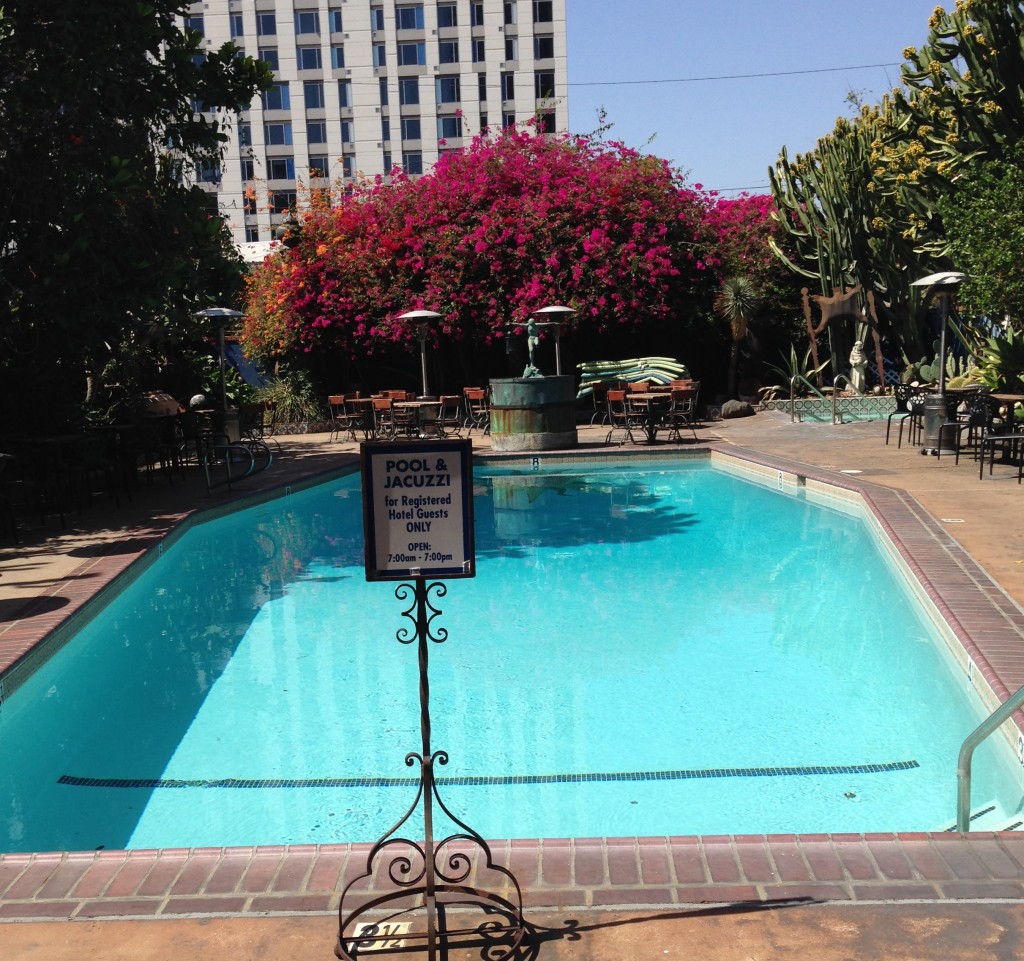 Yes indeed an in-ground pool. When this was built, land was at a premium and since then, no-one, not even the Los Angeles Athletic club put a pool in the ground. It has survived the area being run down and everything around it becoming parking lots. I met an old woman who told me that as a child she learned how to swim in this pool. 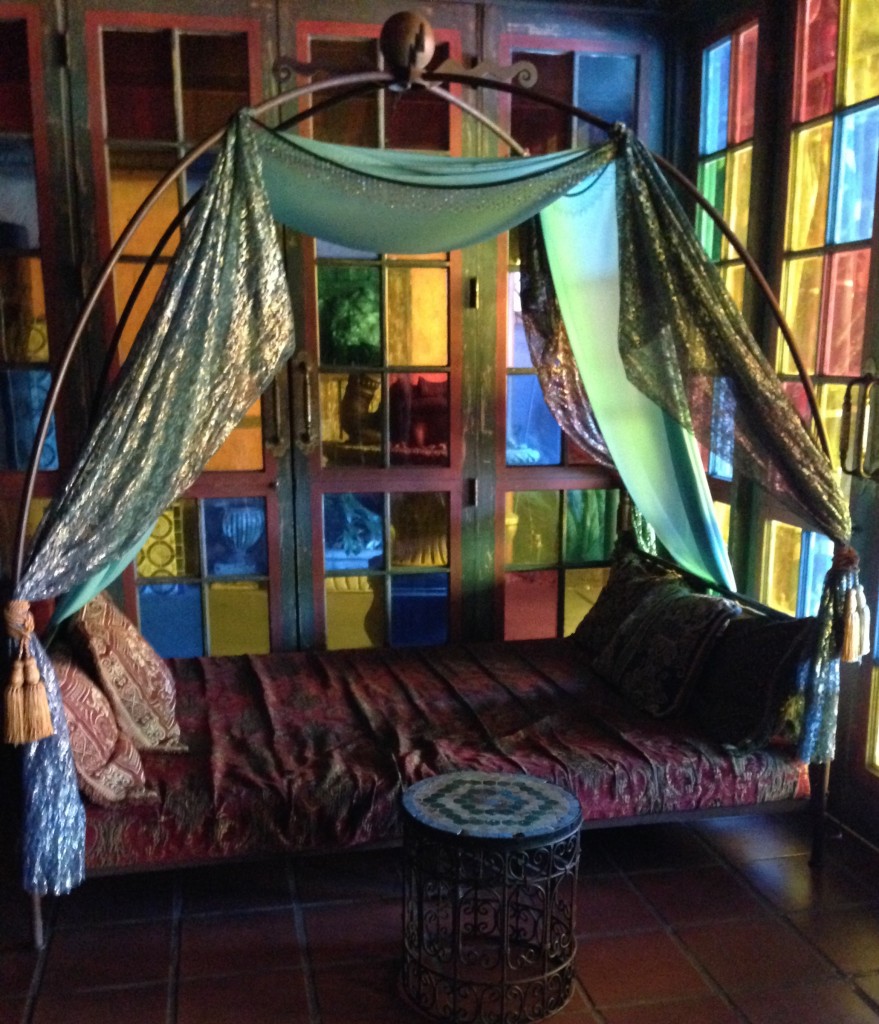 In the bar area, right off the pool is this wonderful day bed, I’m sure that at night when the place is full, people enjoy this luxury.

Over 20 years ago, I was a student at FIDM , in those days, the only places I went was the school campus and up to the garment district. Downtown was still very sketchy. I’d often drive down Olympic Blvd to get to the freeway. I’d pass a large building, with three sections facing Olympic. There always were and still are full size advertisements on these sections. Only years later did I find out the history of the place and venture in to look at the lobby. I have since met people who have stayed there. The rooms were renovated a few years ago, but are simple run of the mill hotel rooms. These days the hotel is right across from LA Live and the Staple center. Sure you can stay in the JMW Marriott, or stay here, enjoy history and take a dip in that pool!