Last year I visited  Tommy’s print plant – where he prints t-shirts. I took to long to go out and visit his museum, Valley Relics.

What a treat, this is a labor of love from someone who grew up here and wants to preserve as much as he can of our history. 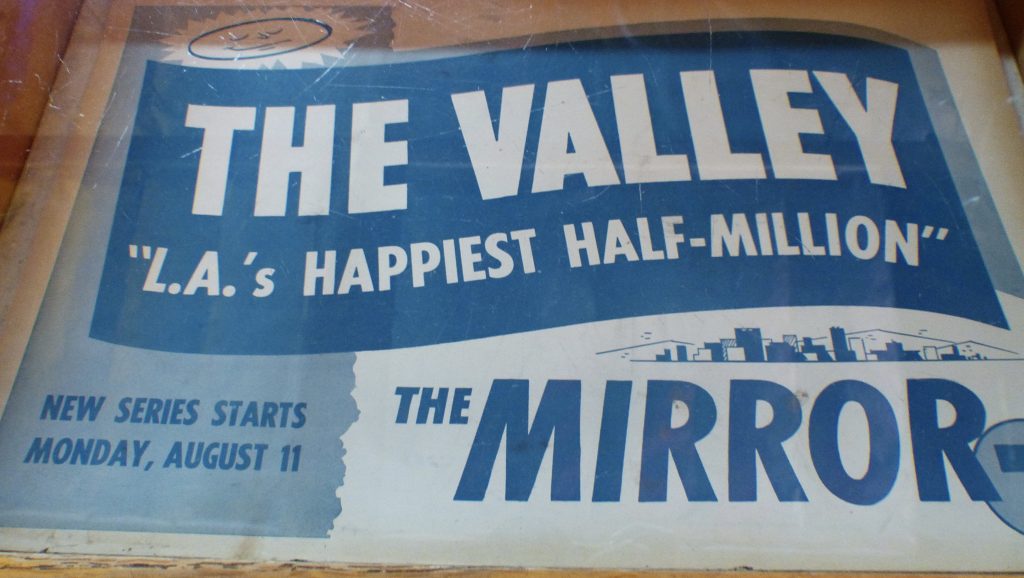 Every city has it’s area that people love to look down on. In LA, it’s the valley, so be it, those people have no idea what they are missing. I wish this had a year attached, because there are at least a million people living here now, if not more. 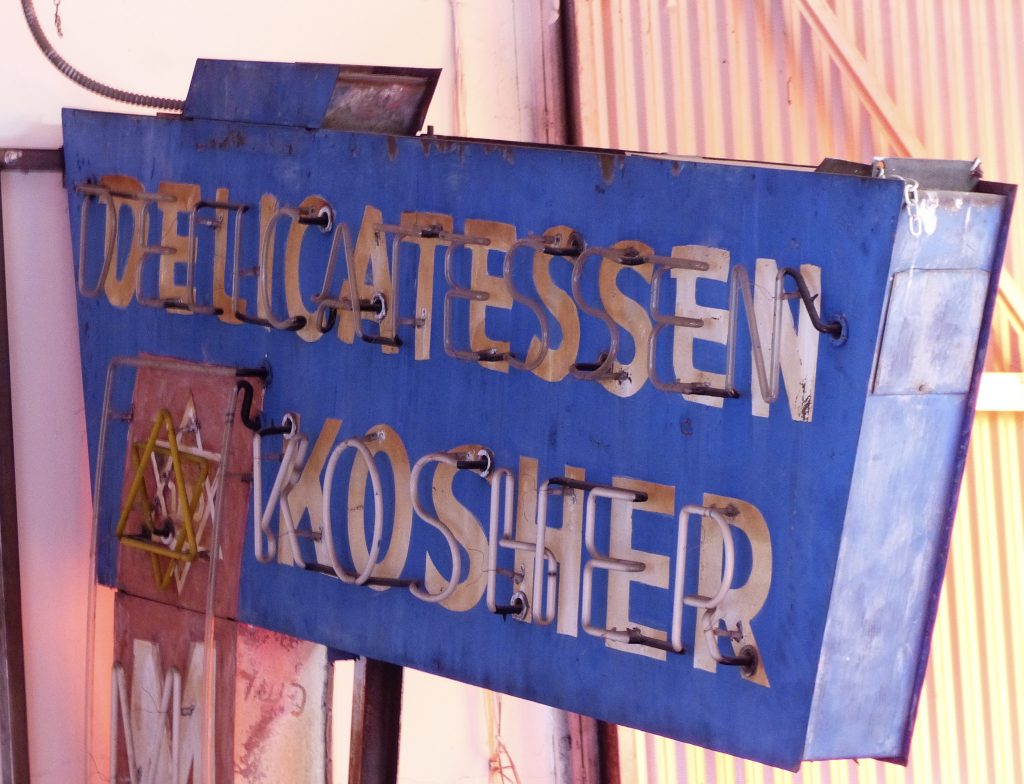 Drexlers’ Deli was the first kosher deli in the valley. It closed 20 years ago, and the couple have since passed away. Their son is a friend, and he was thrilled to know that the sign is safe and sound. 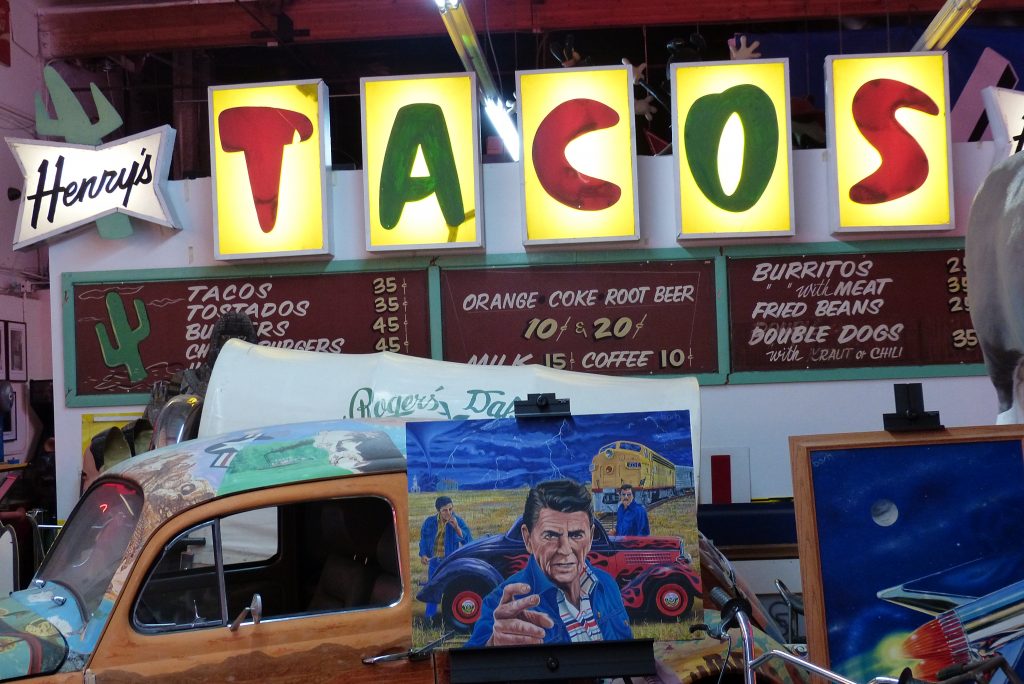 Henry’s Tacos lost their lease a few years ago. They moved to a smaller location down the street. I have to say that Cactus Taqueria, that took over the space is better food. At least the sign with the original prices is preserved. 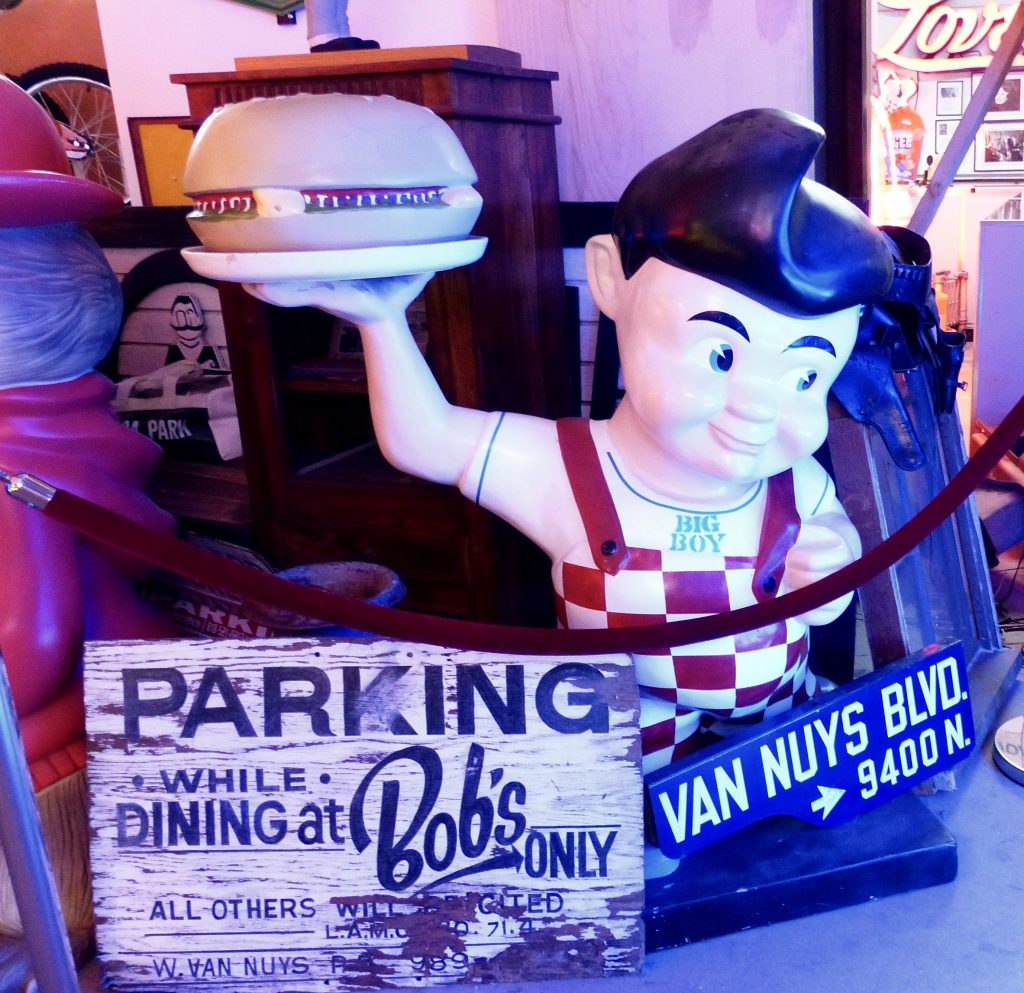 Bob’s in Toluca Lake still stands, but the one on Van Nuys is long gone. 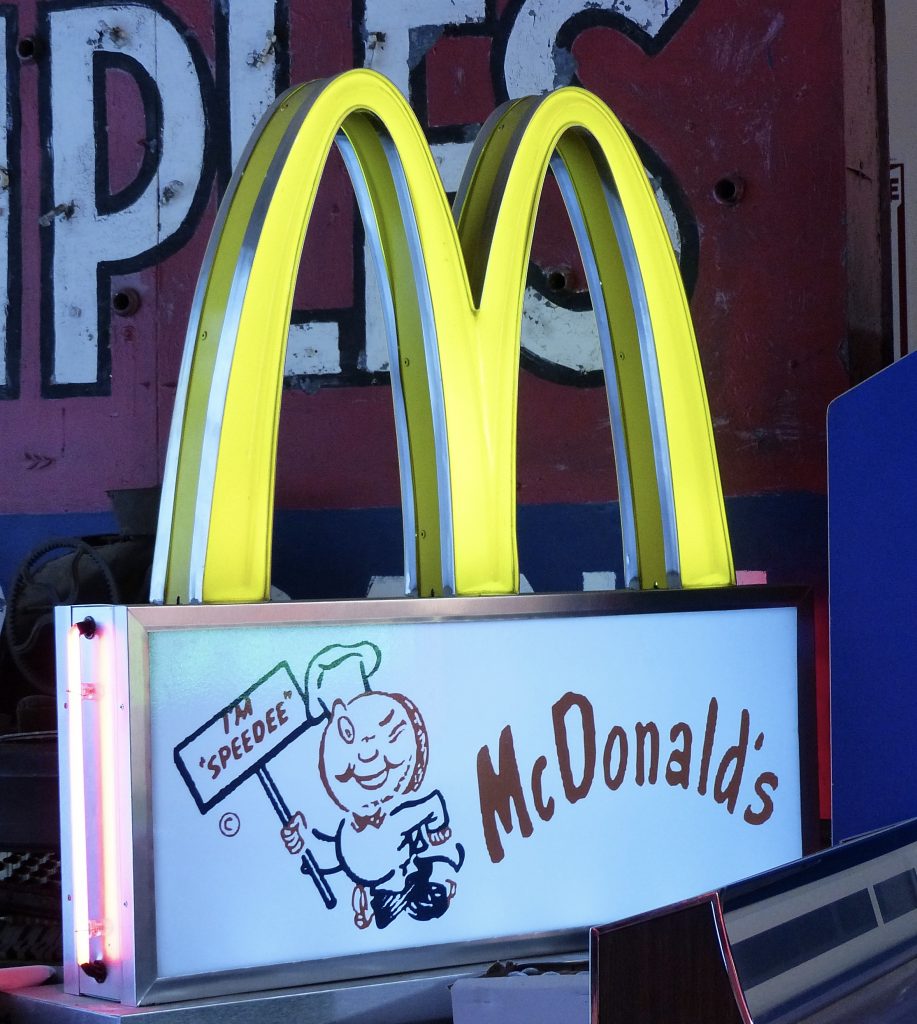 Don’t know which location this is from, but I bet it’s very valuable. I wonder if the  Museum of Neon Art would have wanted to get their hands on some of these signs. Maybe they are just happy they are being preserved and seen. 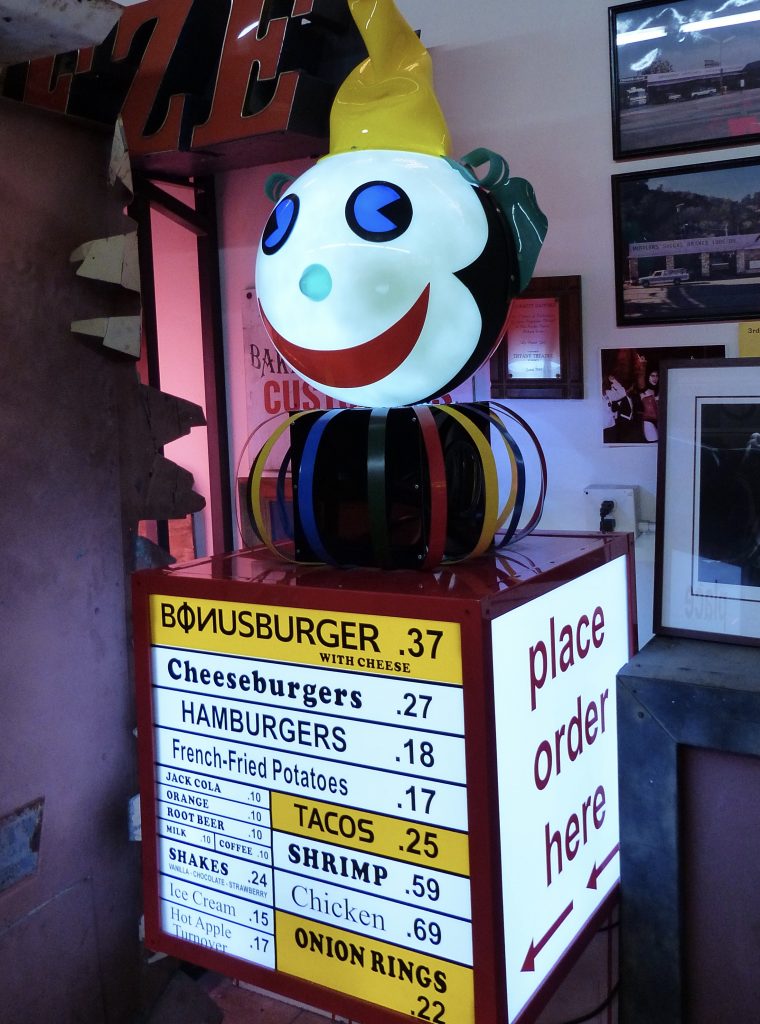 Don’t know this place at all, but then I only got here 27 years ago. But look at those prices! 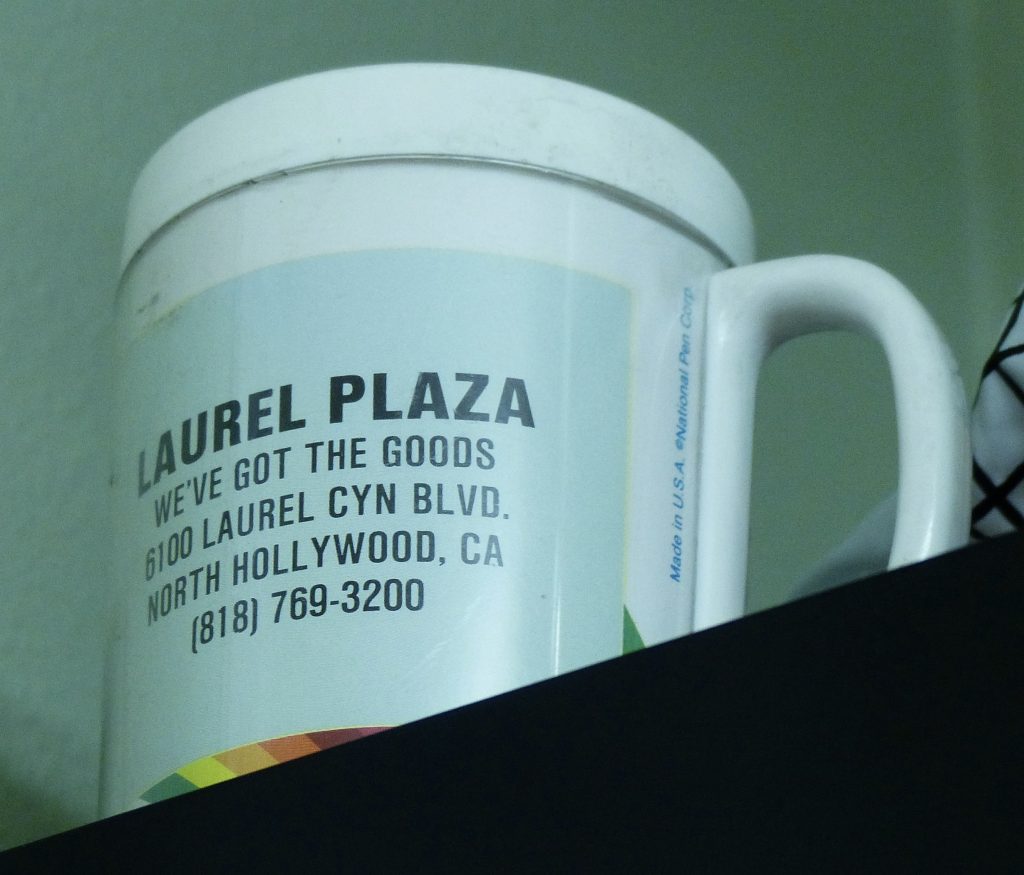 The site of one of the first big malls in the valley, soon to be completely overhauled into a large mixed use complex. 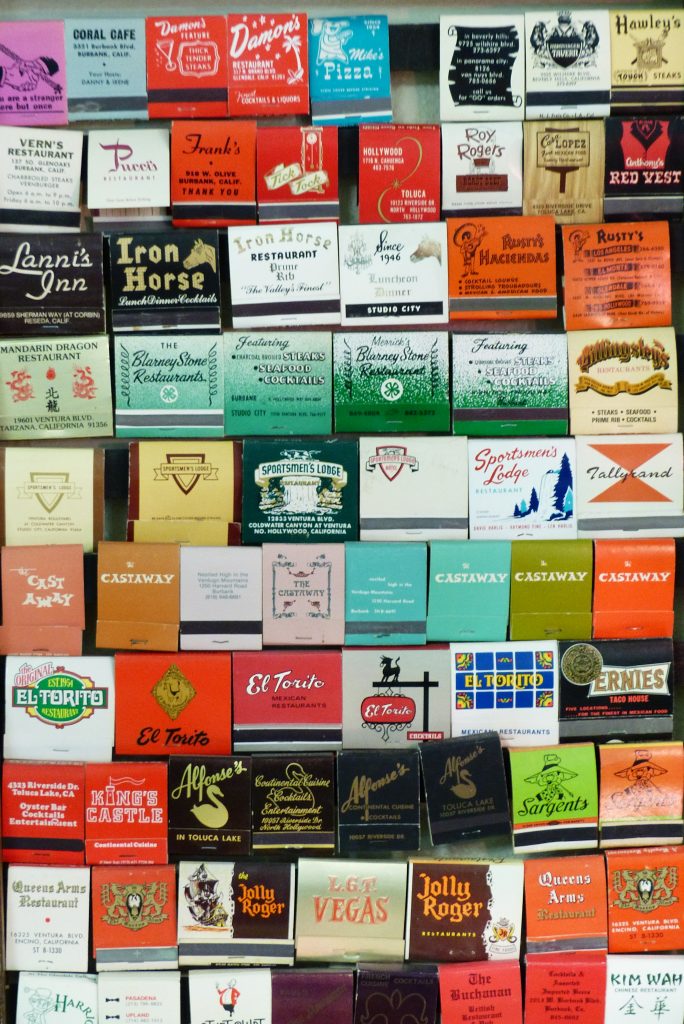 Remember when all restaurants gave out matchbooks?

I love these old packing labels. I really love that this one is from North Hollywood. These peaches were probably shipped east from the depot that now holds a coffee shop. Is that an old fashioned can opener? 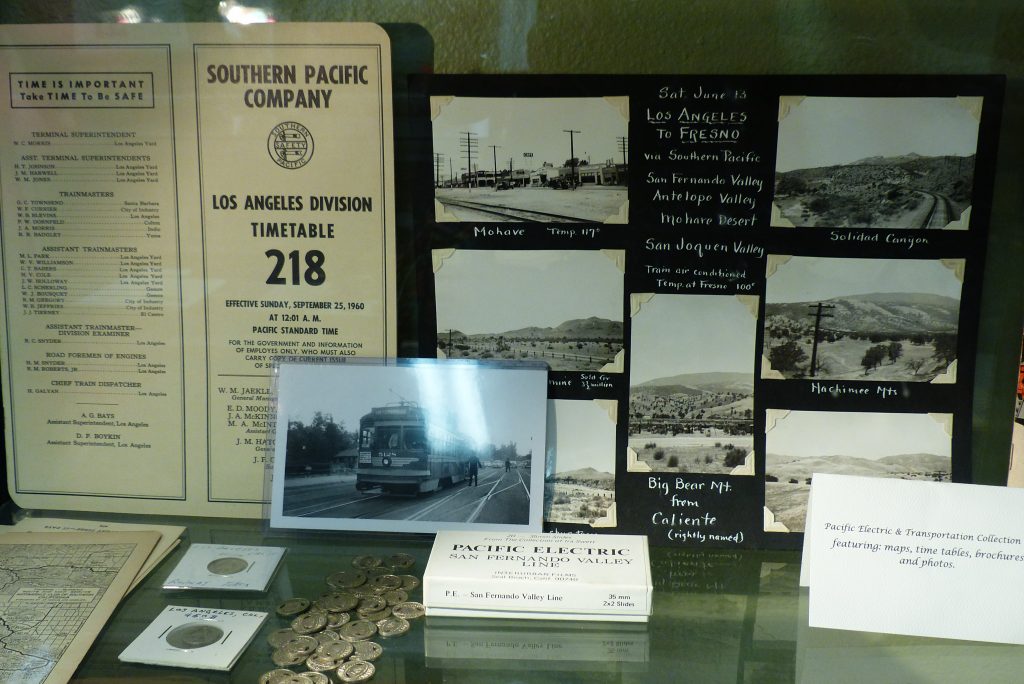 Memorabilia from the old Southern Pacific railroad.  Both passengers and frieght used the rails. 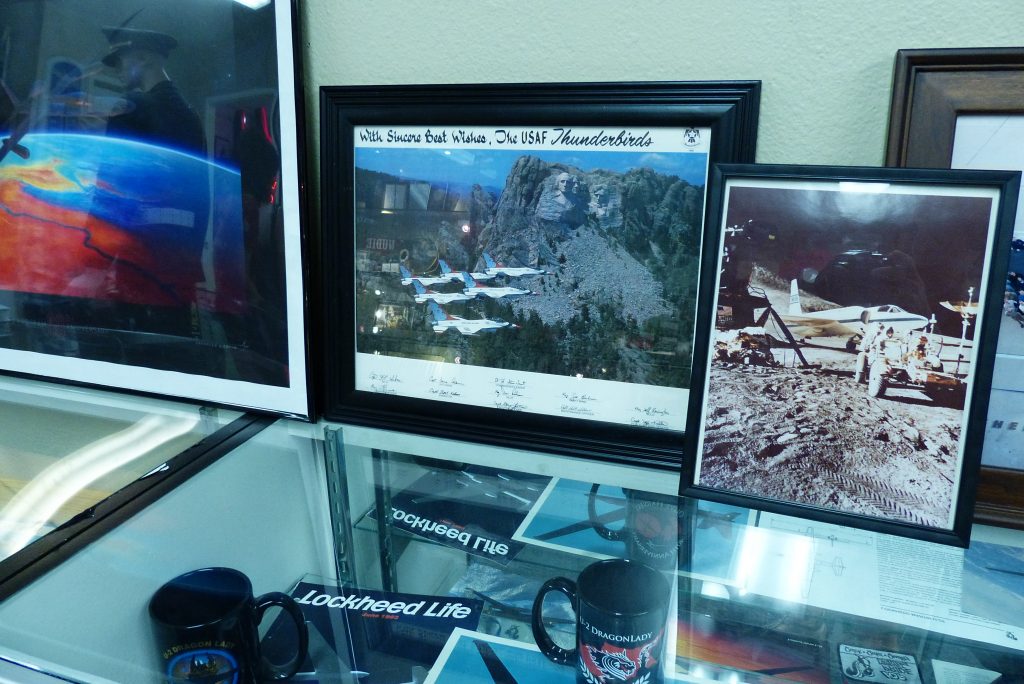 When Aerospace was a big industry here.

Then there is Nudie Cohn tailor to stars, who really embelished everthing he touched. 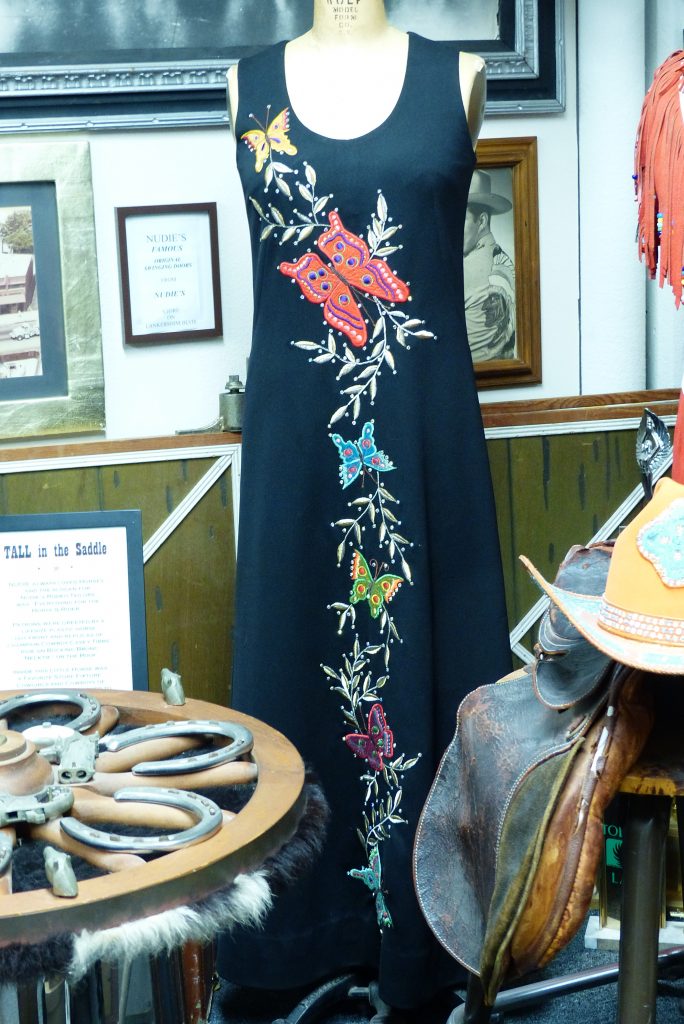 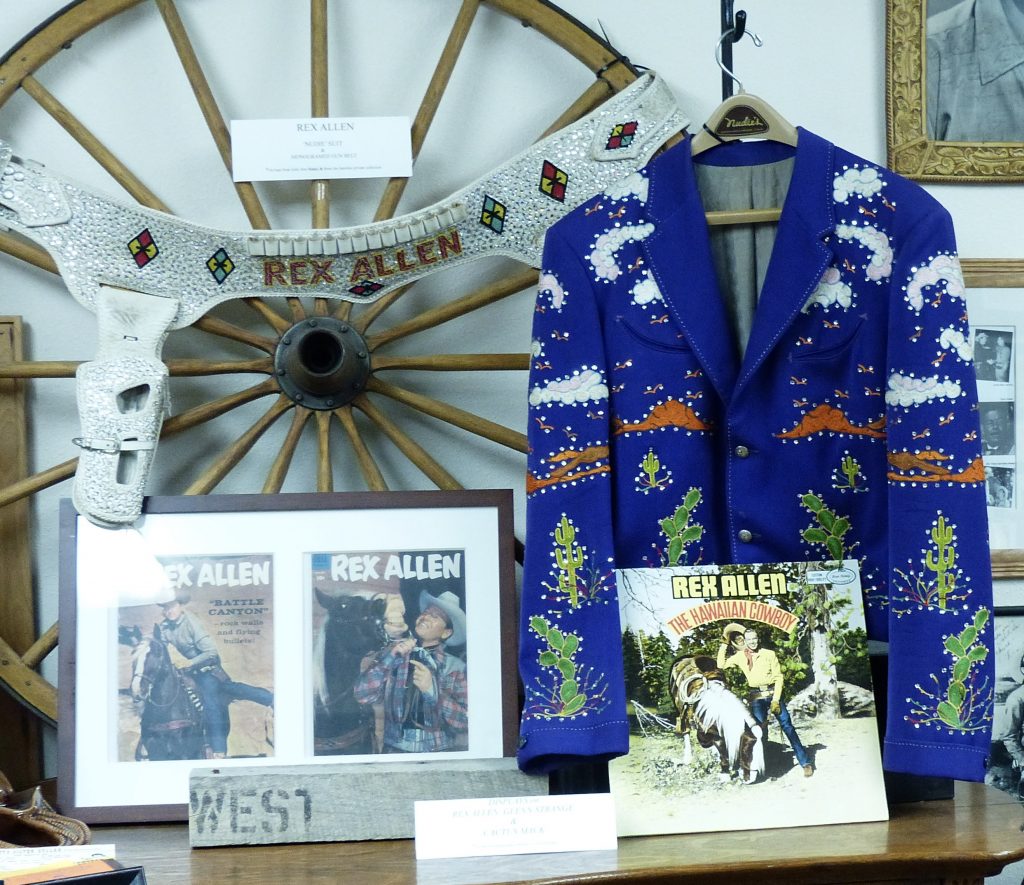 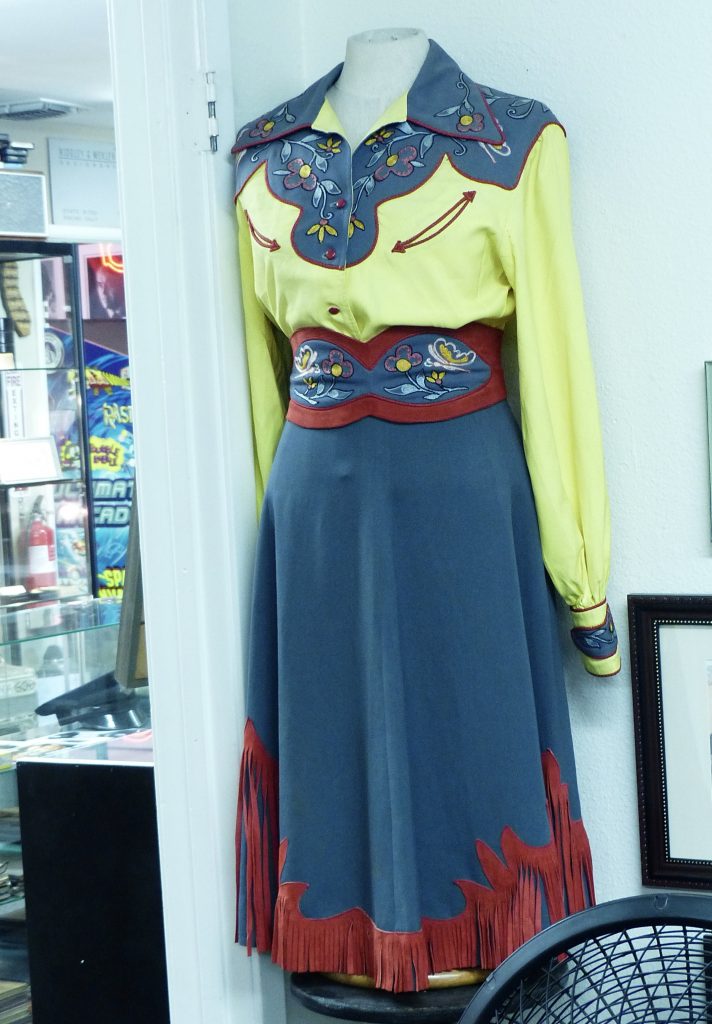 There is a ton of his memorabilia here, these are just a few examples of his clothes, and not even the most elaborate. 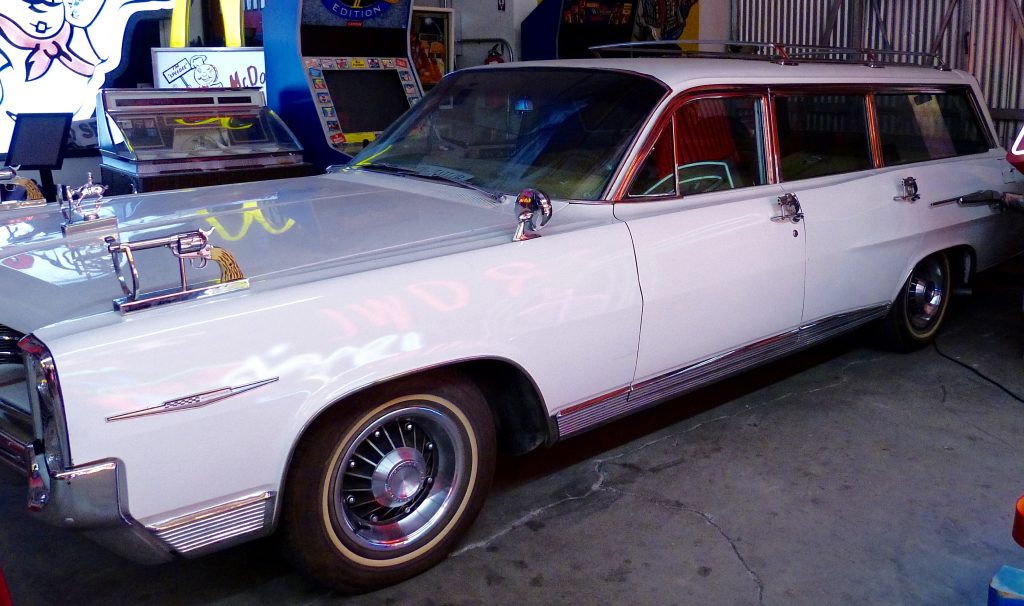 They have his Bonneville, the decorations and embelishments are legendary.

The place was full of people who loved jogging their memories. Thank you Tommy and I will be back, with others who need to experience this.