I met a blog reader, someone I haven’t known before. So it was back to the South Bay for another visit. There is so much history in this city, sure, most of it is only about 100 to 150 years old, but I know too many people who have no clue what happened 20 years ago, so it’s not the age that matters.

Torrance was designed by Frederick Law Olmsted Jr.  in 1912 and was named for the developer. So the old part of town has a wonderful old time feel to it. Most of the city developed after WWII and like much of the South Bay falls into the post war mid century Modern city. 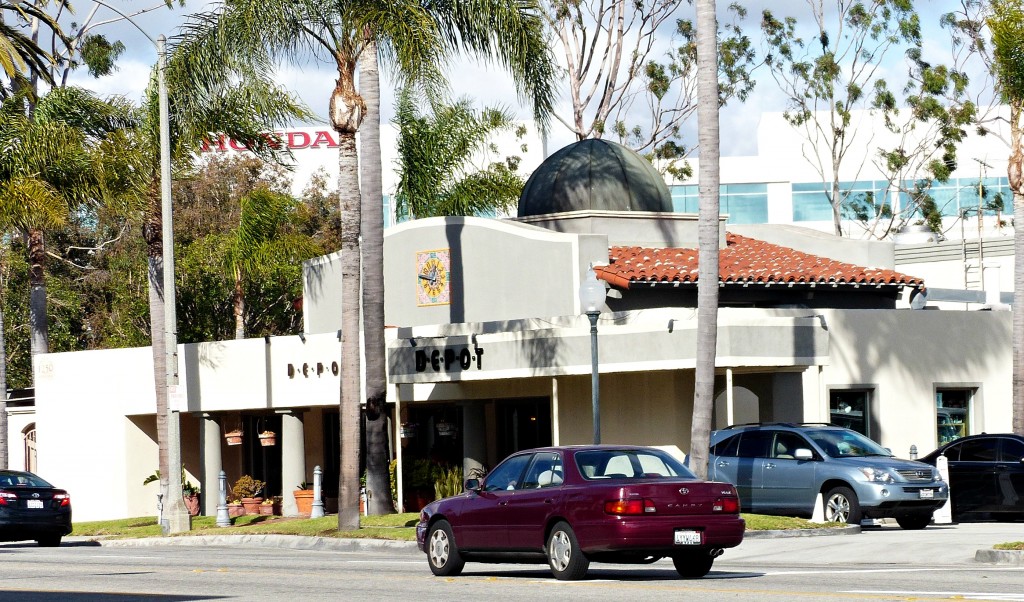 The Depot Restaurant occupies the Old PE depot. One way to get people to move to this new city is to have a trolly line come here. The city gave PE the land for the depot and Irving Gil, who is considered one of the first local modernist architects designed the building. The Dome used to be gold, it isn’t anymore, but it did survive that many years that the building was just used for storage.

Today Torrance is home to the second largest Japanese population in America. Honolulu holds the distinction of being the largest. Many Japanese companies are headquartered here – like Honda. Many are leaving, like Toyota and Nissan, the business climate has changed in California and companies are leaving for Texas and Tennessee.  This is a very American phenomenon, when things don’t work anymore – move. 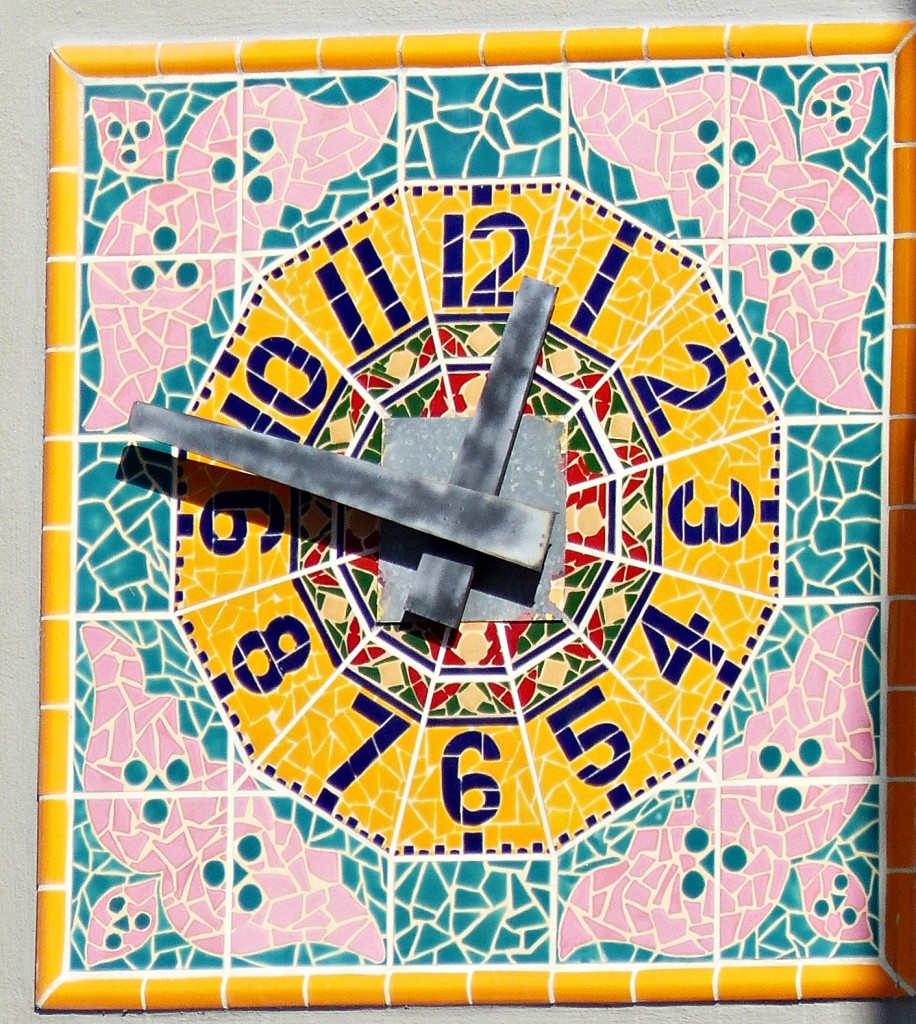 The tiles on the clock just don’t look like they are from the 1910’s.  On the photos of the original building there was a clock, by the 1970s’ it is no longer there, so this must be a new clock placed where the original used to be. 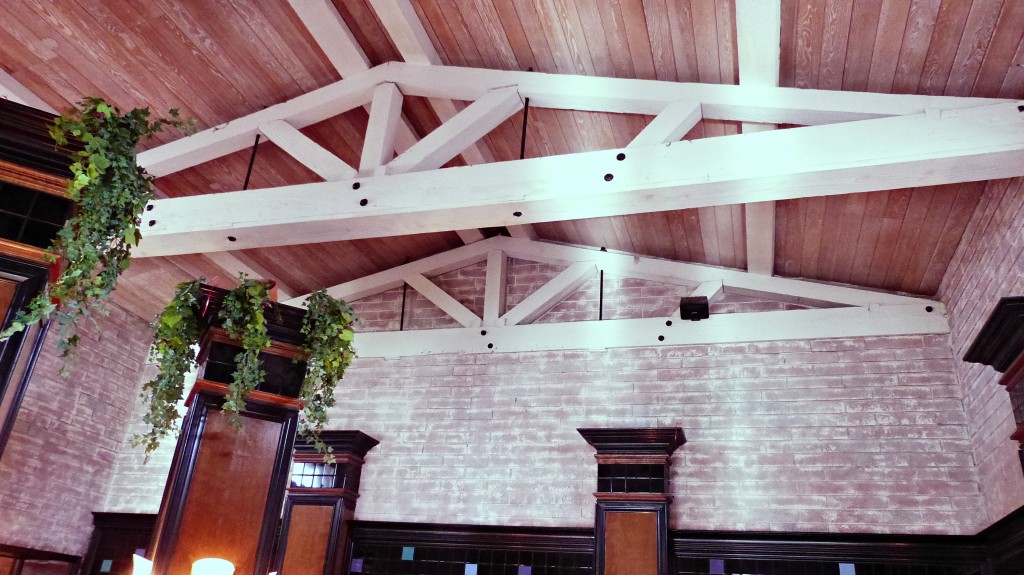 The interior is lovely! 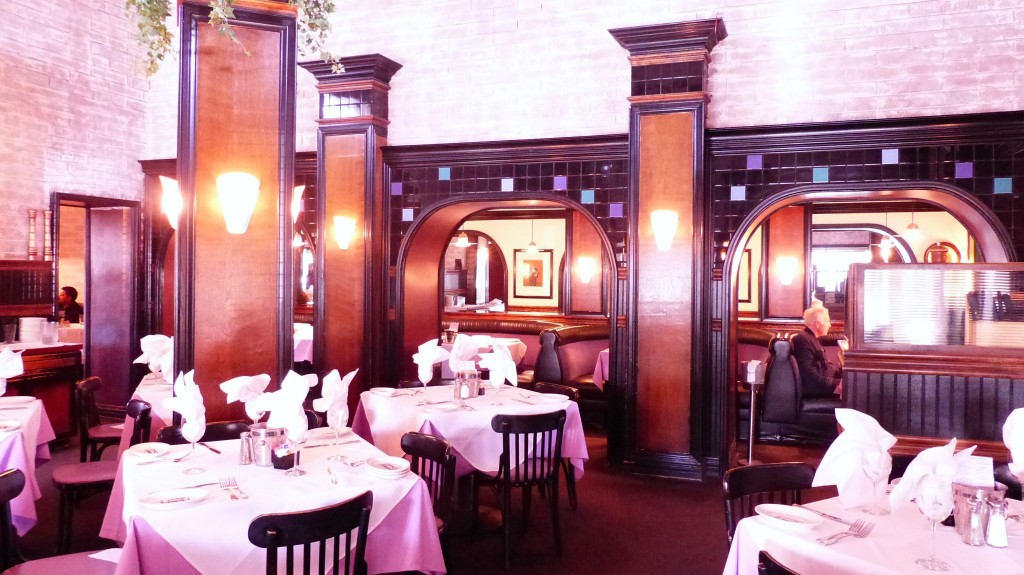 The locals frequent the restaurant. Even if those of us farther afield had no clue that Torrance is more than a large oil refinery and Japanese companies.  Yes, oil is a very very big business here in the Southland. 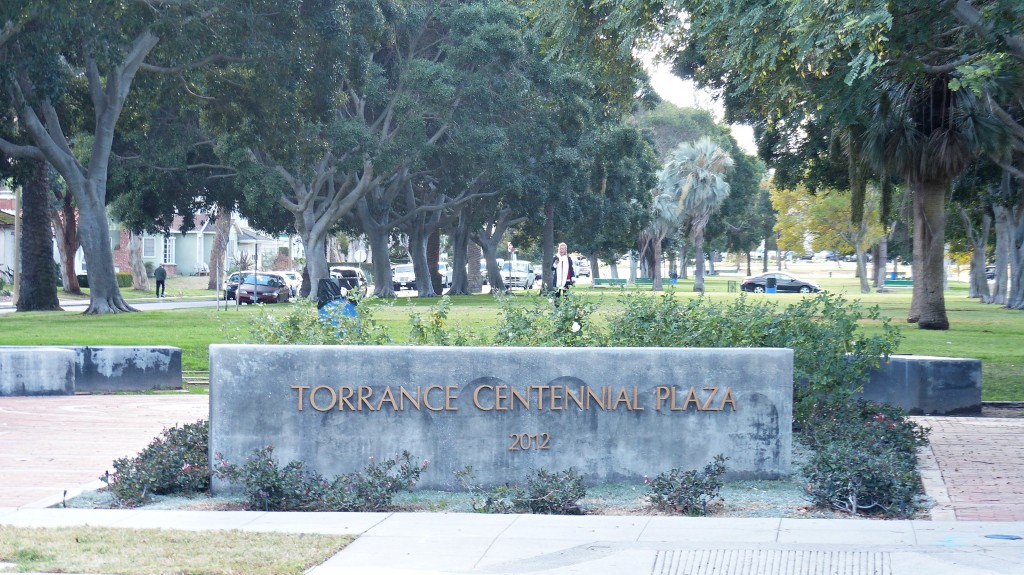 Part of the original Park was renamed a few years ago in honor of the Centennial of the city. 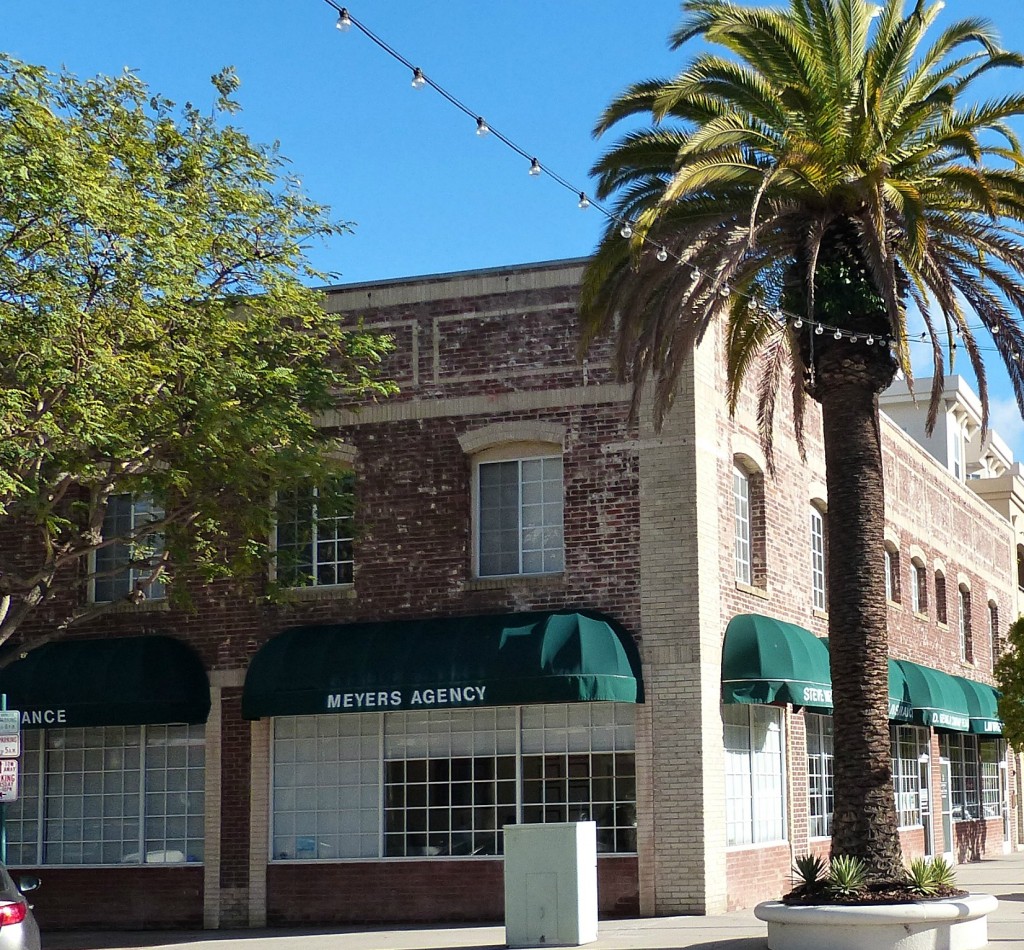 My guess is this building may have been one of the original. It has a simplified Beaux Art feel. The brick was a common building material back then. The 1932 Long Beach earthquake would put an end to brick in LA. Notice the Pilaster between the large windows, a nod to a classic pillar. The  rounded cornice,  the use of two toned brick. Now, this isn’t downtown LA where no expense is spared in decorating the buildings, but even with a less expensive design, it is Beaux Arts. 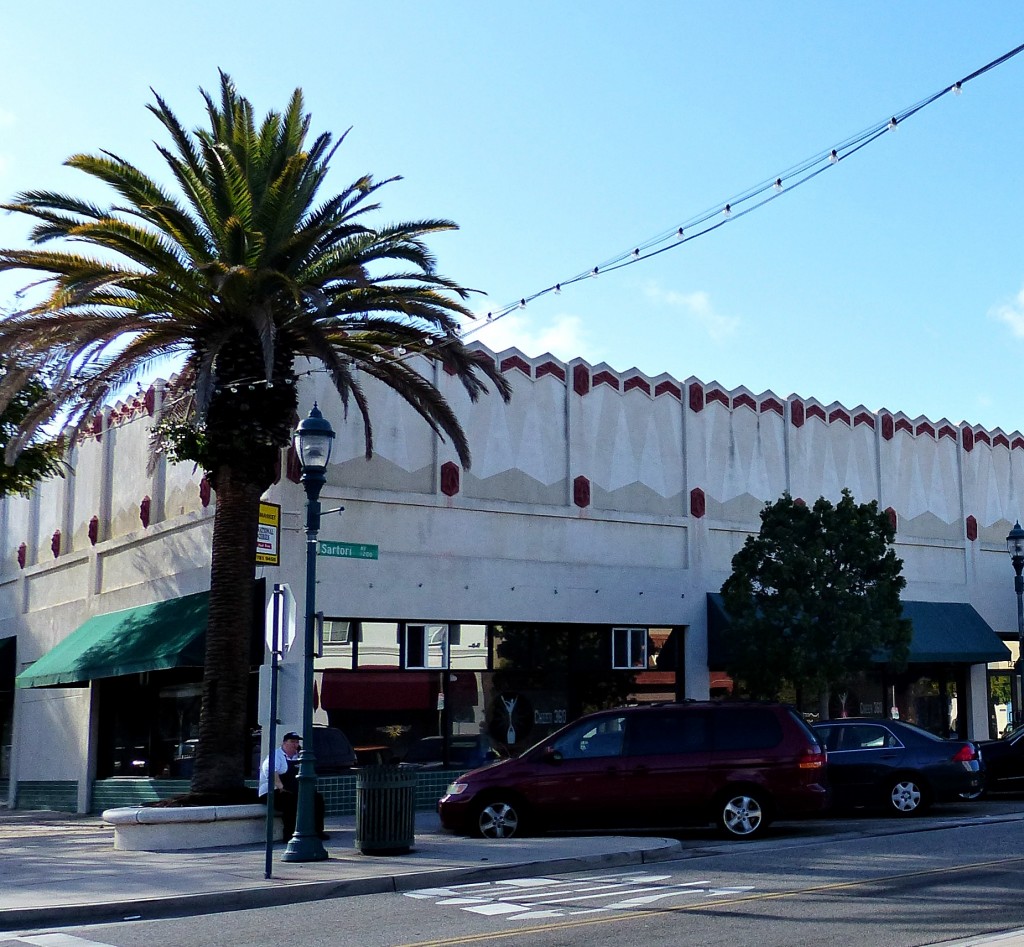 I wonder if what stood here originally fell in the earthquake, this is definitely Art Deco. Since the city was built in 1912, my guess is this replaced another building after the quake. 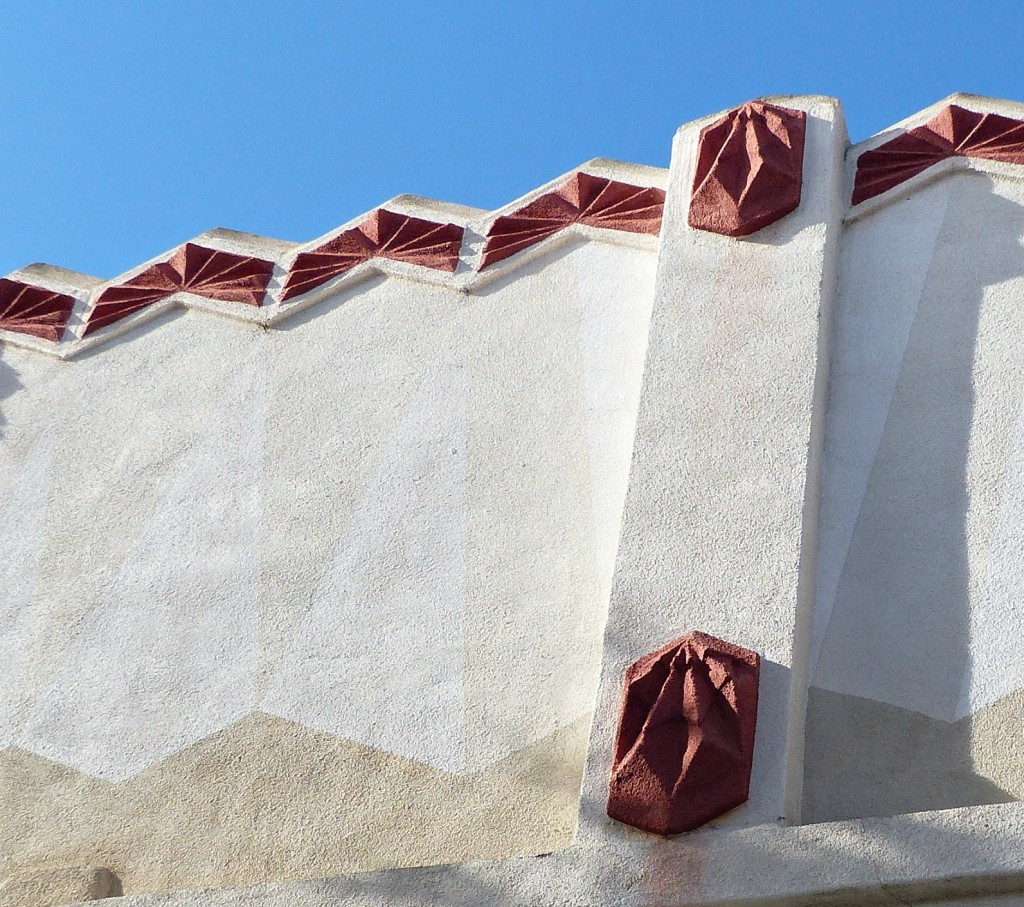 Loving the simple Art Deco both is the terra cotta and the paint. So many buildings all over the area are lovely simple Art Deco, I hope this one survives. 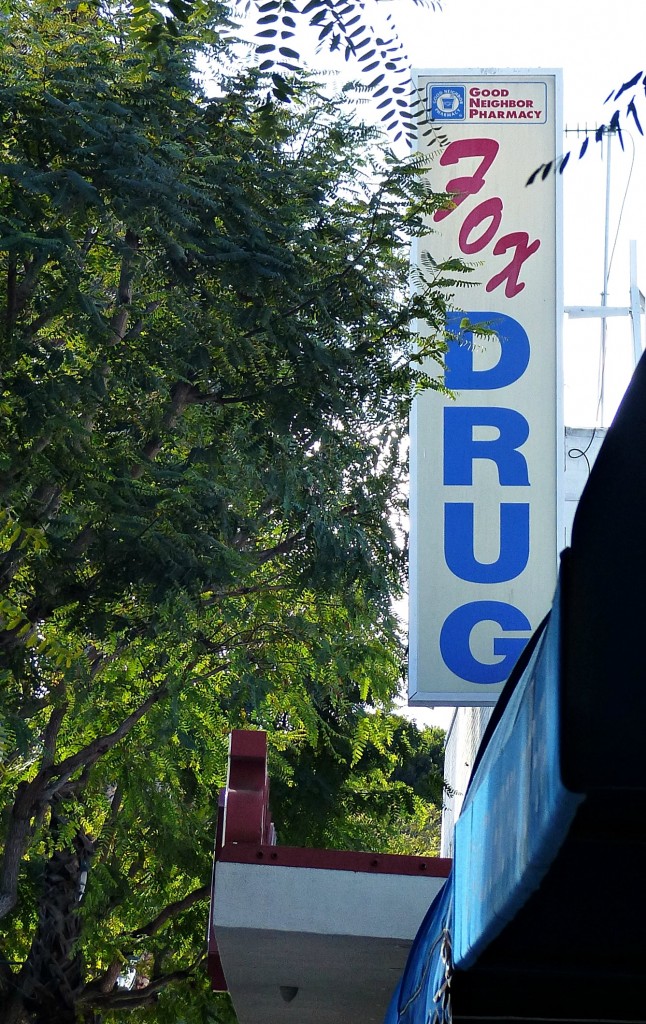 This blade advertising could be from the 30s’ or maybe the 50s.

Buffy’s lasted for 50 years but is no more.  A nod to what would be filmed here in this next photo.

Torrance High School was built in 1917, This was the original building, many others were added through the years. You may recognize this as the Sunnydale High school from Buffy the Vampire slayer, or as Beverly Hills 90210 – the original series. 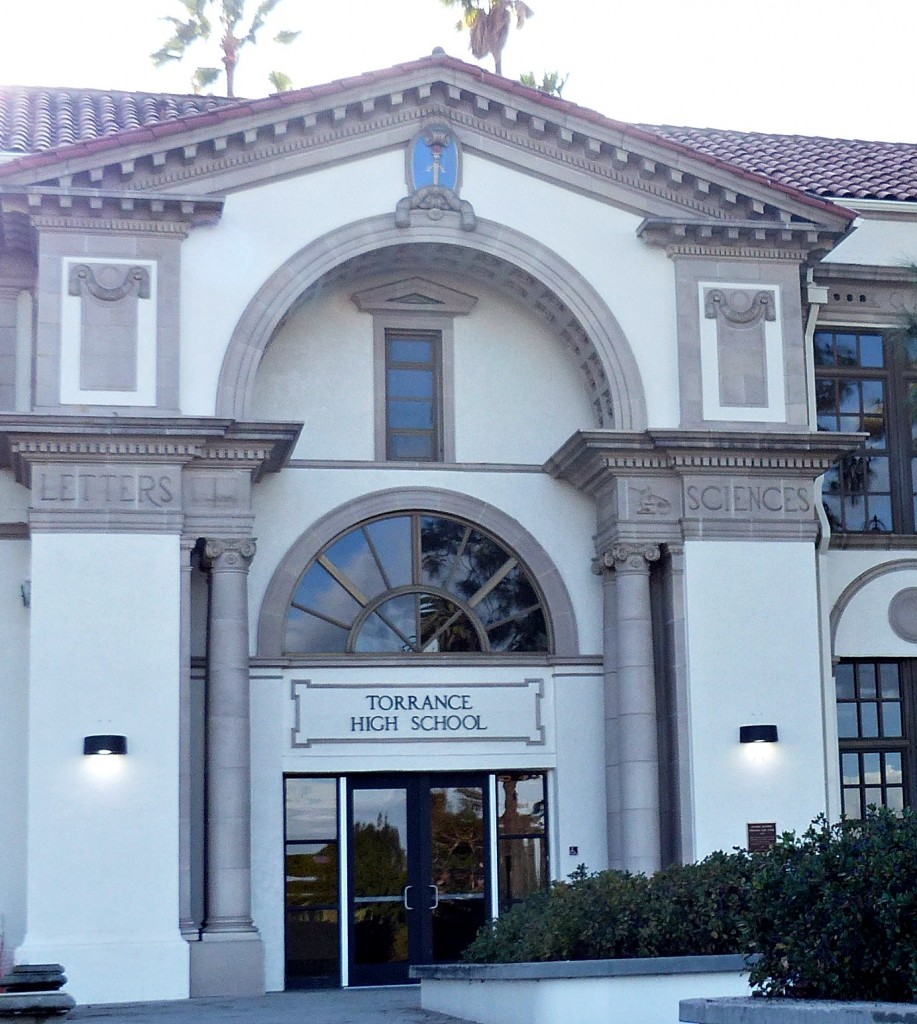 Beaux Art, perfect for a School,  they don’t build them this way anymore.