A book we received for our anniversary. 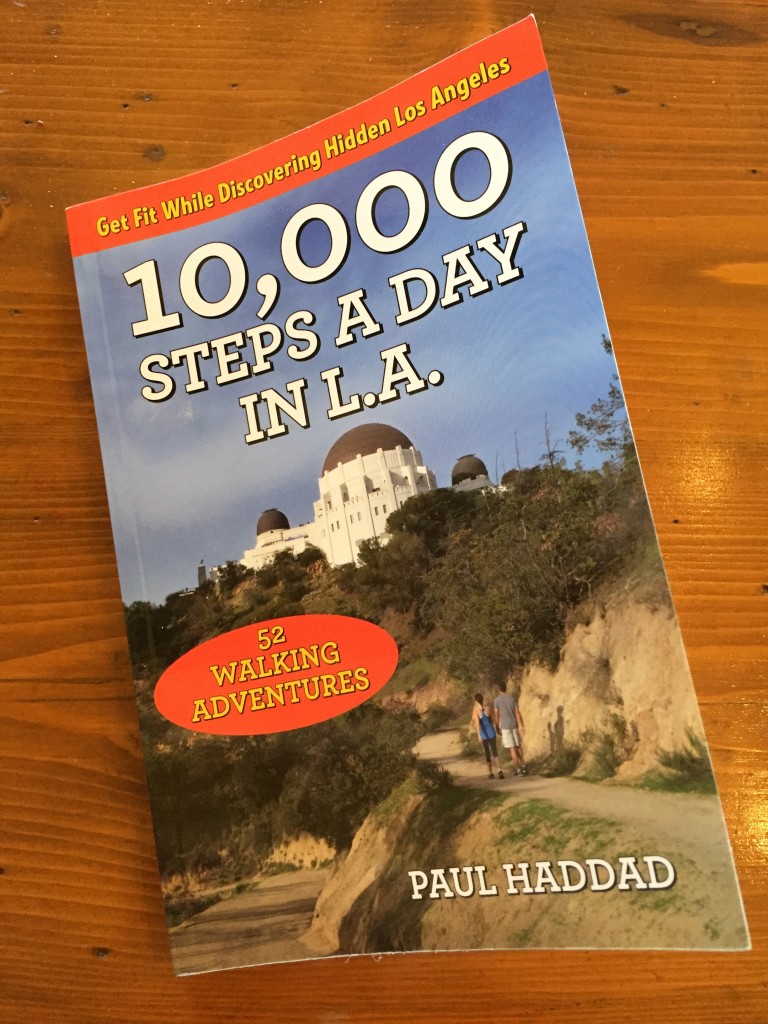 I am really enjoying the all the books that offer walking options in LA, each has it’s own spin.  We chose a walk close to home, from North Hollywood to Burbank and back. This is an area I drive through a lot, but of course walking is a whole new experience.

Have you heard of the Whitnall Highway? 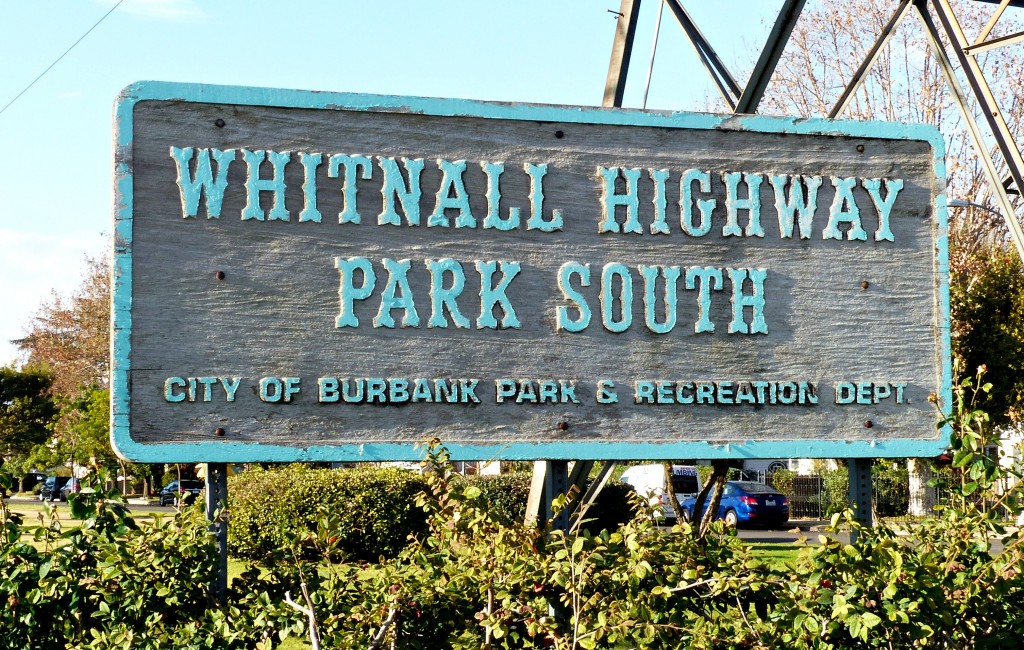 I had seen the signs, I had driven by this park, I even wondered why this large swatch of open space exists in a very dense part of the valley.  Now I have my answers.

George Gordon Whitnall was a pioneer in the field of city planning.  He designed this highway alongside the power lines.  The book describes this as a proposed Freeway, but the Whitnall Freeway was a different plan that never came to fruition either.

Starting at Cleon and Whitnall Highway in North Hollywood, the power towers dominate the skyline. 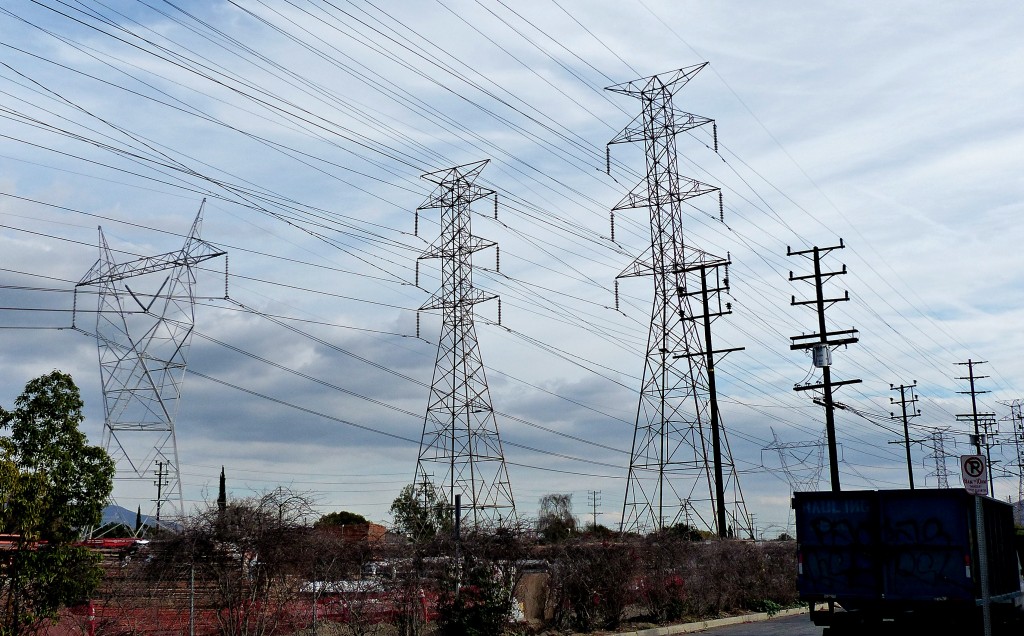 Nothing permanent can be built underneath them. So here it is just a dirty wasteland. On either side are the residential streets, small homes and apartment buildings. 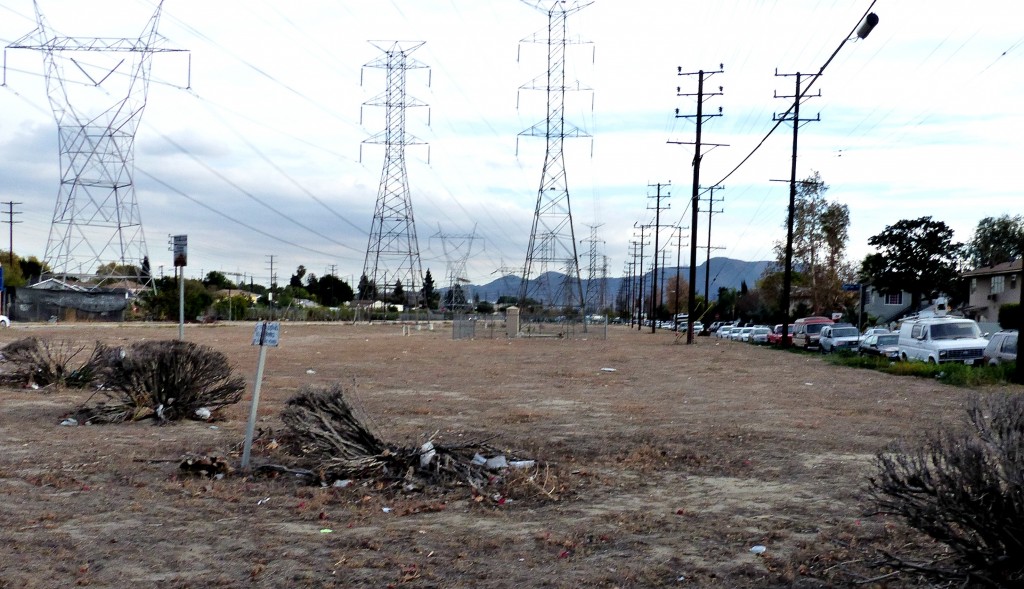 A business that flourishes under power lines are nurseries, they often lease this land for their plants, since they can be easily moved. 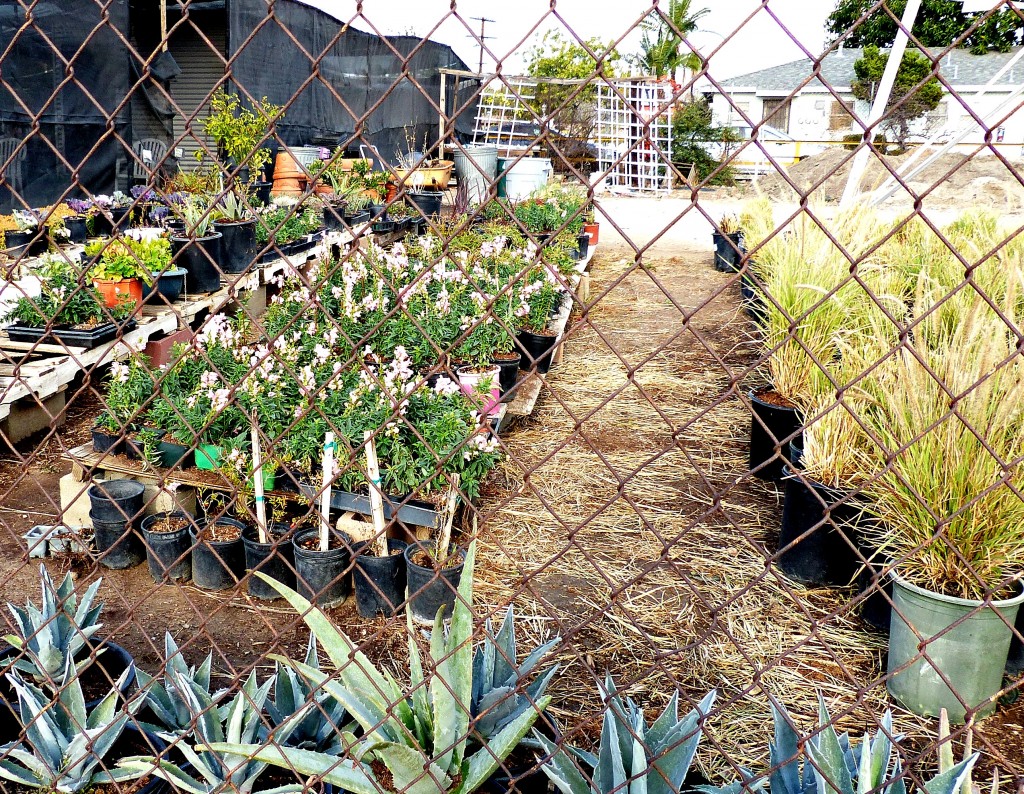 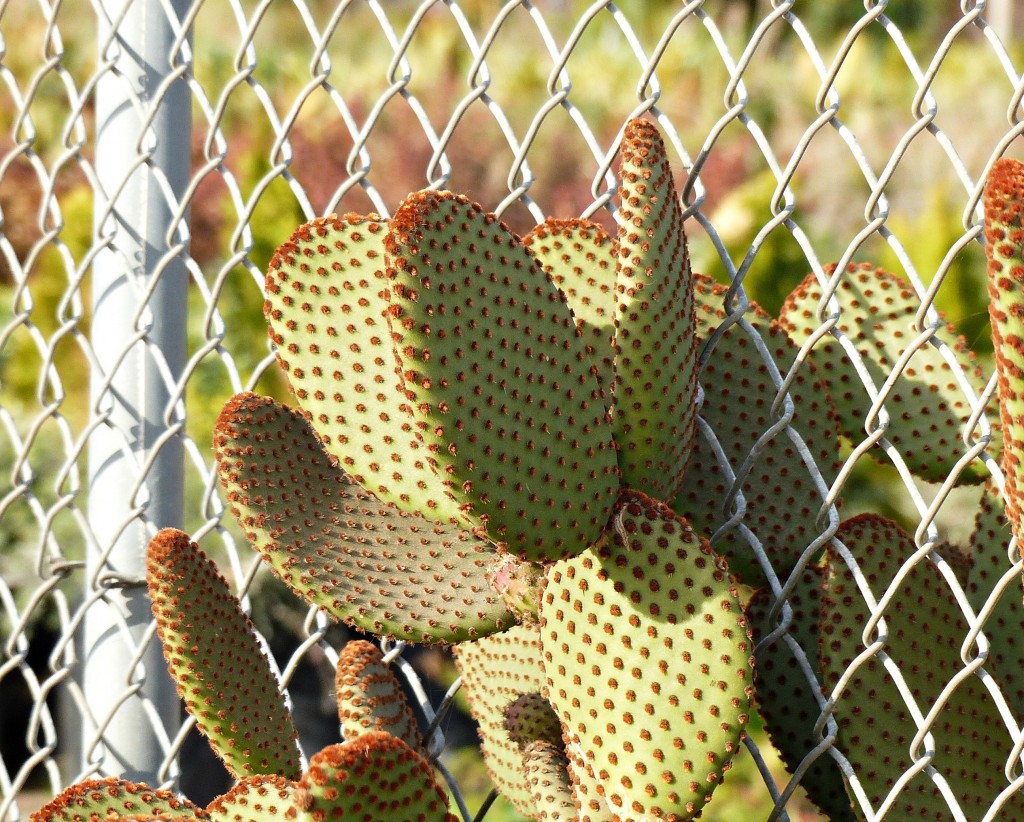 Another use is a dog park. 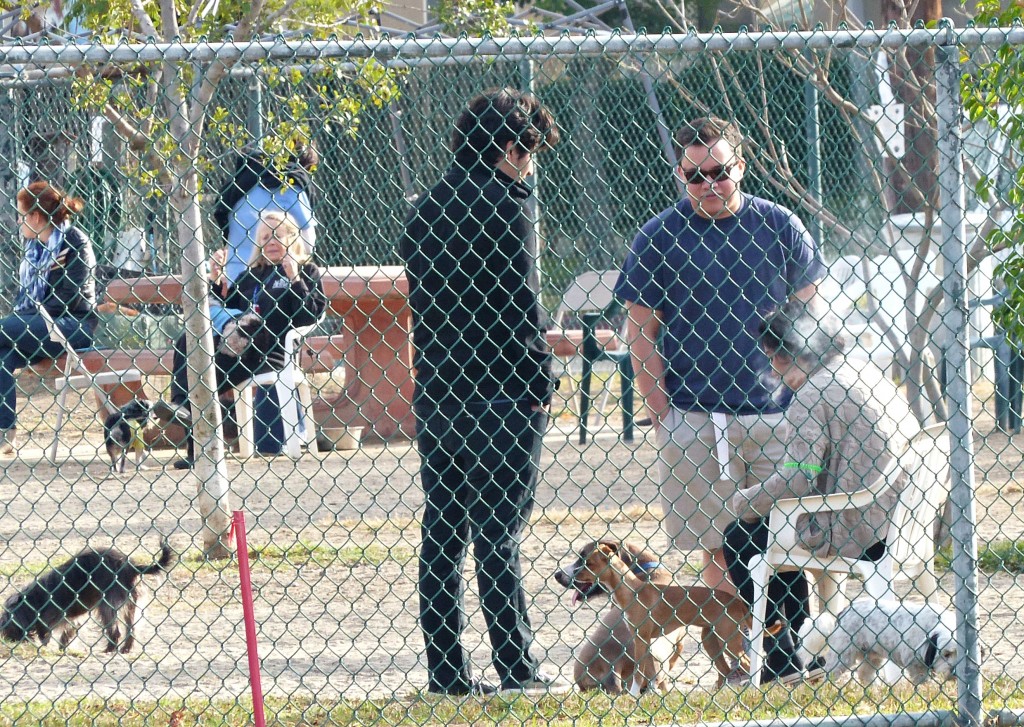 A very large area, rather two fenced in areas with a lot of people and dogs. 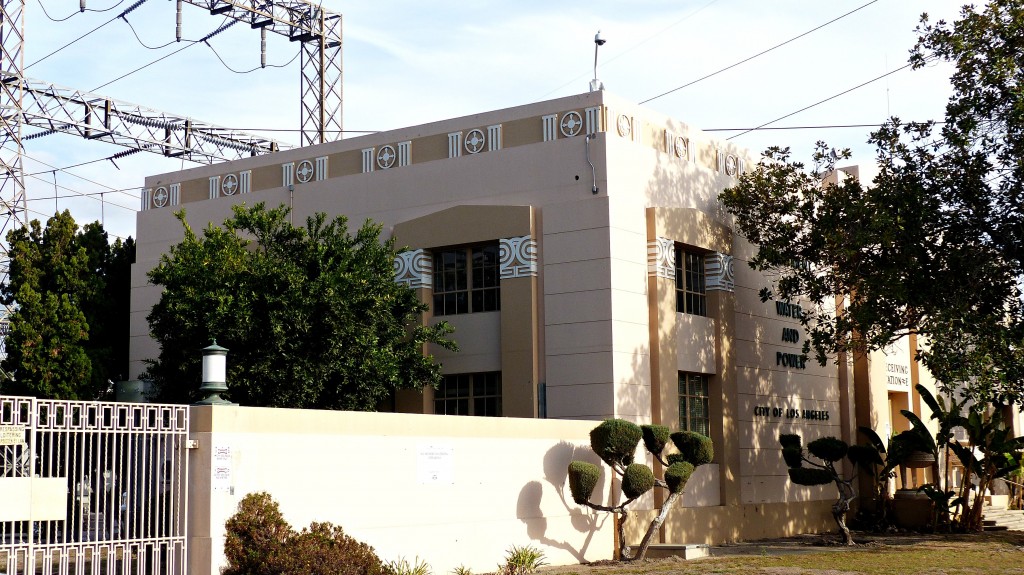 The design elements don’t refer to any particular historic period, they are simply decorative. 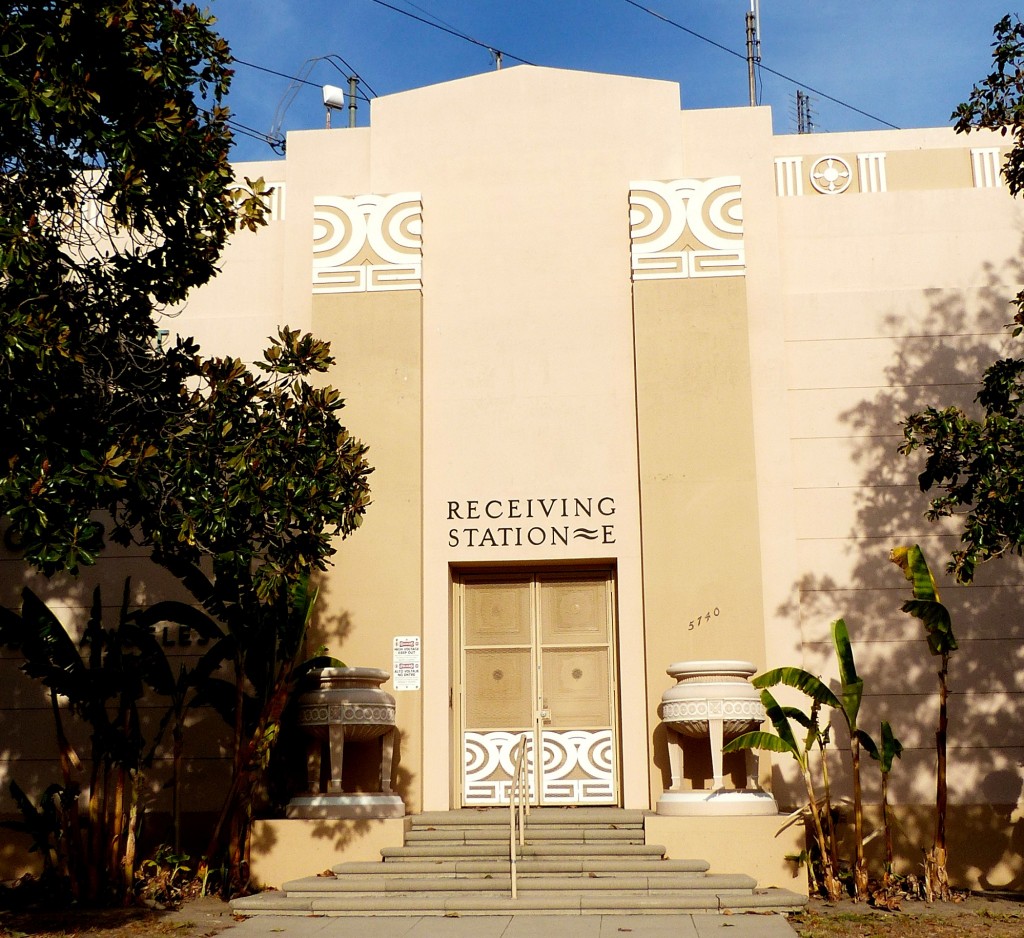 I do love this urn, part classical, part whatever the designer wanted to do. A real mishmash. The banana leaves give it another lovely So Cal touch. 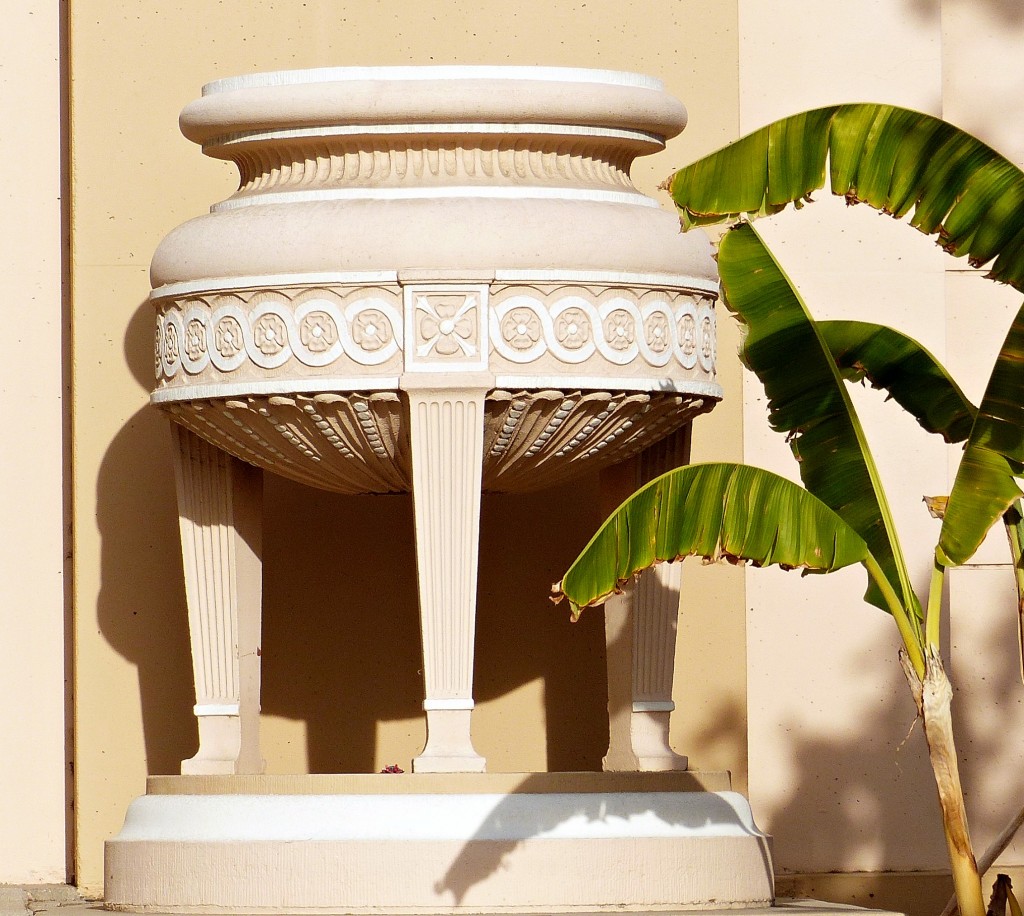 Then we enter Burbank and things change. 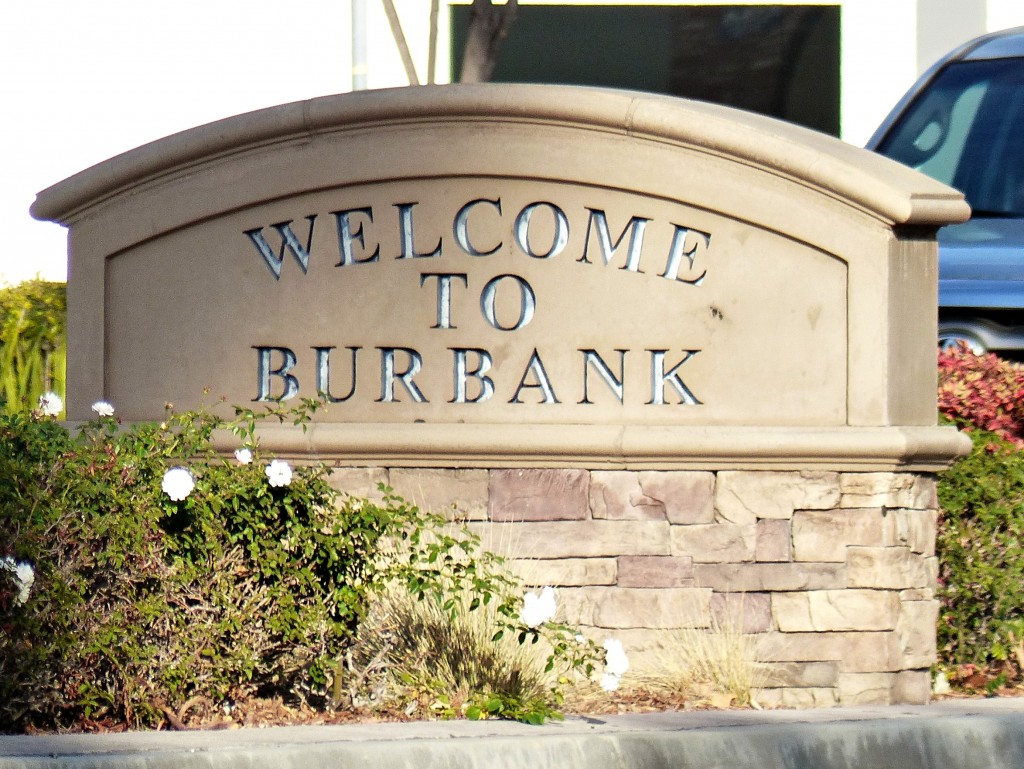 Burbank unlike North Hollywood spent money to make this median a real park. 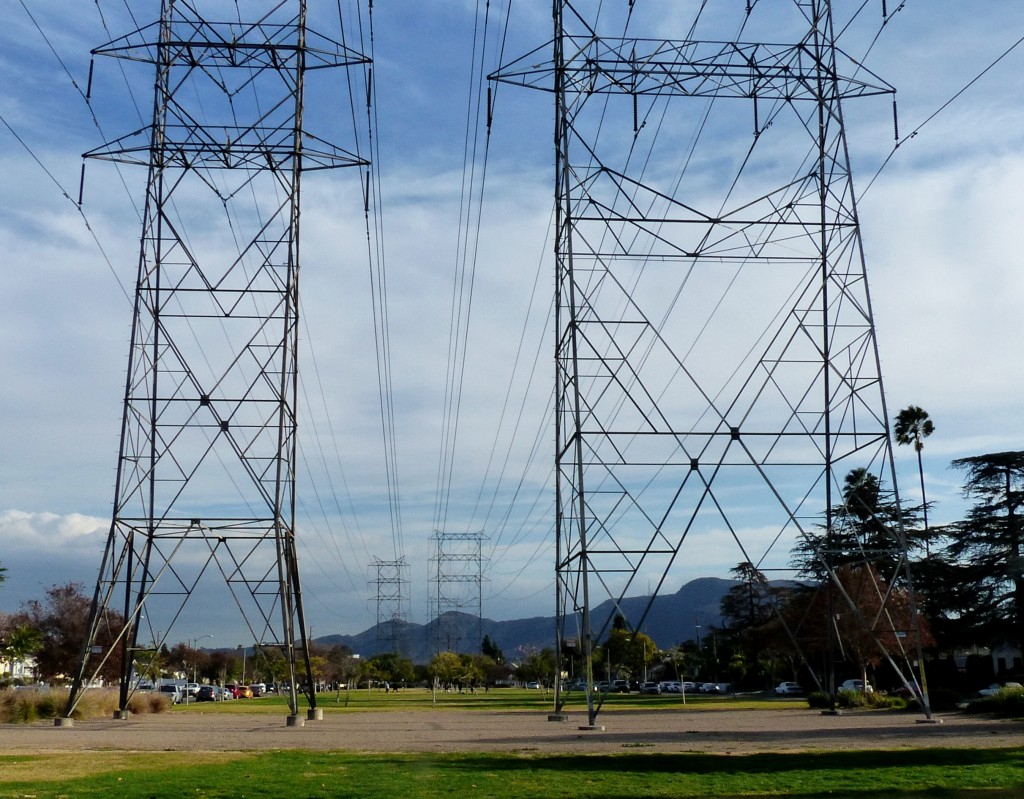 With grass, people playing soccer as well as a jogging trail and workout equipment. 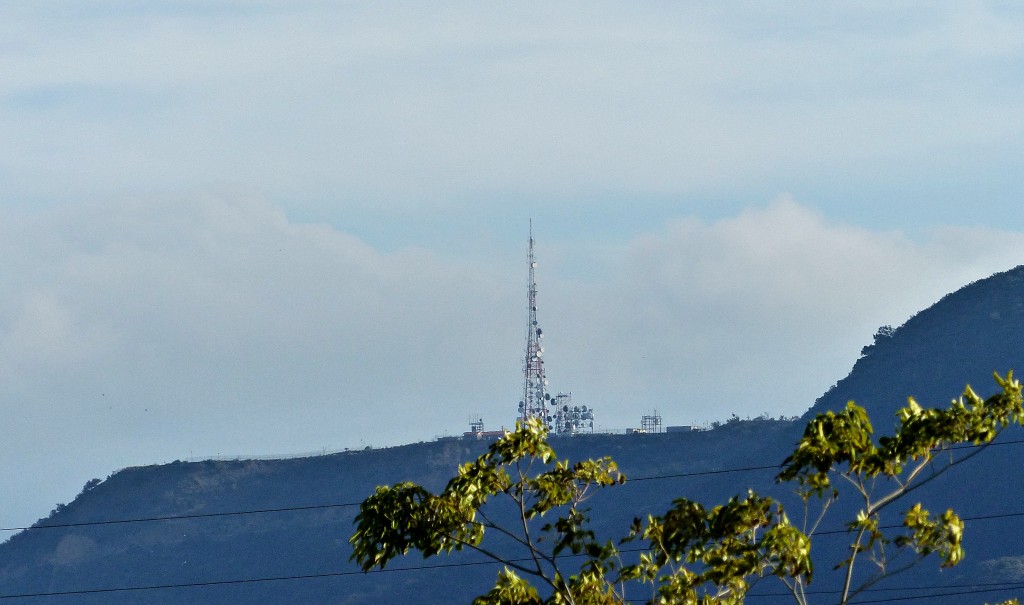 In the original plan for the highway, there was meant to be a two mile tunnel under Griffith Park. Here is the view up to Mt. Lee, on the other side of these Radio towers is the famous Hollywood Sign.  You notice how flat this is, man made flat. Mr. Lee planned to build a mega mansion in the 1930s and leveled out the rounded peak.  The home was never built but the towers uses this land.

While walking in the park we came across a fallen bird’s nest. 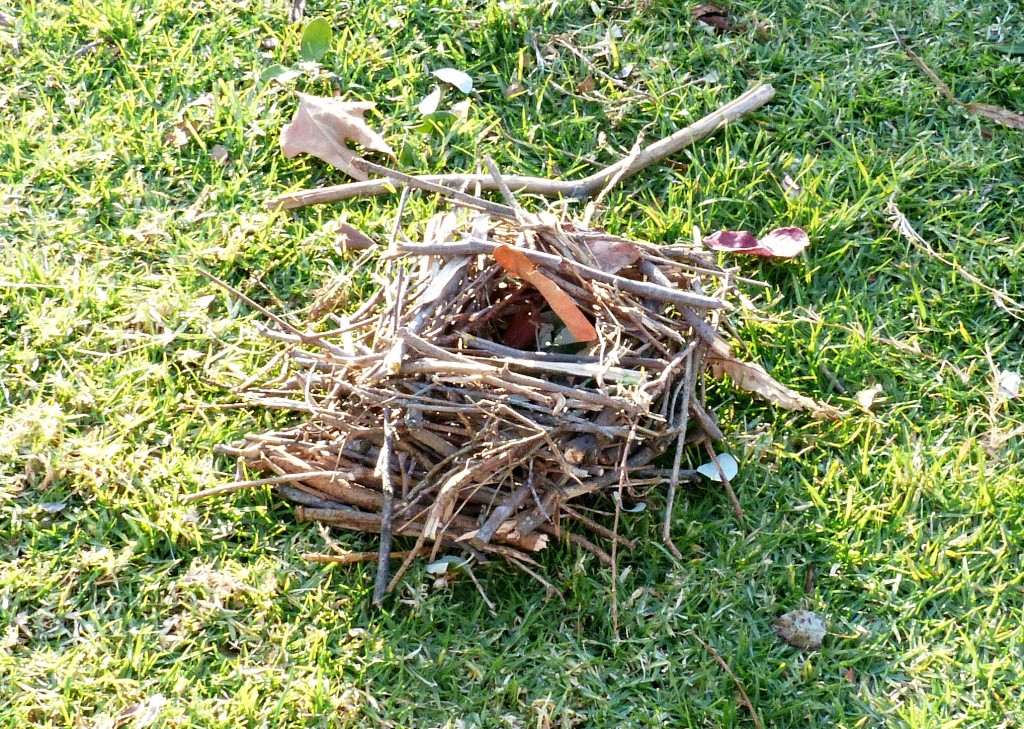 The engineering is amazing, not sure this was ever uses since a bird will usually line the nest with softer material and this one is lacking that. So maybe it blew down before the bird finished the job.

The highway of course was never completed, even the sections between Burbank and North Hollywood weren’t graded. So today between many of the homes there are plots of empty land with towers right between the homes.

Next up, other sights on the walk.