Last week someone pooh-poohed people saying Merry Christmas to one another, rather than simply saying Happy Holidays. I informed her that as a Jew in America, I love having people wish me Merry Christmas. Unlike Europe, where Jews really had to hide during the Christmas season. Unfortunately – Christmas season in Europe isn’t the problem for Jews anymore, it’s all year round.

So in my love of Christmas I am sharing the many Christmas Trees and decorations I’m seeing. I do have to say, that most of the muzak Christmas music gets old within a day, but some stores are sharing lovely versions – which I also enjoy. 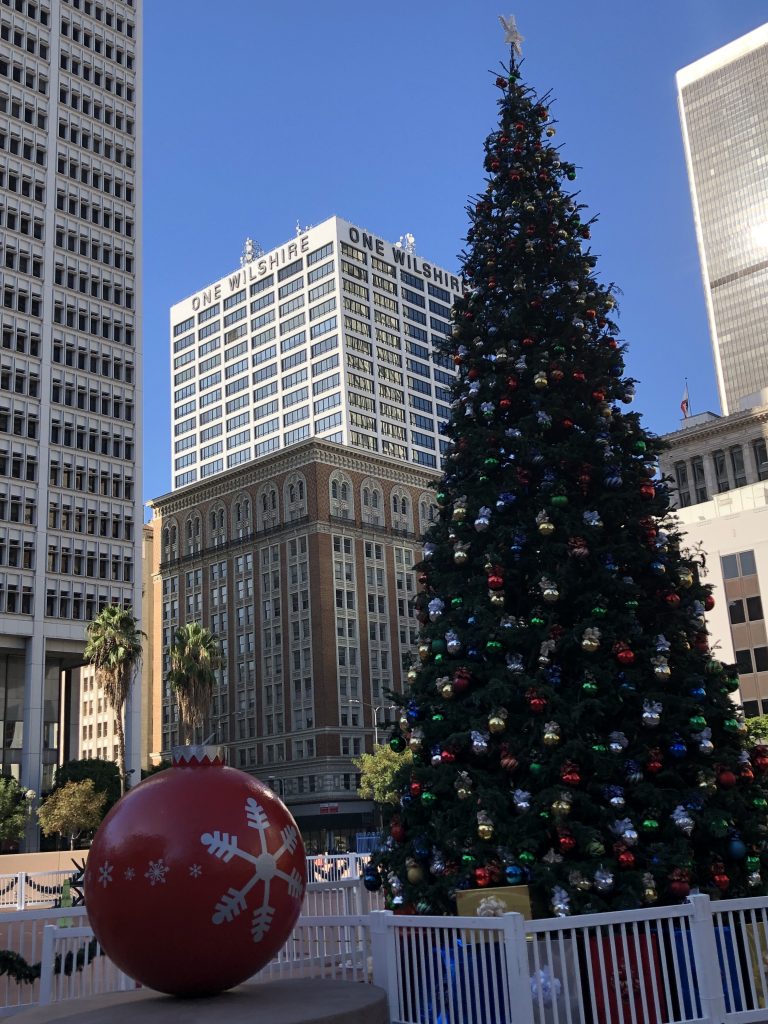 Pershing Square has put up both a tree and a very large ornament. 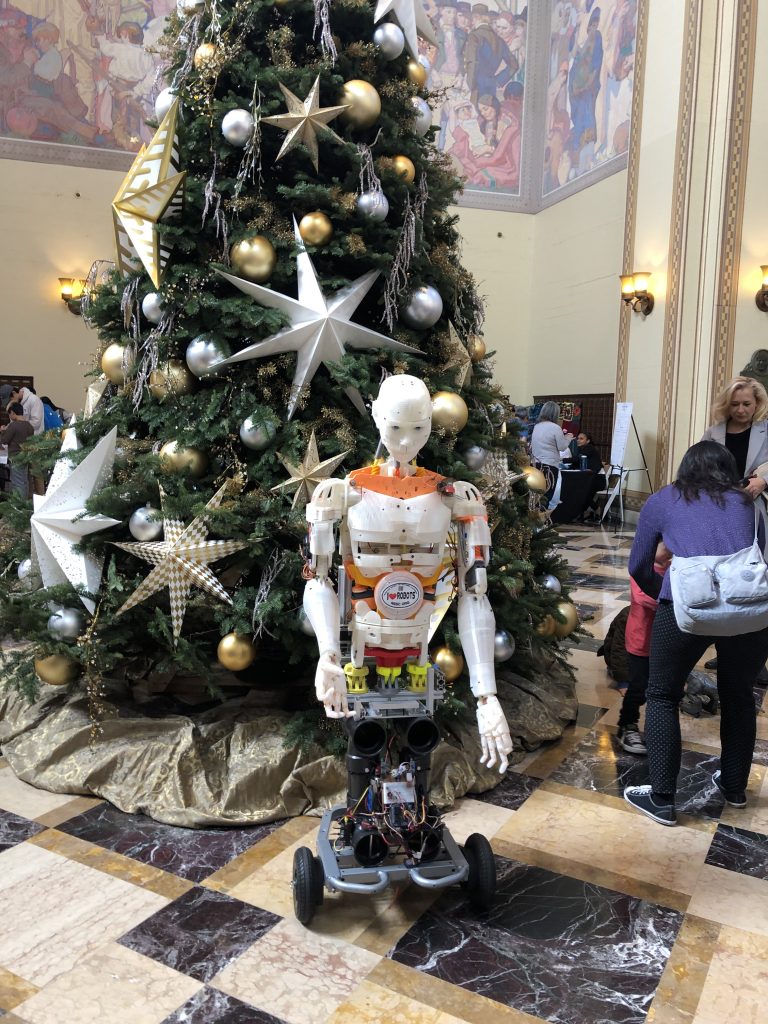 Central Library not only has a tree, that had an event full of robots! I was giving my tour, so couldn’t just stop and admire all of them. Plenty of kids and families were! I had to hide off in a corner to give my schpiel it was so crowded. 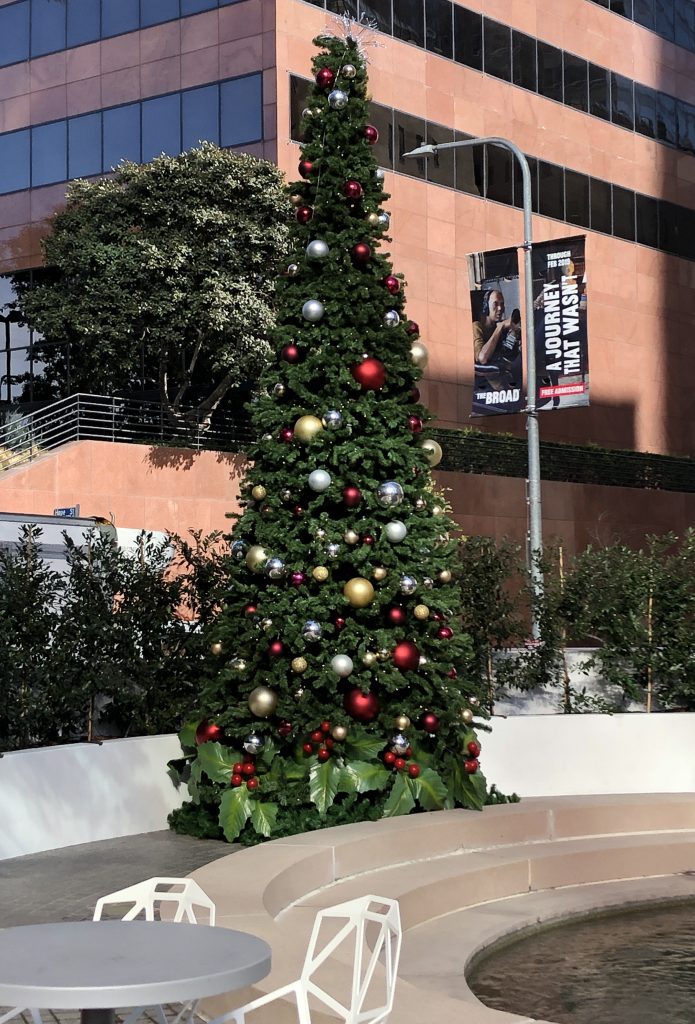 A Christmas tree at the top of Bunker Hill Steps. 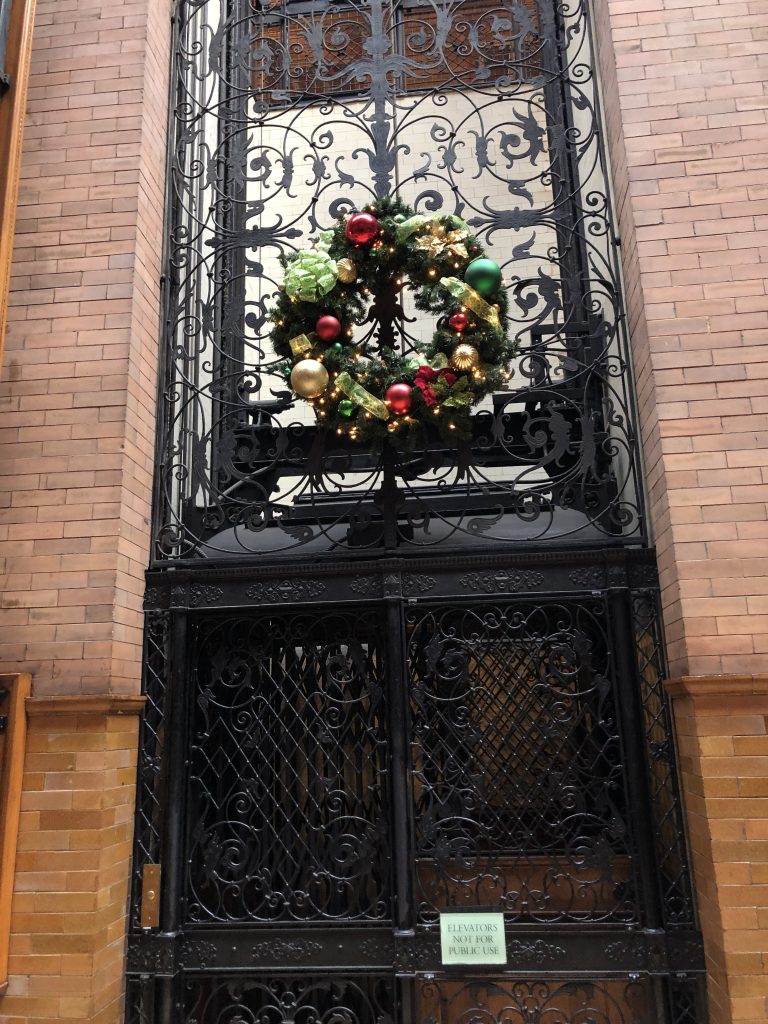 And of course, the Bradbury building has many lovely decorations, this is just one of them, on the elevator cage.

I spend Tuesdays at sew days at Quilt n Things in Alta Dena. I got there a little early so I could walk around through the neighborhood. 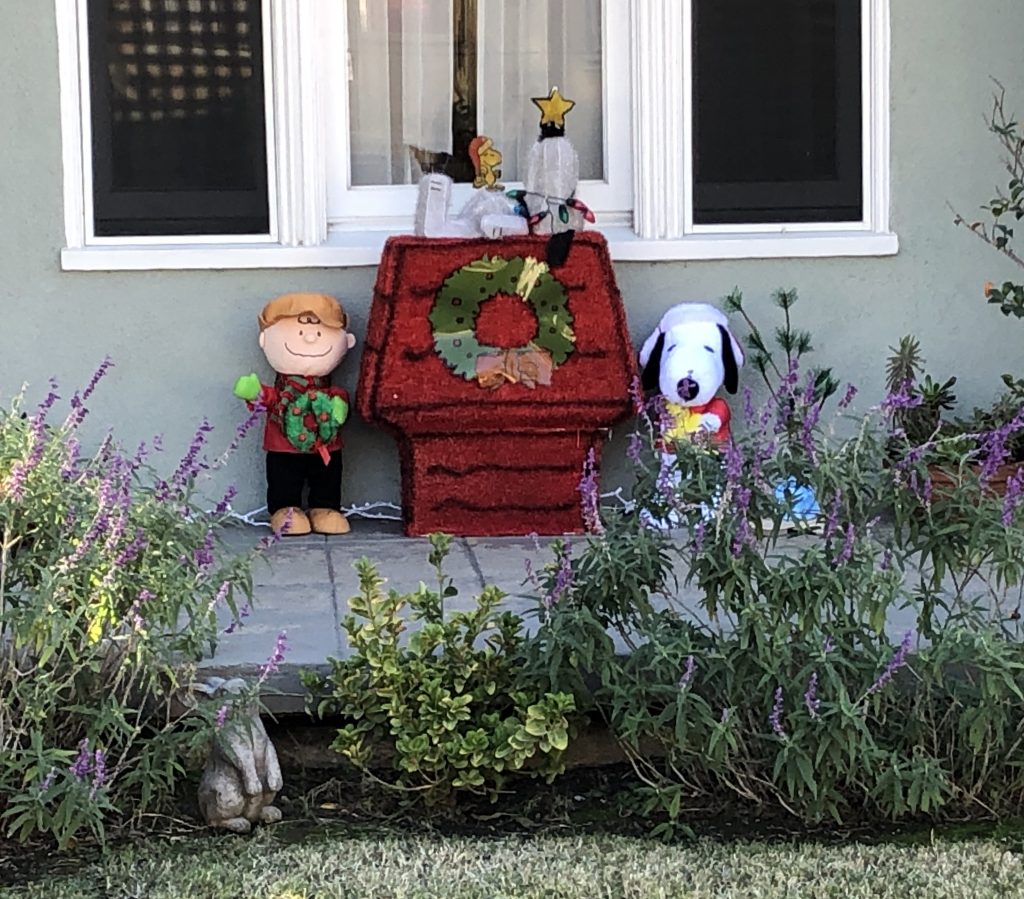 I love old fashioned peanuts decorations. Notice the bunny hiding among the lavender. I think he is permanent. 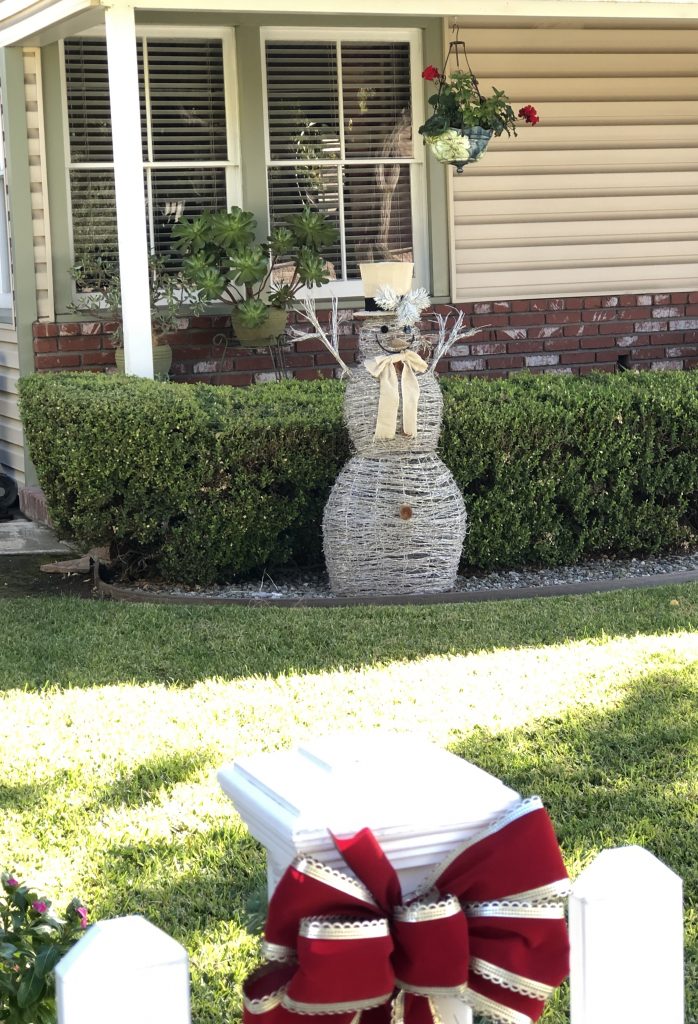 Christmas in So Cal! Bright and sunny. A fabric bow on the fence, instead of an inflatable snowman, we have these metal ones that light up. Notice, the red geranium is blooming away, adding to the colors of the season. 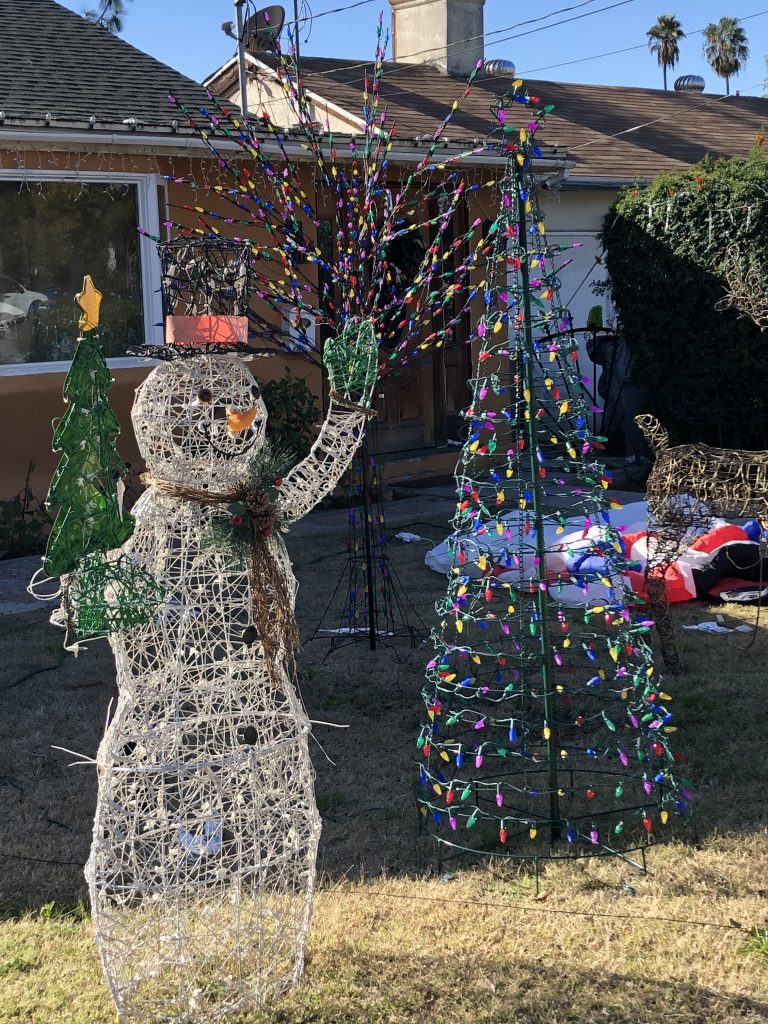 This would be so much better viewed at night! 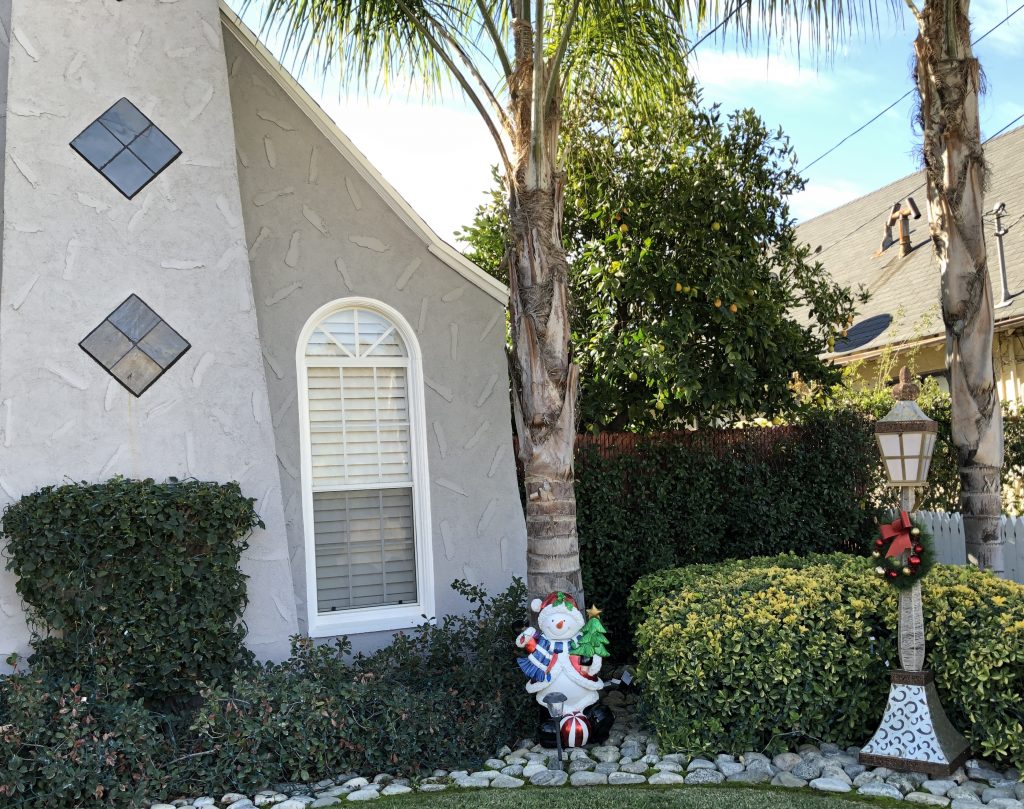 Simple decorations, I need to walk around and just take pictures of the homes. So many styles. 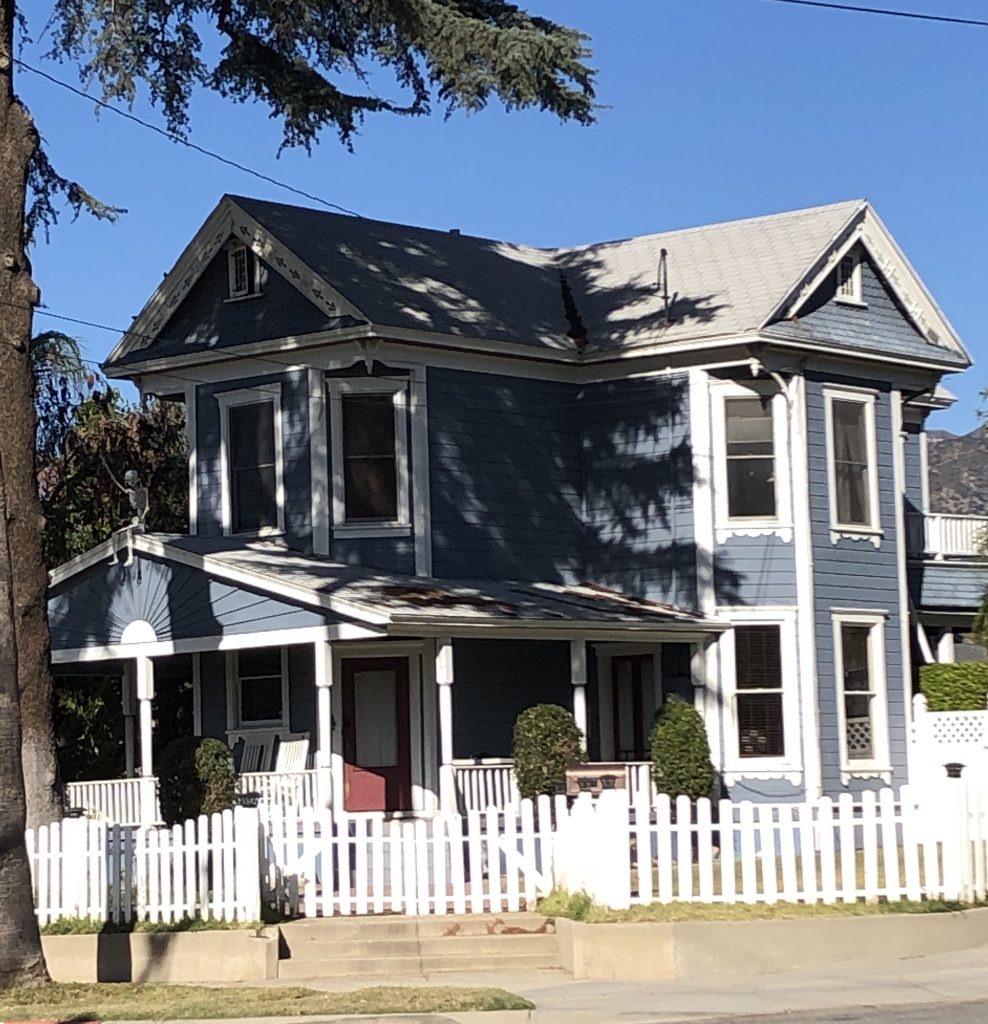 Like this Victorian that hasn’t gotten around to decorating for Christmas, but still has a skeleton leftover from Halloween. Or maybe he just sits there year round?