I was taking pictures of the details. I missed taking a picture of the floor, which is very distinctive. I was concentration on metal grills and tile. 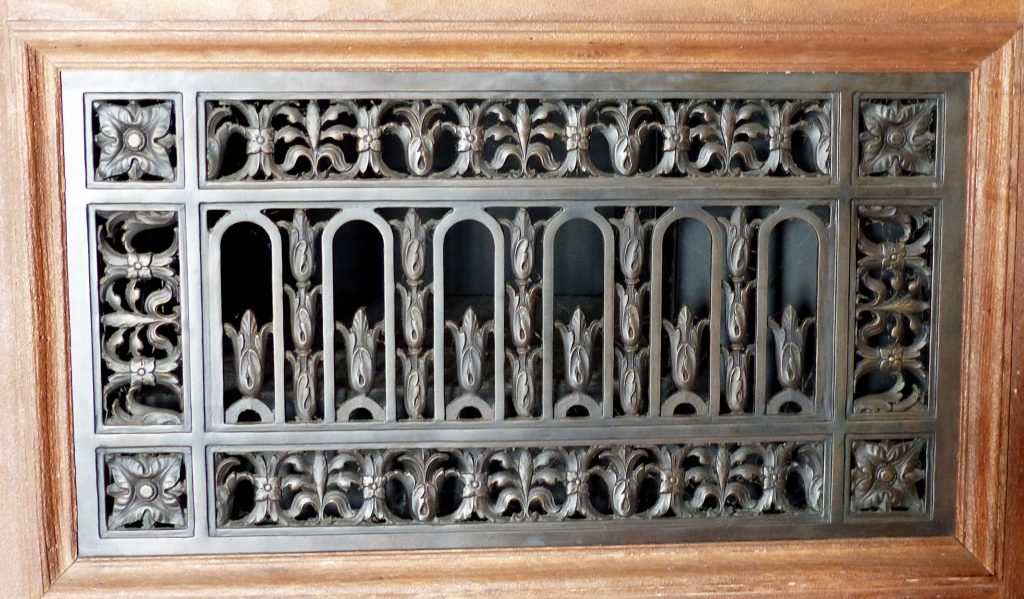 This one really caught my attention, I have no idea who made these cast iron grill covers. But this one, with what looks like ears of corn, reminds me of the cast iron fences at the Banning House in Wilmington CA, as well as the Cornstalk hotel in New Orleans. A closer look shows that it probably isn’t corn, but that’s what I see. 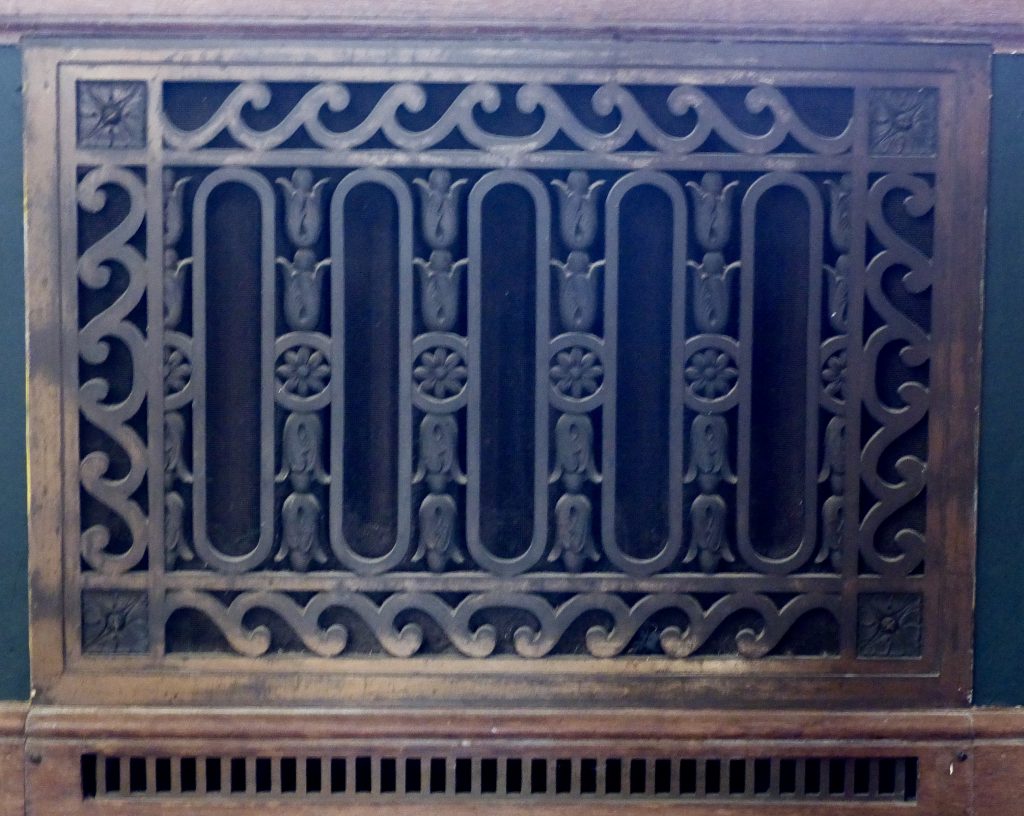 No two grills were alike, this is a much more stylized version- more Art Deco? 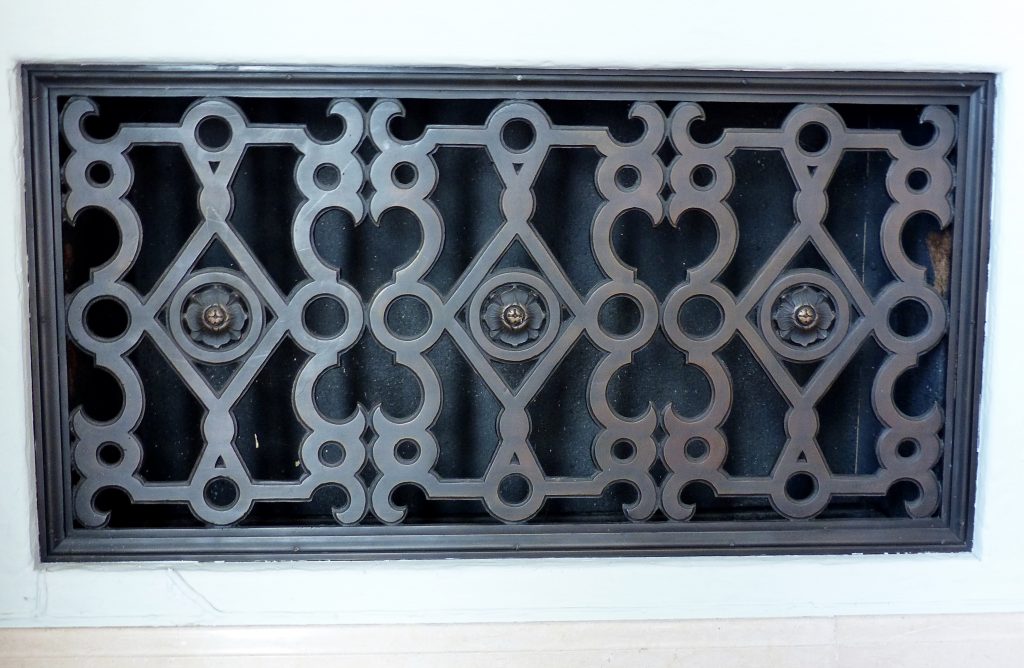 Another one with that bold graphic feel. 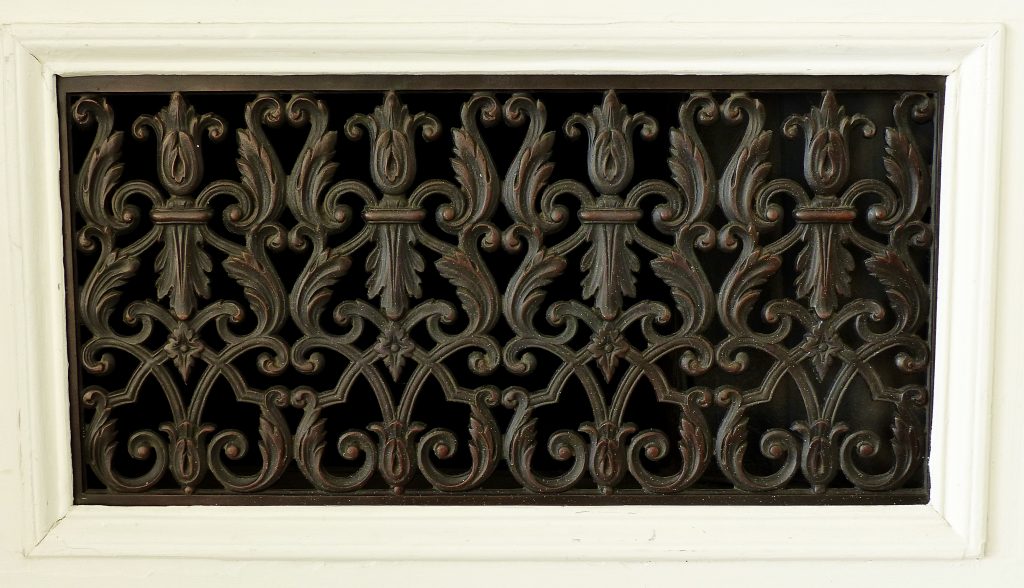 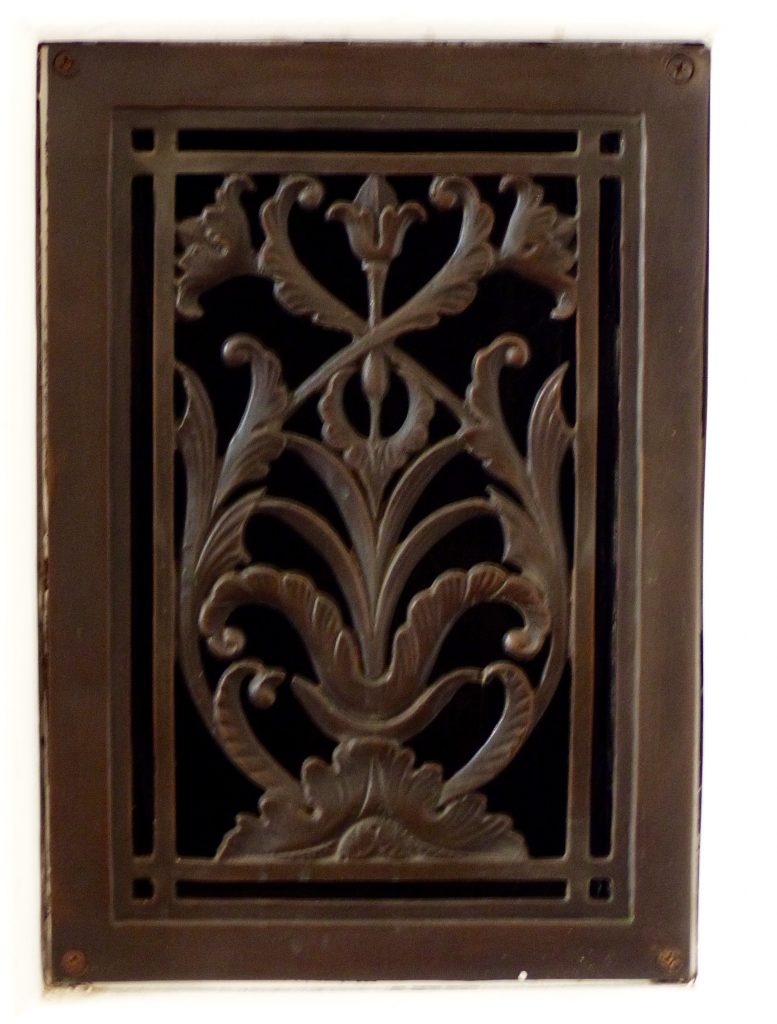 Very ornate. Much more in the Beaux Art or Art Nouveau feel. Yes, I was getting down on my knees as the crowd milled around, taking these pictures. I told you, I really like the details. 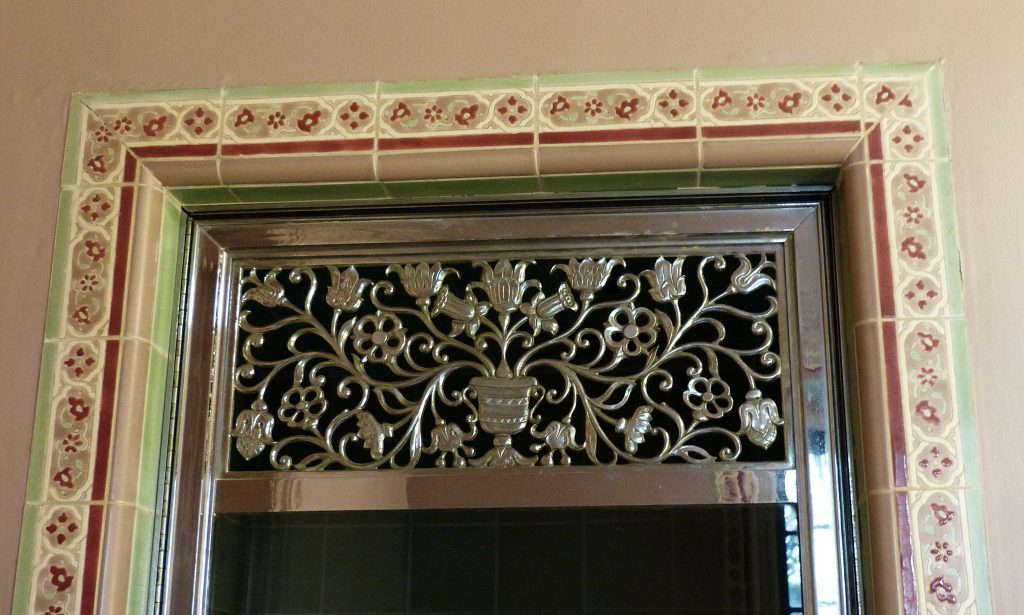 The bathrooms are where the tile is. Back in those days, the shower stall was it’s own little room. In order to ventilate, there was a lovely metal grill over the glass door. Here is an example. Once again, they were different in each bathroom. 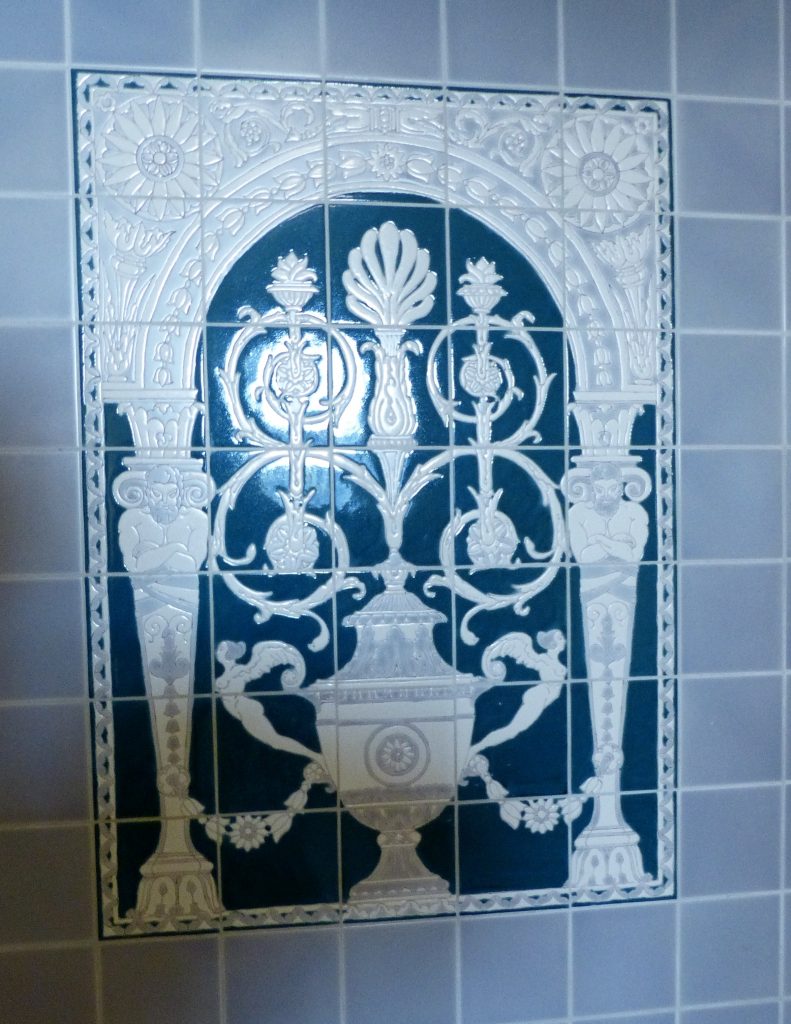 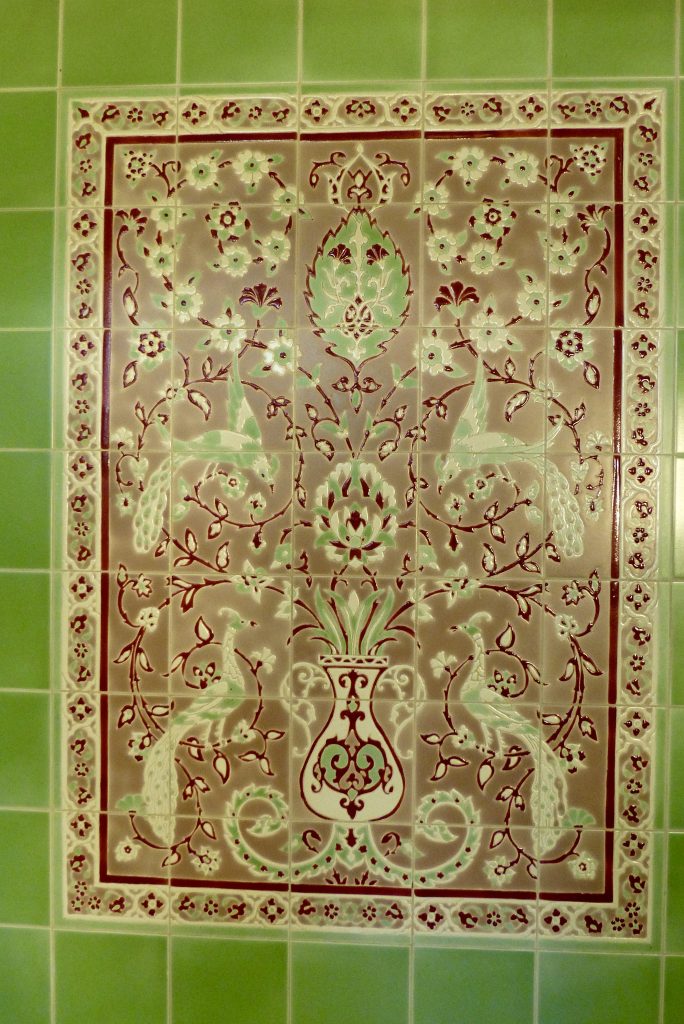 All of these are above the bathtubs. Plenty of space to create these panels. You can tell that the green and red shower and bath are in the same room. 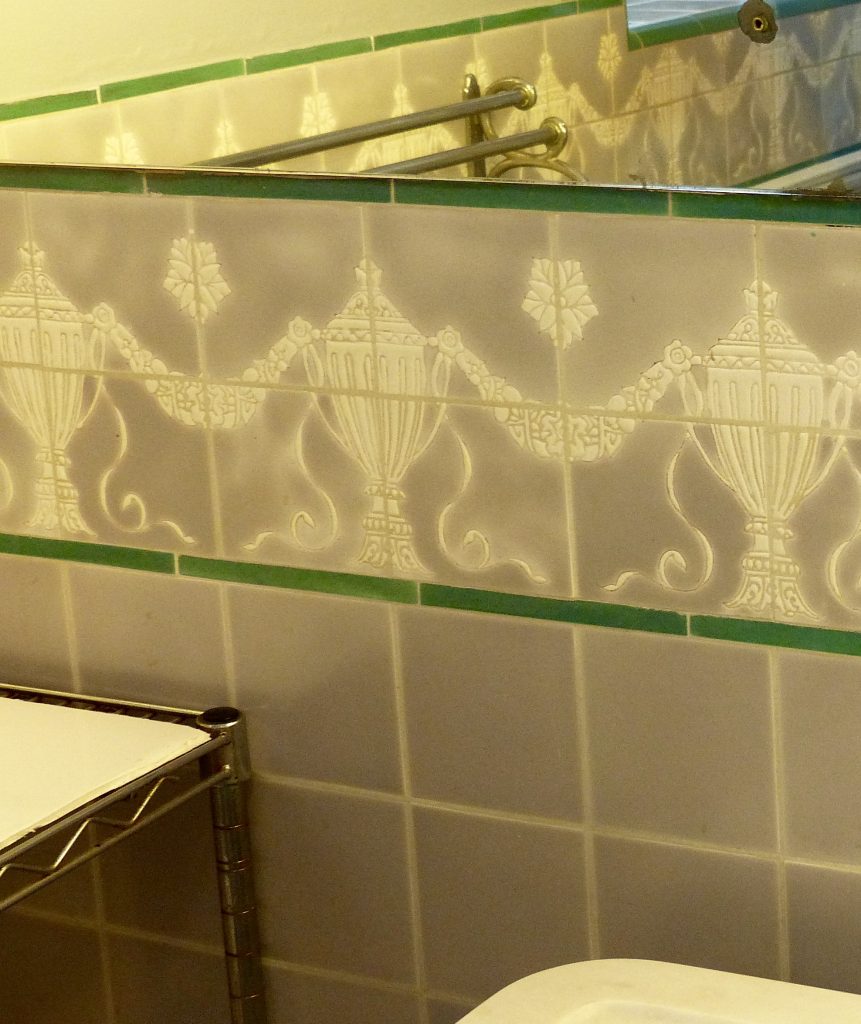 The grey Greek themed bathroom. At this point I don’t remember who’s it was. Boy? Girl? Who knows, but the tile artists sure had a lot of fun in this house. 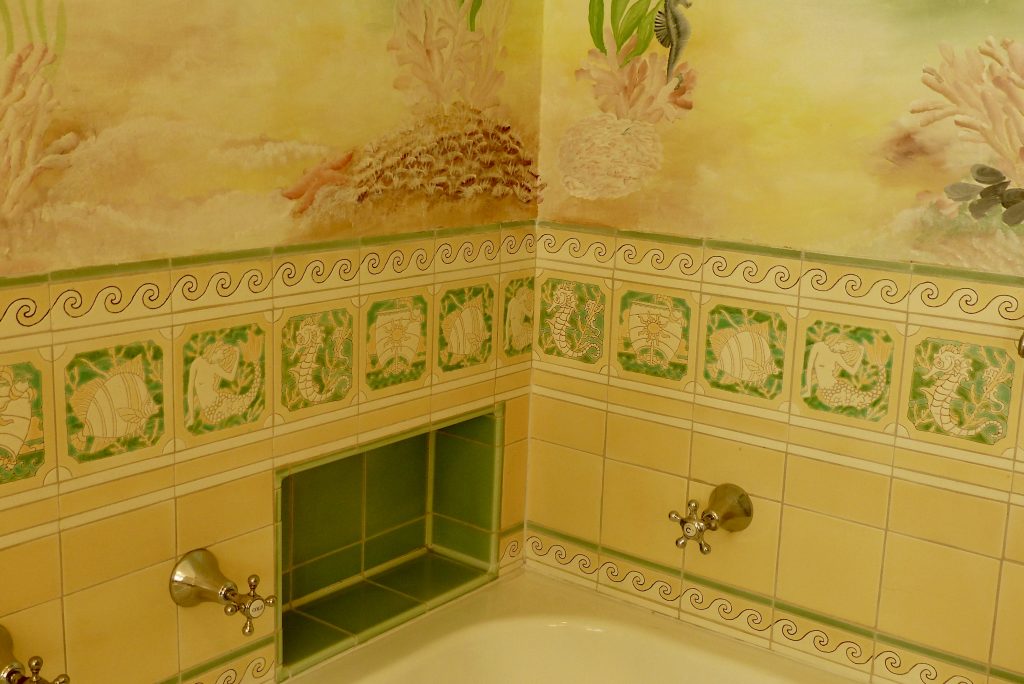 This was from one of the boys bathrooms. Sea theme. I guess I should have gotten a better image of the mural. But I didn’t, I went for the tile. I also have no idea how old the mural is. All the tiles look original – that was how bathrooms were tiled in the 20s and 30s. Even more modest homes had lovely tile. The mural looks much more modern. 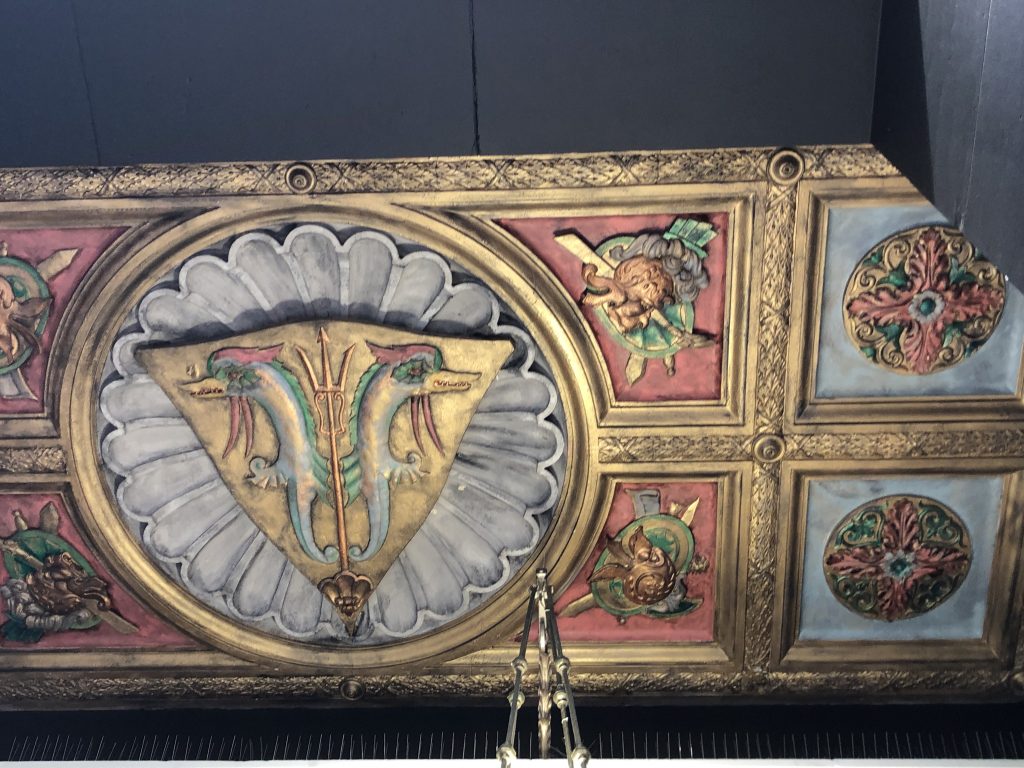 OK, this isn’t from Greystone, it isn’t tile. But I had to include it somewhere. This is a painted plaster foyer in a building downtown. I love when the old buildings maintain their public artwork. 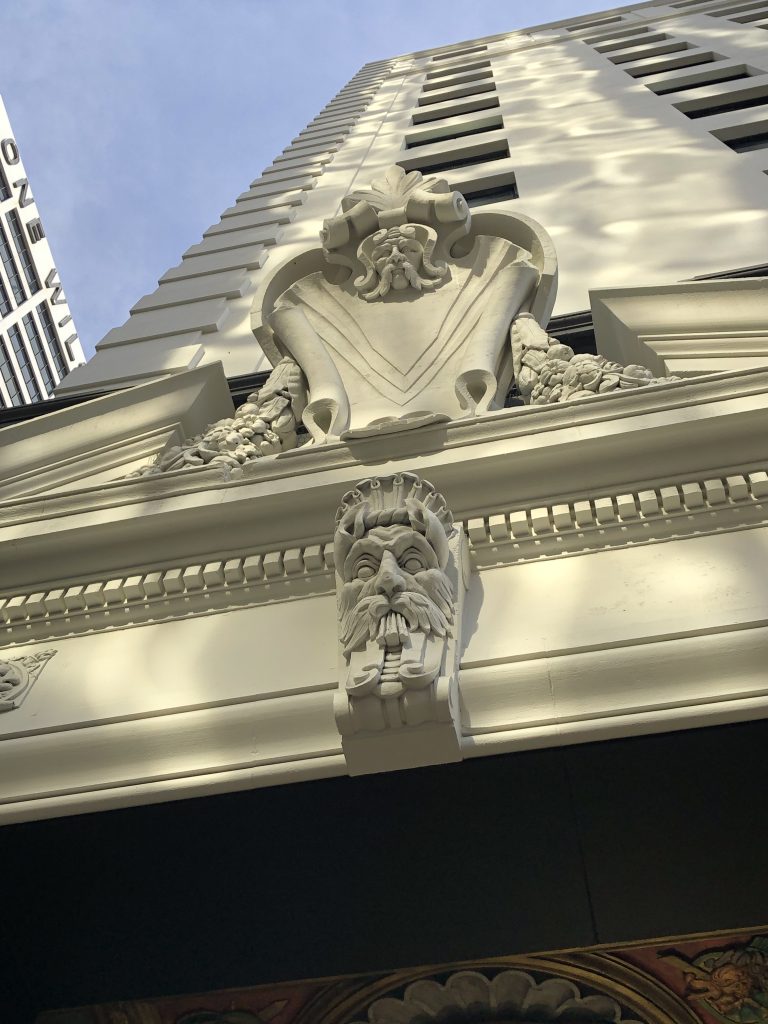