For years I had heard about Greystone Mansion, the home built in 1928 for the son of Edward Doheny, the Oil Magnate. I knew that the gardens are open to the public, the 18 acres are owned by the city of Beverly Hills. I just never got there. There are opportunities, concerts, other events that take place in the house, once again. I never got there. 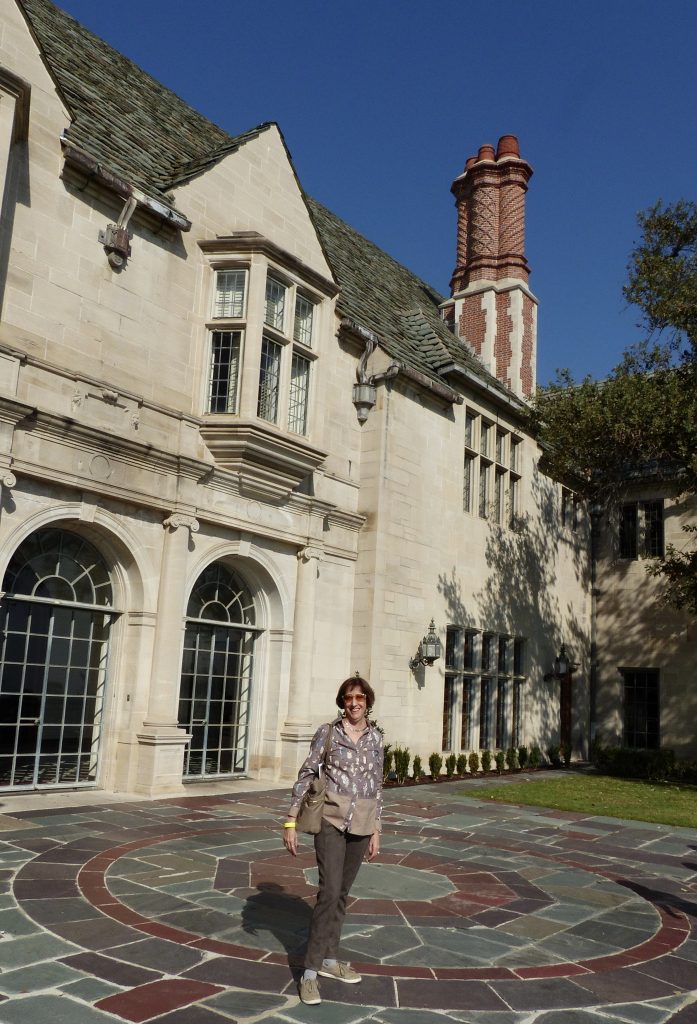 So when Friends of Greystone offered a tour, I jumped on the opportunity! I think it was a great success, so they will probably do this again. This is the largest historic private home south of Hearst Castle. Hearst Castle dwarfs this, but still this is very impressive. 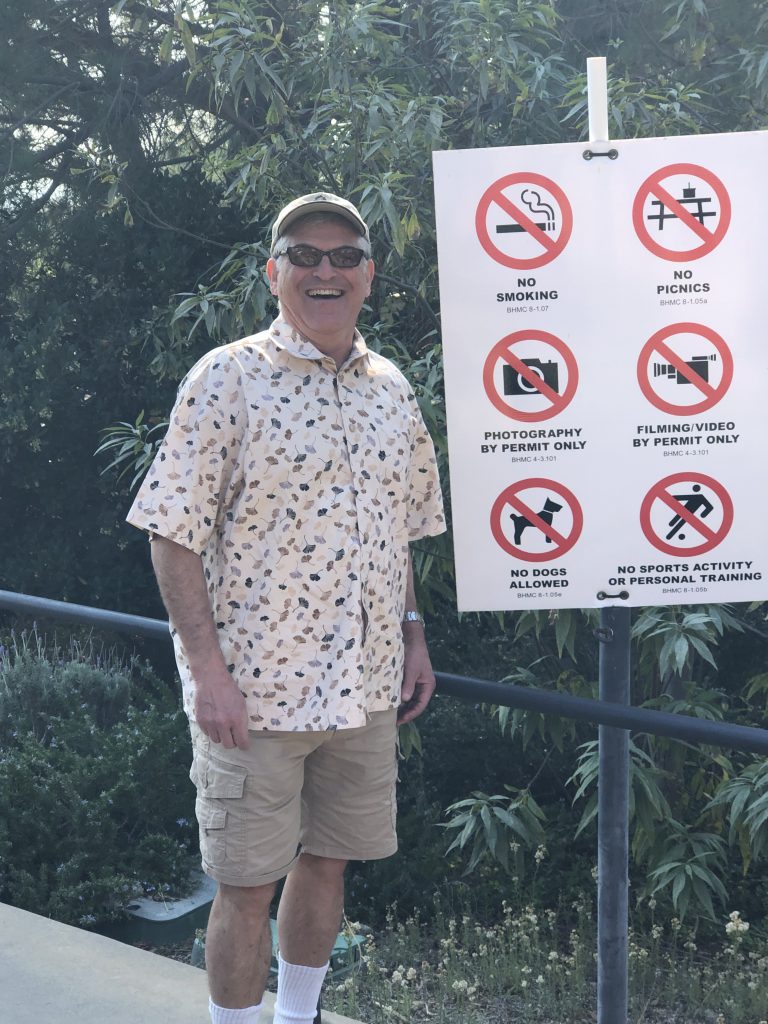 These signs are all over. It doesn’t refer to the average visitor, like The Bradbury building, they want the professionals and the movie people to pay for the privilage of filming here. 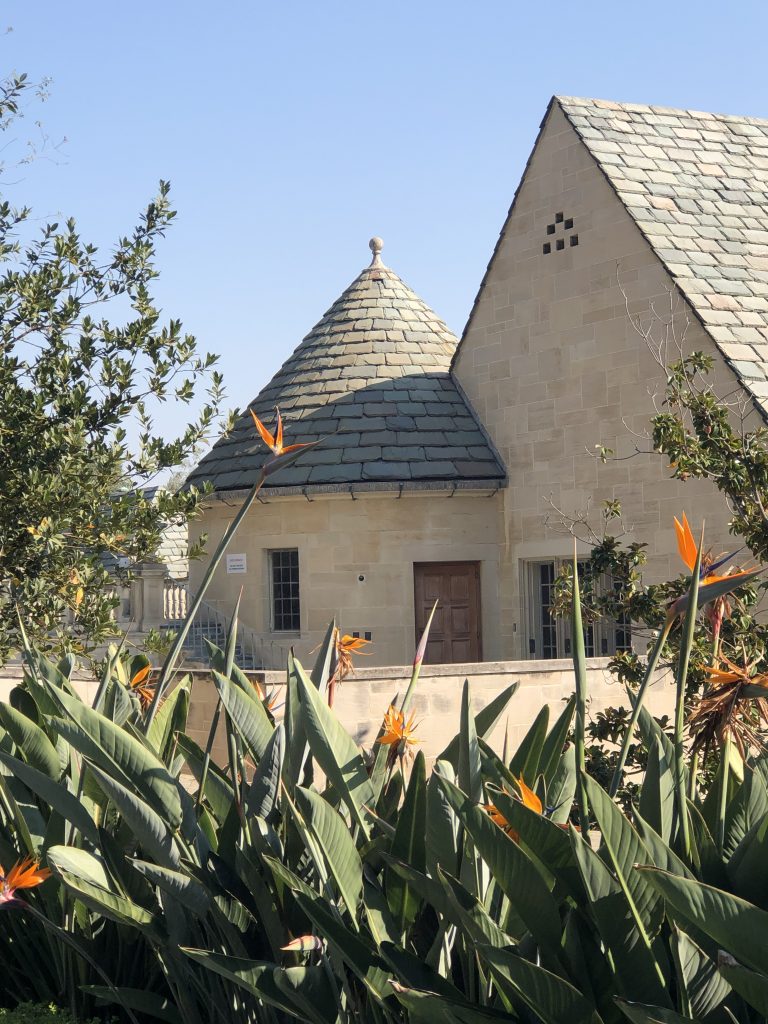 Even though we saw a lot more of the house than most people do, we didn’t get into this circular room. 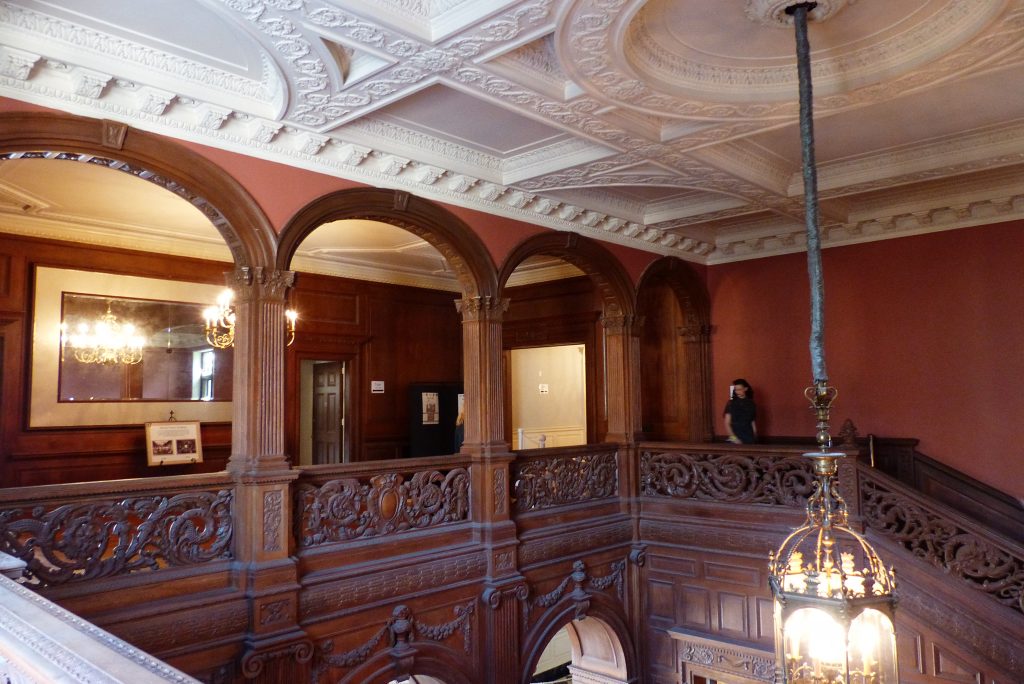 Up the staircase in the central entry hall. I should have gotten pictures of the floor, it is iconic marble tile. In every room there was an explanation about the room as well as what movies were filmed there.

Ned Doheny, Edwards’ son was in a murder suicide in the downstairs bedroom, with his male secretary friend. Sure he had 5 kids, he still could have been having a gay relationship that went wrong.

The wife and children stayed there. Through the years property was sold off. The final 18 acres were sold to a developer – who simply rented the house out for movie shoot. So plenty of movies were shot here. In the early 1970s the city bought the property because they wanted to put in a large reservoir, it is now under the upper parking lot. 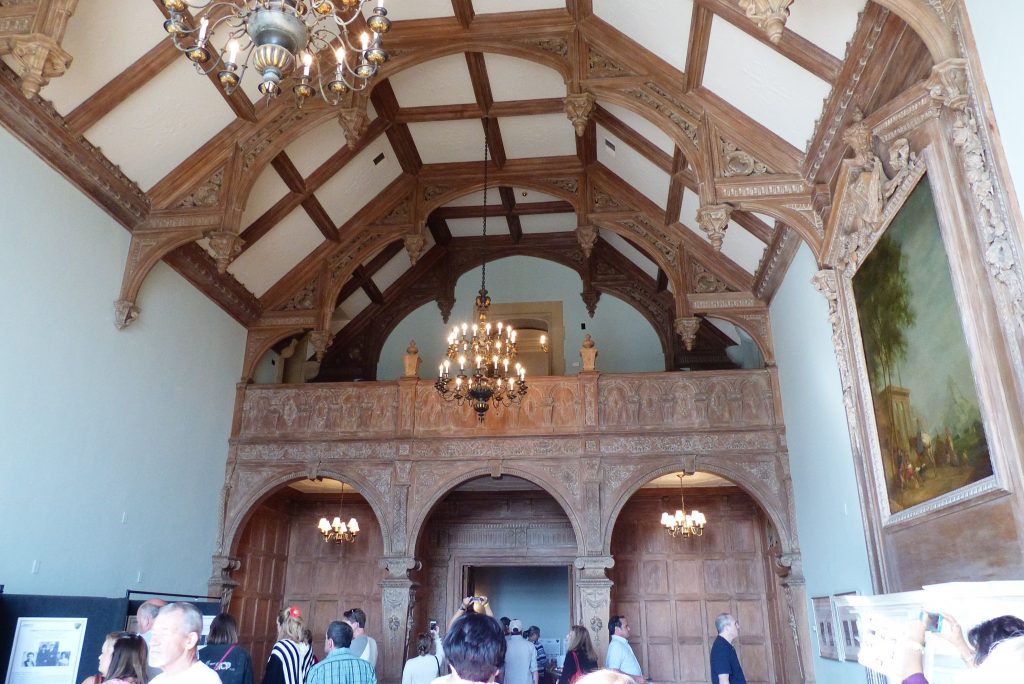 The woodwork is amazing! Most of the house isn’t furnished, still very very impressive. 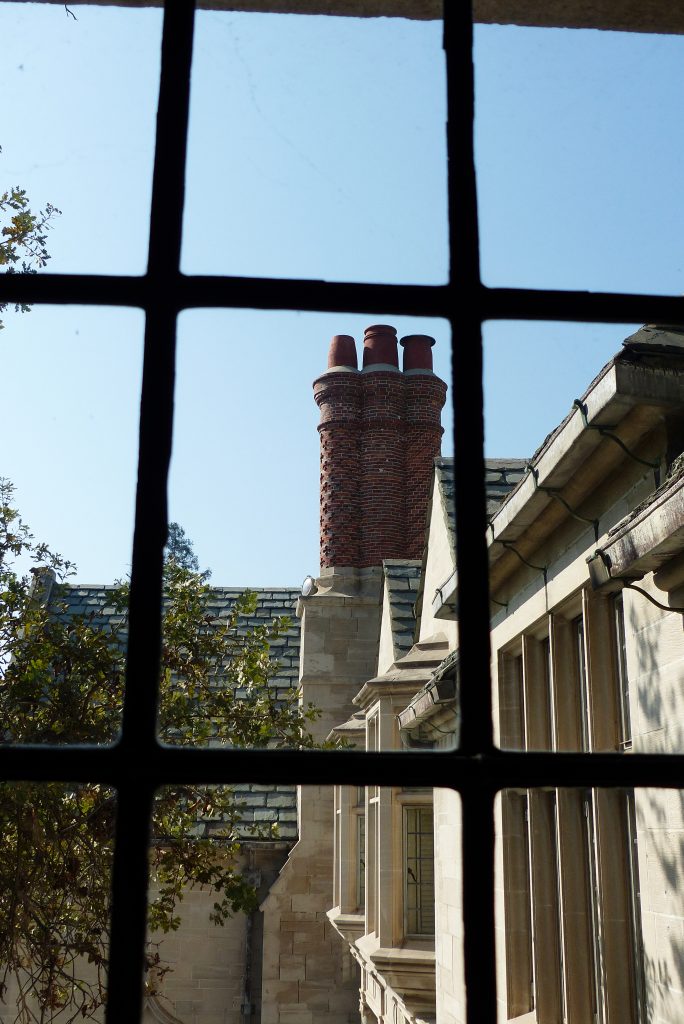 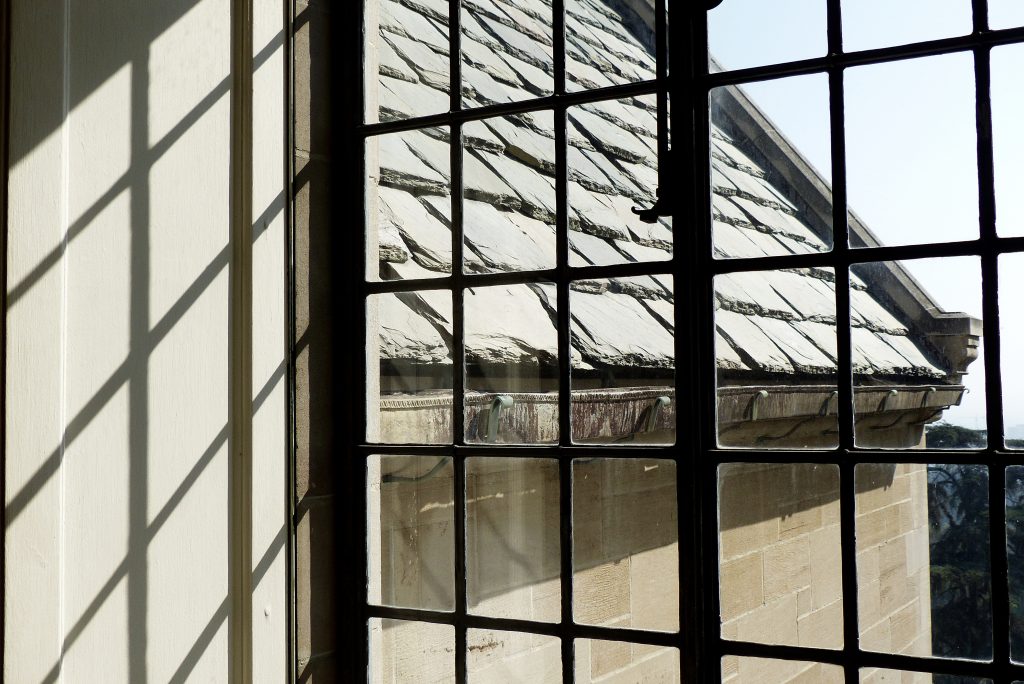 From inside looking out, Love the play of textures, light and shadow. 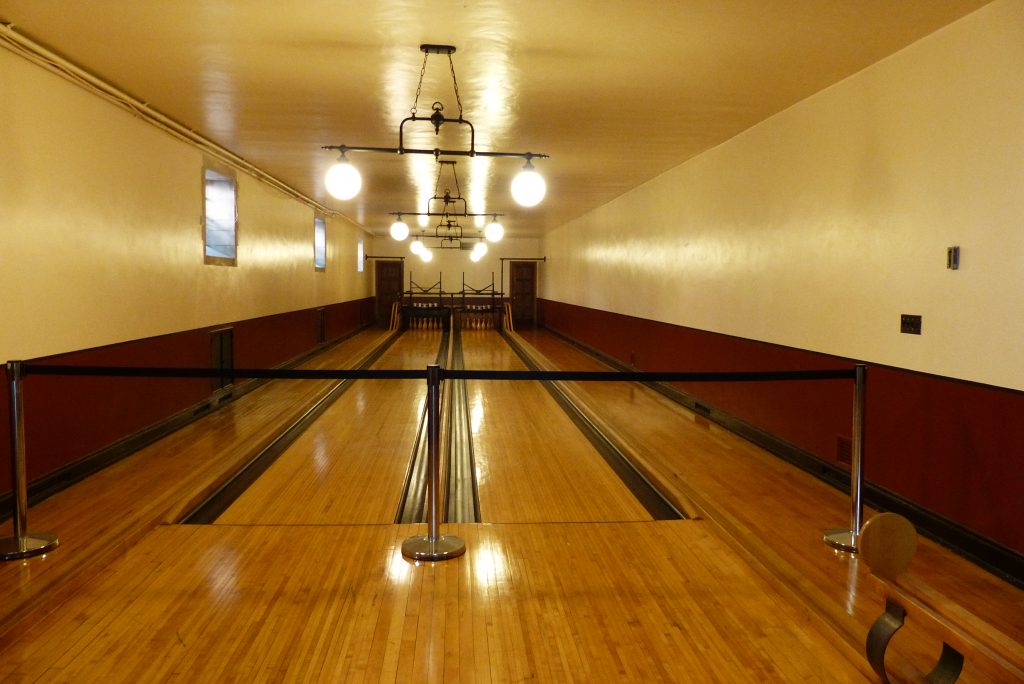 There is a movie theater, too dark to take a picture, as is appropriate. A Bowling alley as well as a game room with a Billiards table made by Brunswick. If you saw my post from a few weeks ago, I shared the building that housed their LA portion of the company, exactly at the same time this house was built. 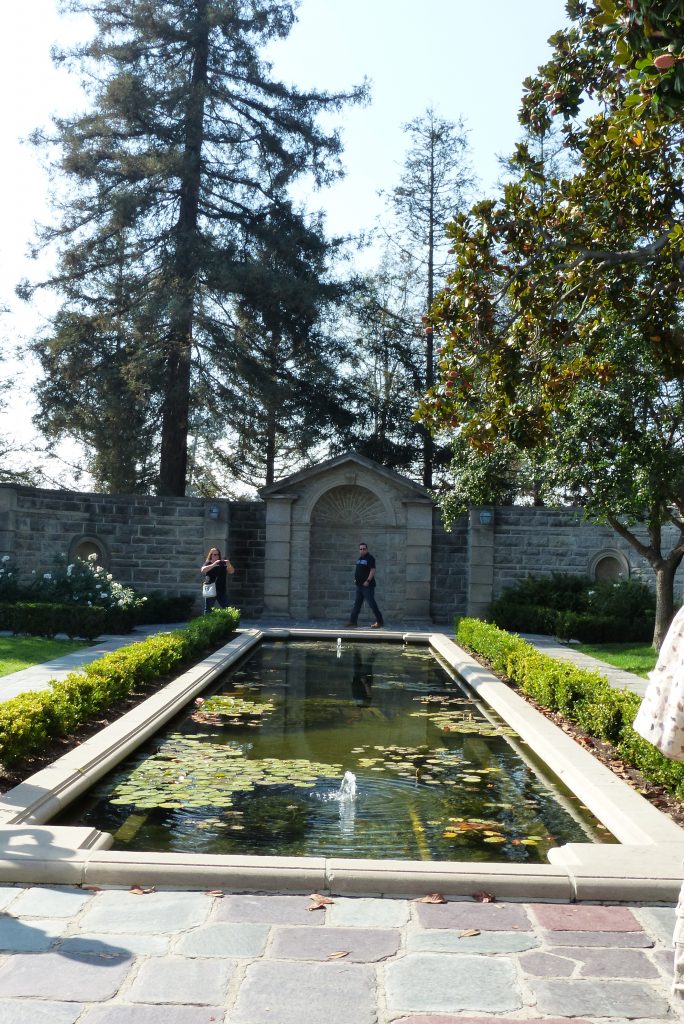 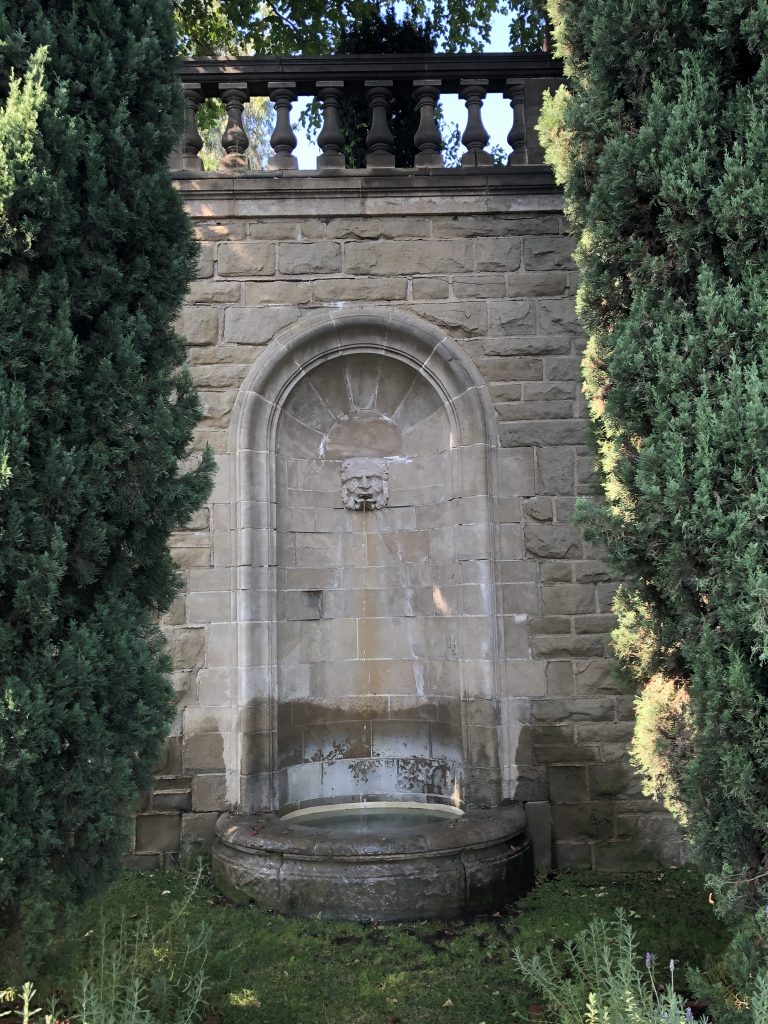 A few pictures from the gardens, I’ll be back to give them the appropriate attention. 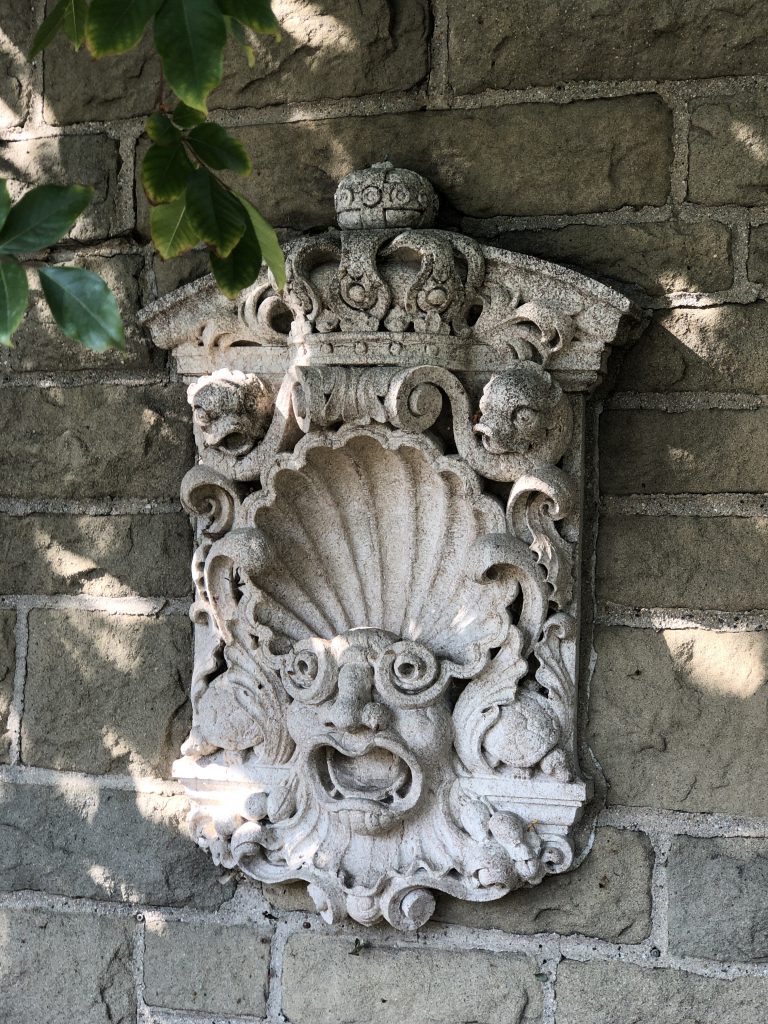 There were plenty of wonderful details. I will be sharing some from inside the house shortly.

One thought on “Greystone Mansion”