This time we went northwest into Simi Valley. I have quite a few books with local hikes. This particular one was published when the 10,000 steps was all the rage. So the author put together walks of about five miles. 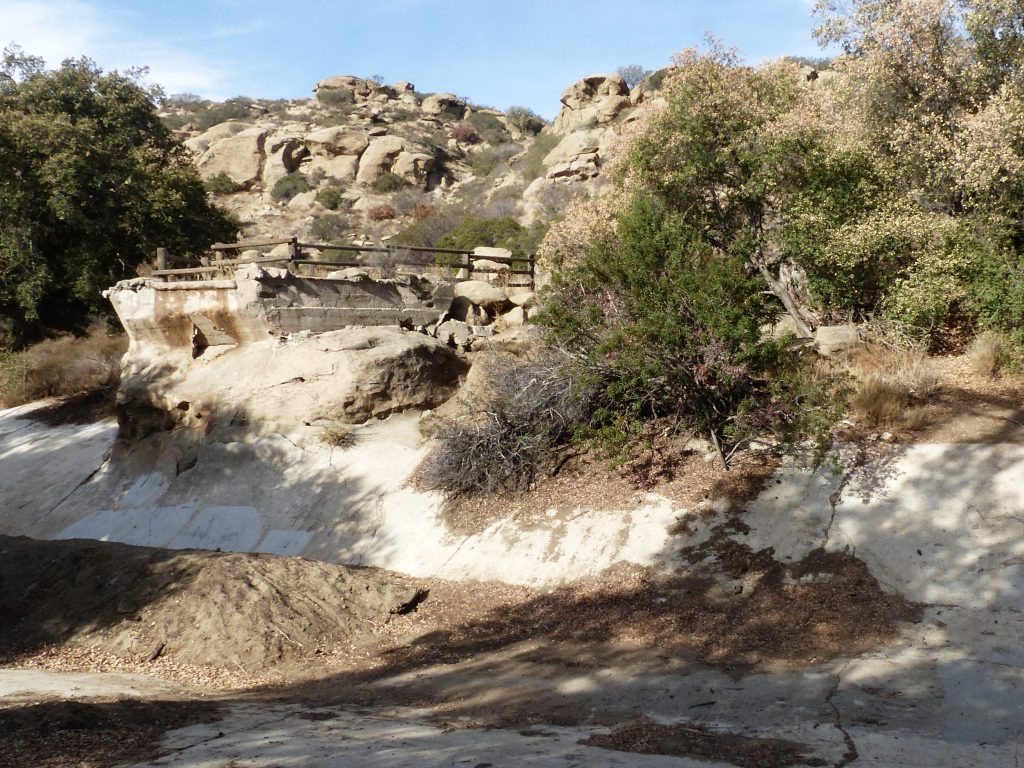 We started out in Corrianville Park, named for a Hollywood stuntman. Turns out a lot of Westerns were filmed here. This is Stunt rock, where many a stuntman was shot and fell into Robin Hood Lake.  Clearly no one has kept the lake up, so it’s a dry bed with a bunch of kids on bikes and skate boards. Today there is a modern Studio right near by. 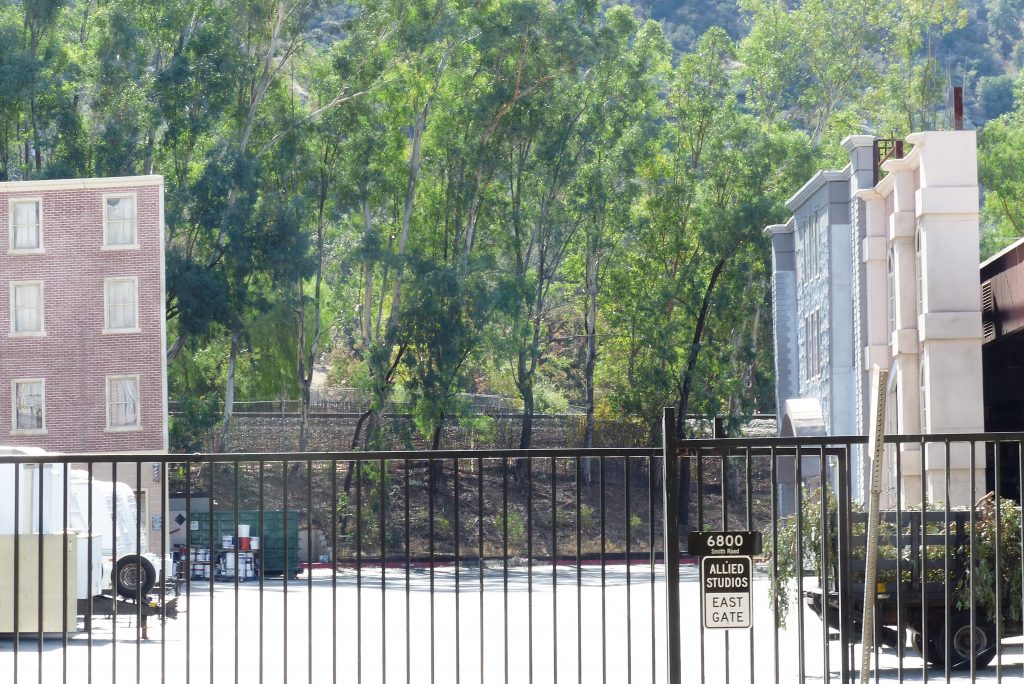 Complete with it’s own ‘backlot’. Fellow hikers told us there was a major Western filmed here recently, they built a whole facade of a town in the park. 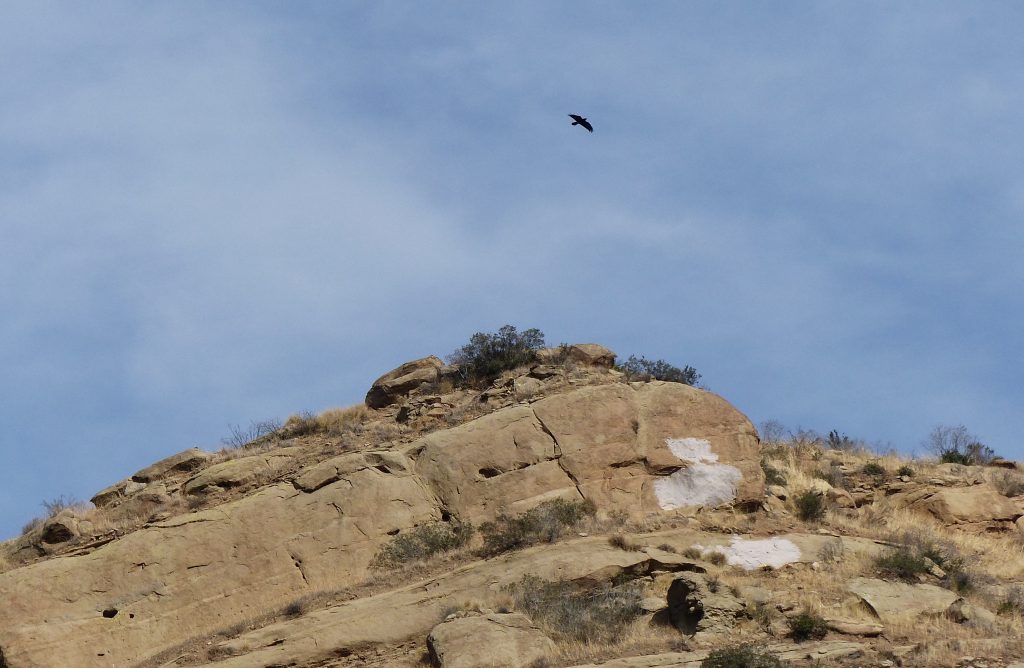 The rock formations are unique around here, even the hawk likes them. 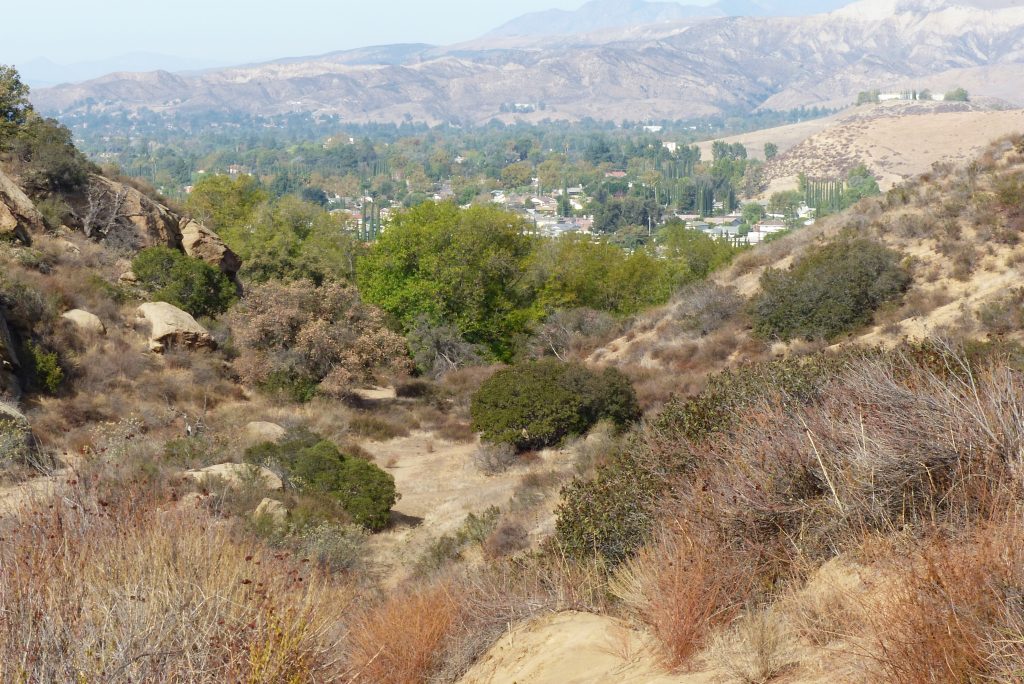 Simi Valley is quite the suburban area now. It is a very friendly safe place to live. 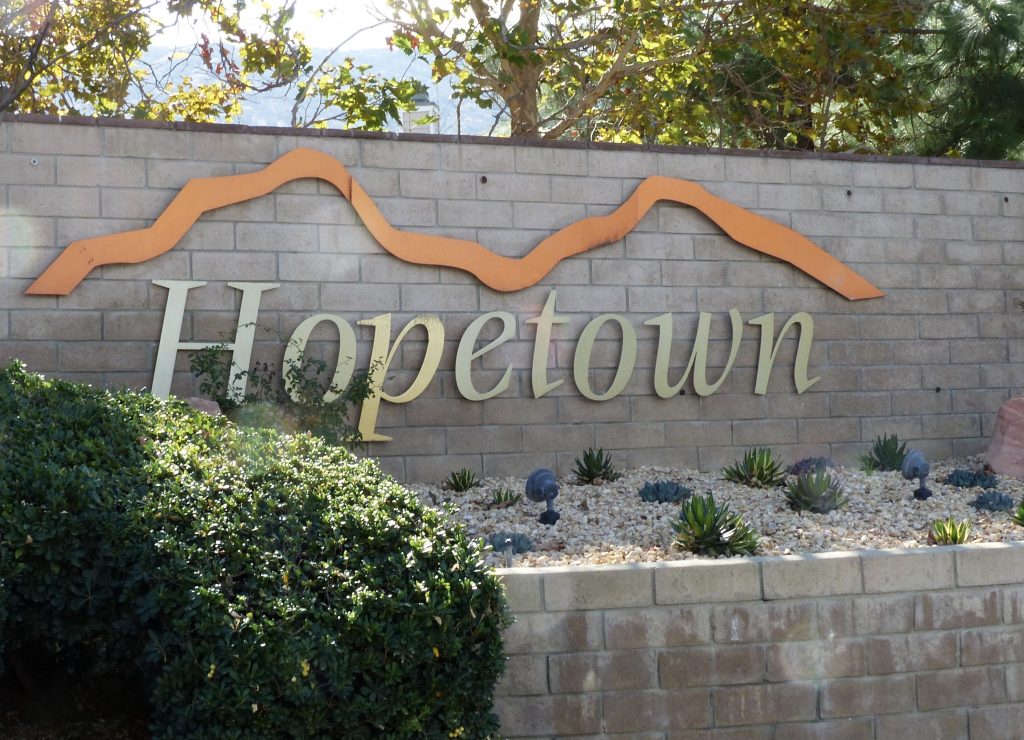 The community next to the Park is called Hopetown. That is because Bob Hope used to own this land as well as the filming locations. They were donated as a park, and the community took his name. 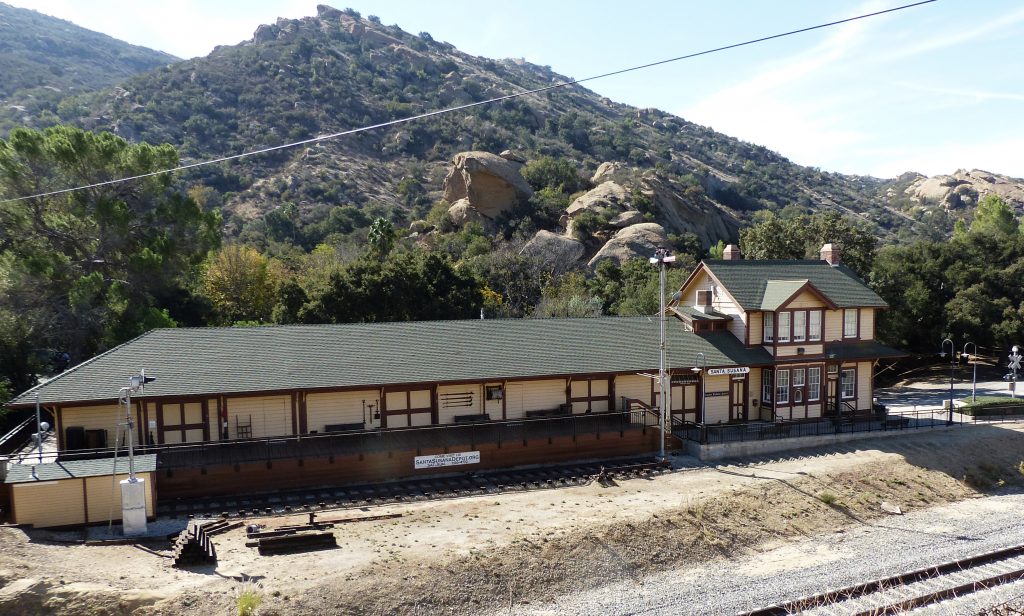 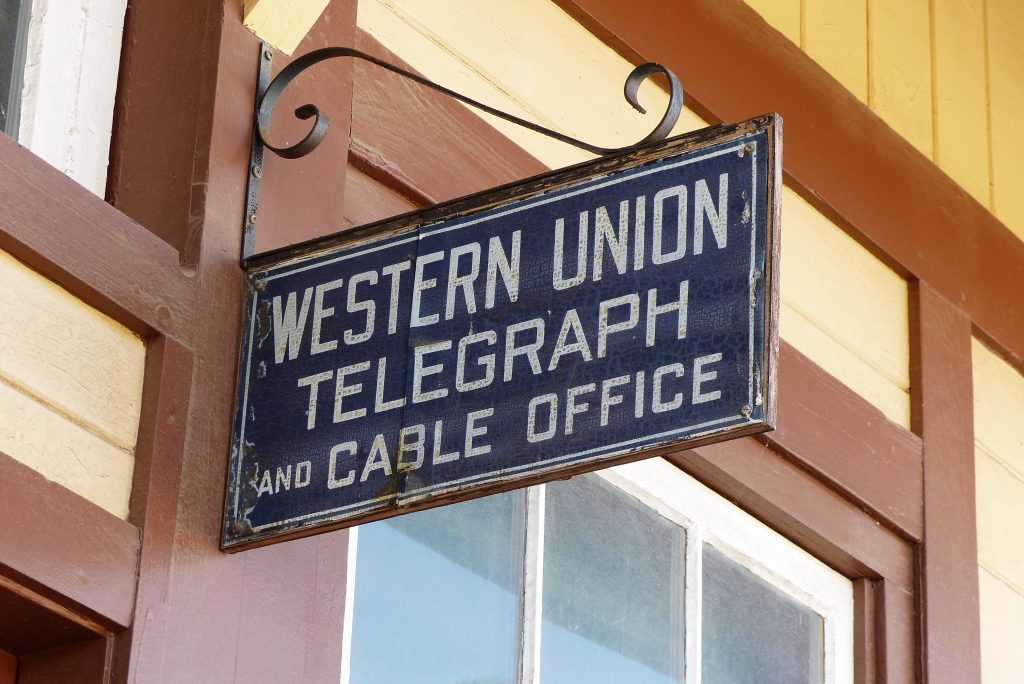 The old Santa Susana Railroad Depot and museum. We got there too early, the museum wasn’t open yet. 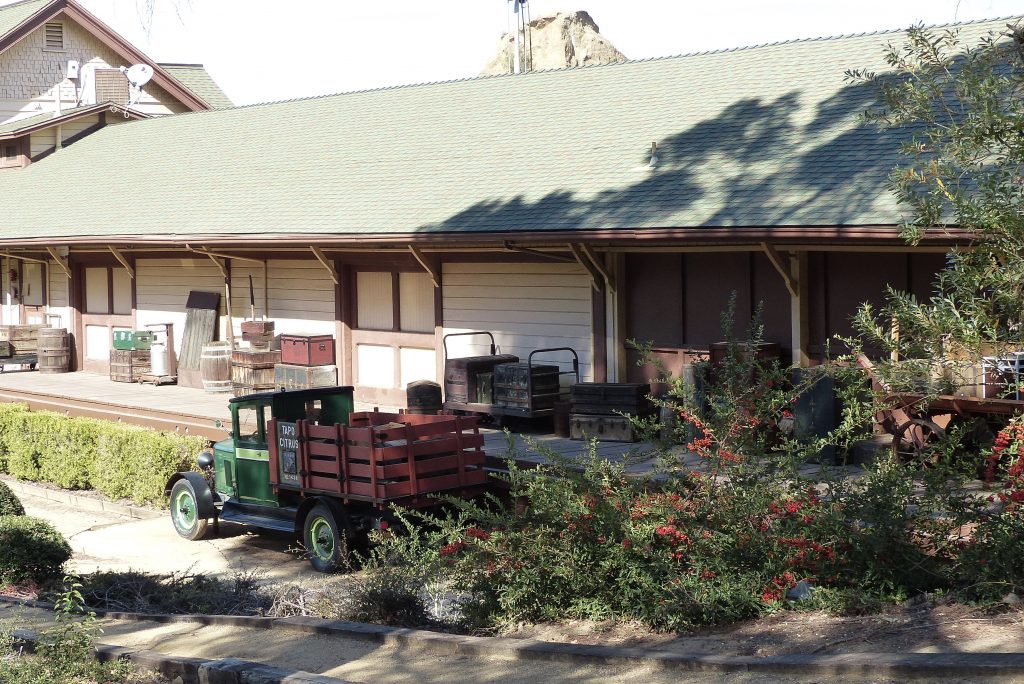 So we enjoyed the displays outside. Like this citrus truck. 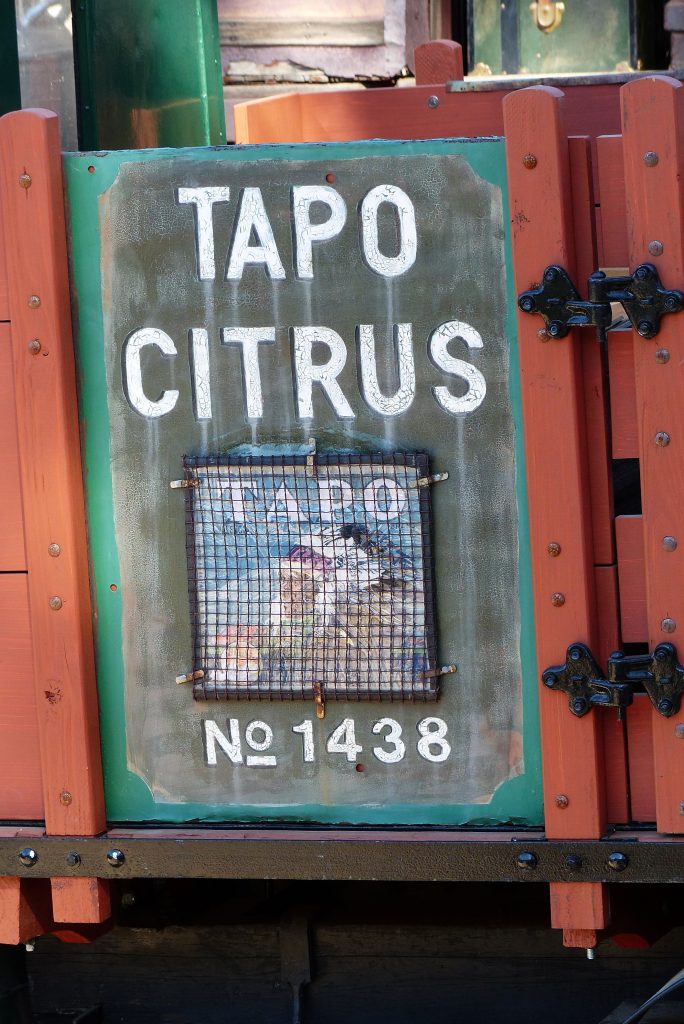 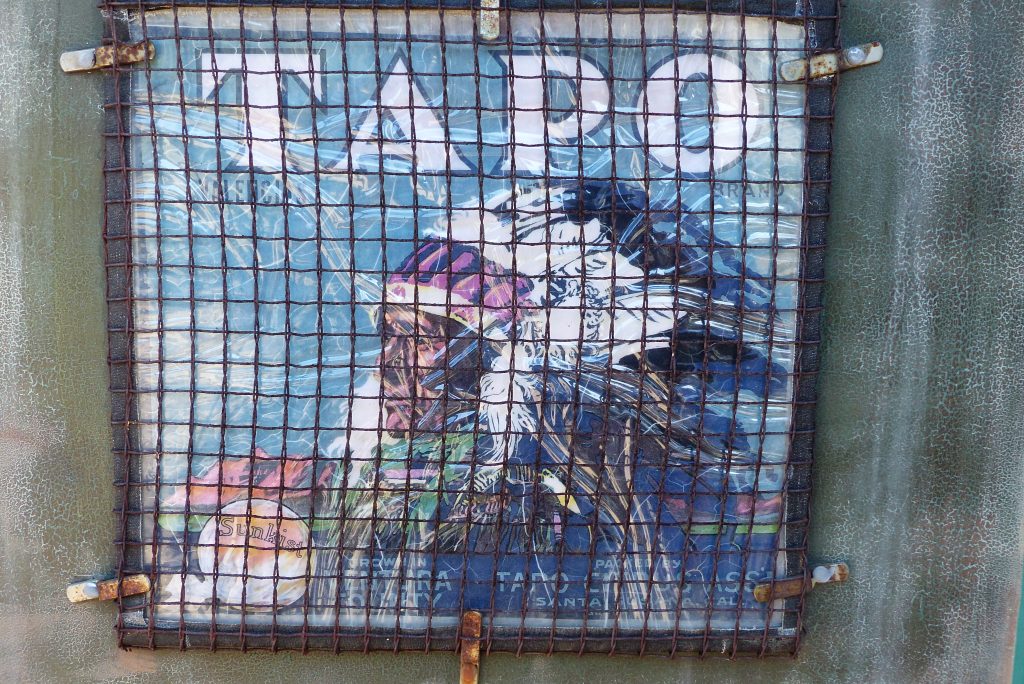 Tapo is the name of a nearby canyon. Sunkist is still the large cooperative of Southern California citrus growers. Sadly, this label wouldn’t be allowed today, something to do with cultural appropriation. The local Indians never wore these headdresses, but that isn’t why this isn’t OK, rather than accept our history and move on, people feel the need to erase it. Maybe that is why it is behind a screen, so it won’t be vandalized. 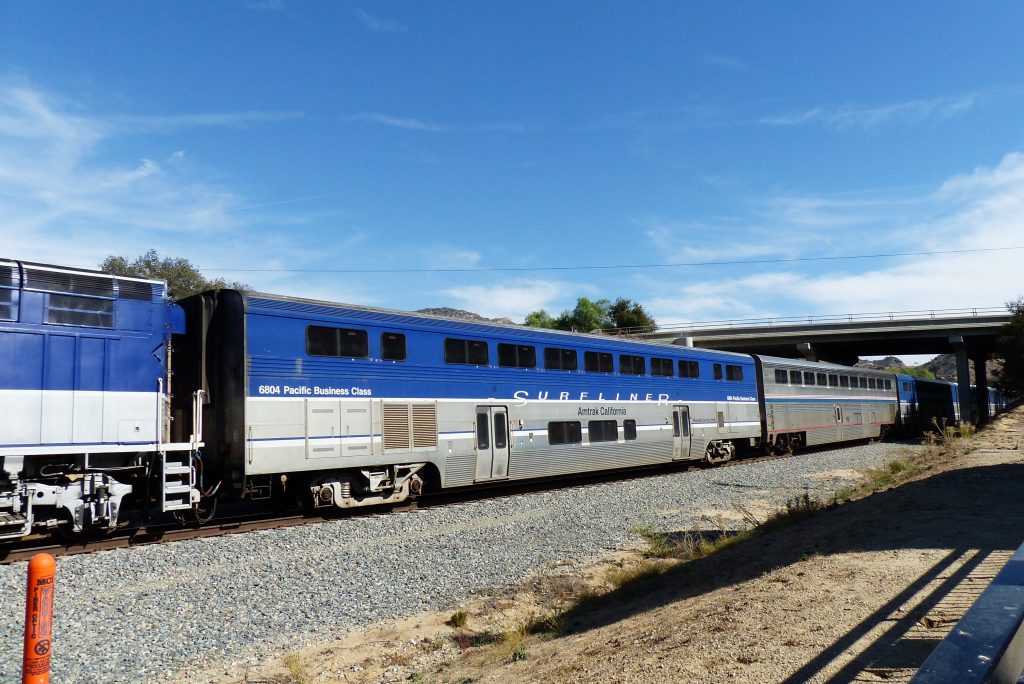 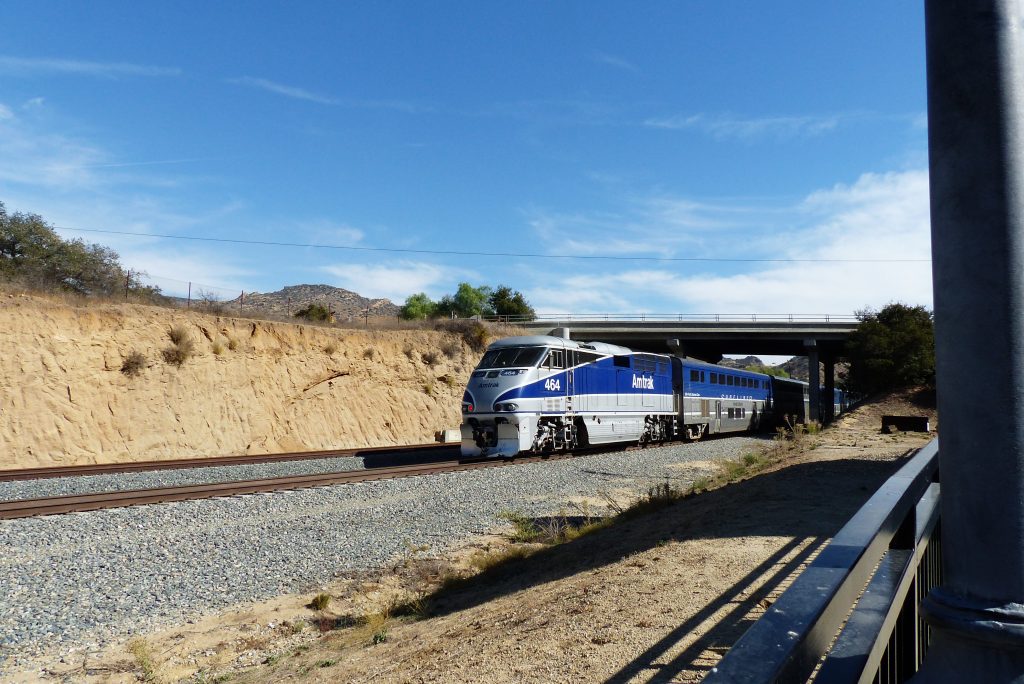 The train came by! No trains stop here anymore. It’s just a museum. The Santa Susana pass is very steep, modern trains can handle the climb, but back in the stagecoach days, the climb and then descent into Chatsworth were very scary and dangerous indeed.

More on what we saw in the next post.