Final stop of the vacation, Montreal, we crept into town in traffic reminiscent of LA and returned the car. Then hoped an Uber to our hotel in the old part of town. Turns out they are tearing up many of the freeways to build new ones. It’s such a joke here, that a street comedian even said: when cars are gone, we will be way ahead of the game because we won’t have roads. 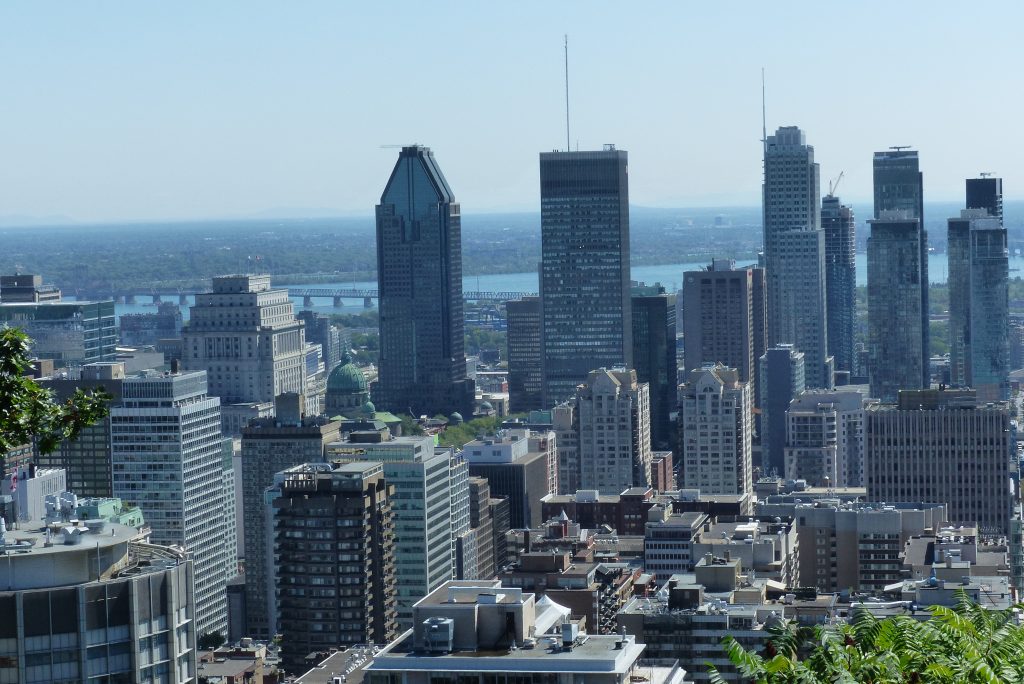 As you can see, this is a very large modern city. 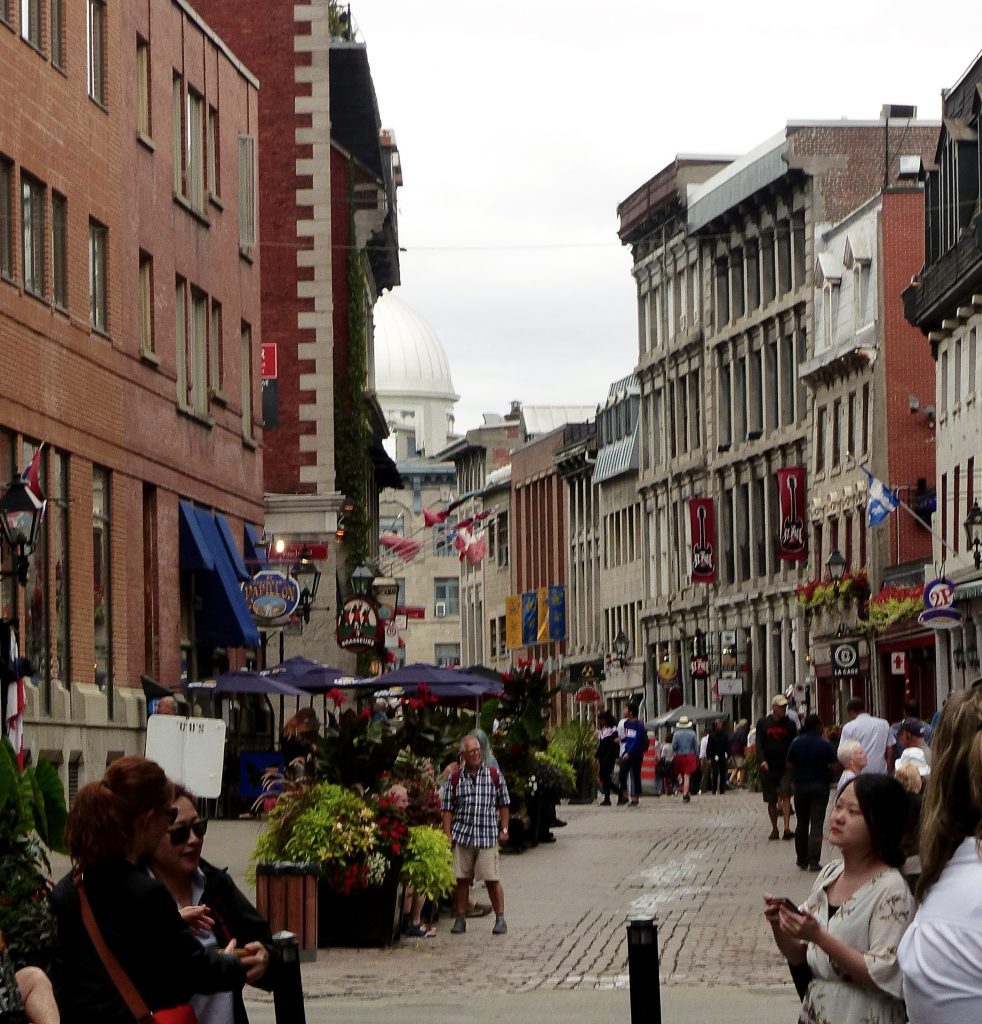 Down near the old Port is Rue St. Paul, today a fun busy pedestrian street. The old port has been rehabilitated, this is where the cruise ships stop as well as a huge Ferris Wheel and other fun attractions. They even have something they call a beach, really, too small to get a picture 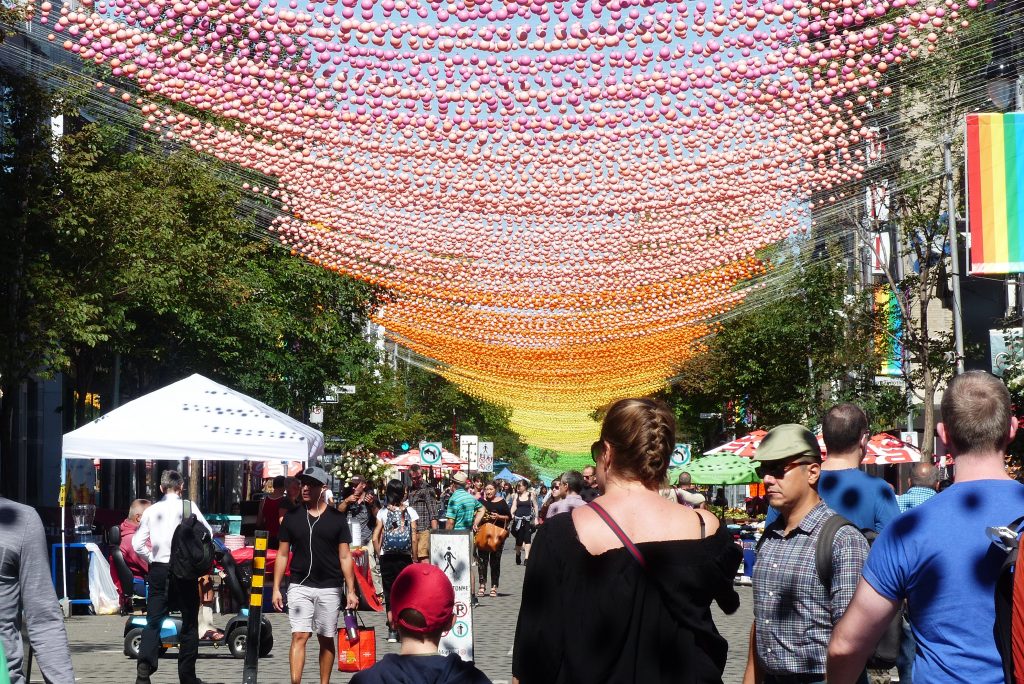 A section of St. Catherines St. can you tell it’s the gay part of town?!?!  How much do you need to hit us over the head?  I like the concept of the colored balls, I’m a little over the rainbow flags everywhere, we get the message. Btw, looking for a coffee shop here – no go. Only bars a full fledged restaurants. A guide told us this may be the last summer for the balls, it must be a lot of work to put these up and then store them for most of the year. 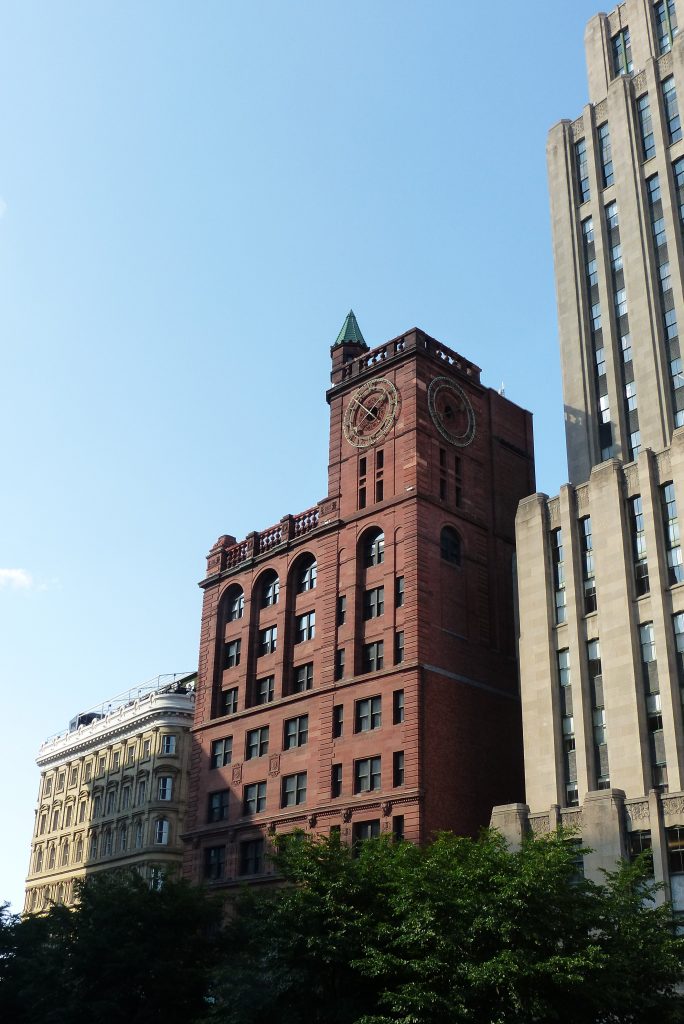 Unlike Quebec, a lot has changed in the old town, like most citie. Luckily some of the old buildings are standing. The red brick is the oldest skyscraper, built in the Beaux-Arts style. Next door is a wonderful Art Deco. 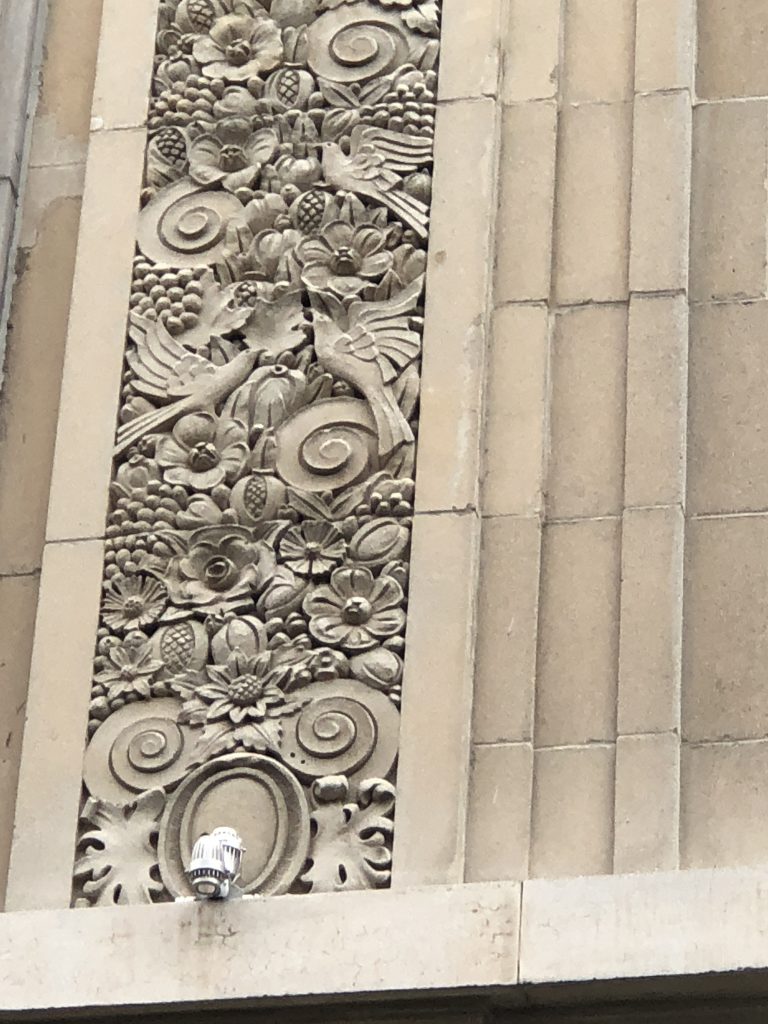 This panel really reminds me of Gladding McBean tiles in CA, it is different, but this is common in Art Deco. Actually, it looks more Art Nouveau, but there is a period of overlap, so it’s all good. 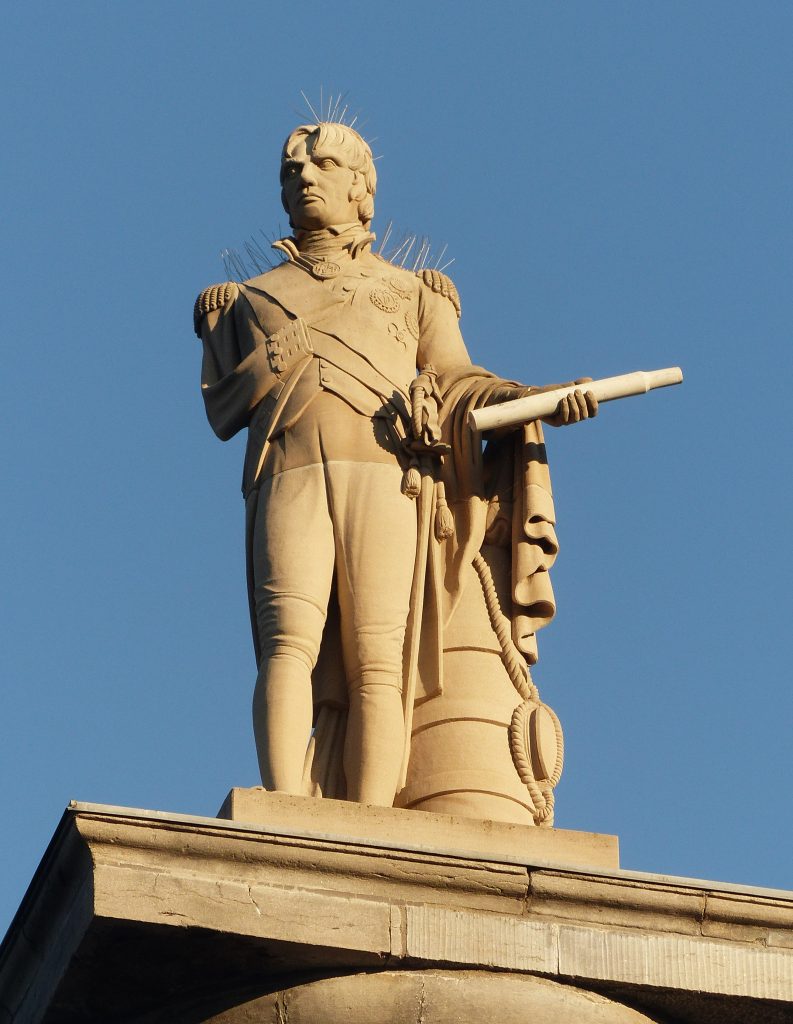 Turns out that every ‘English’ statue must have a ‘French’ statue facing it. Sorry, didn’t get the French one here. Lord Nelson is so high up on a plinth, that I had to be pretty far away to get this picture and see the details.  This is all about him beating Napolean at Waterloo. Already lost his hand. Also, keep the birds off! 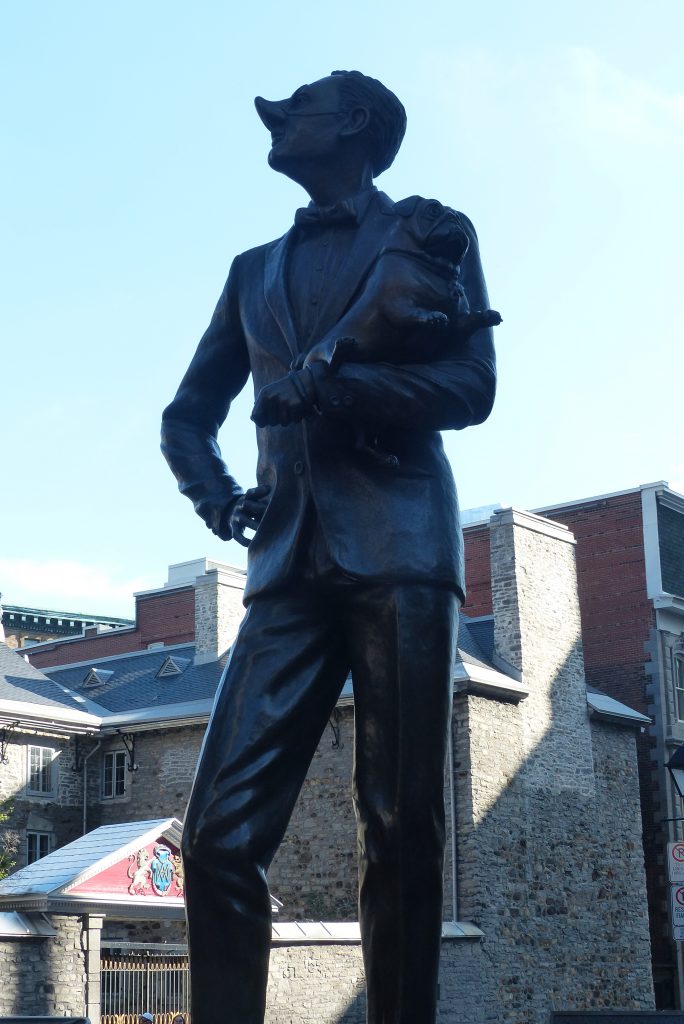 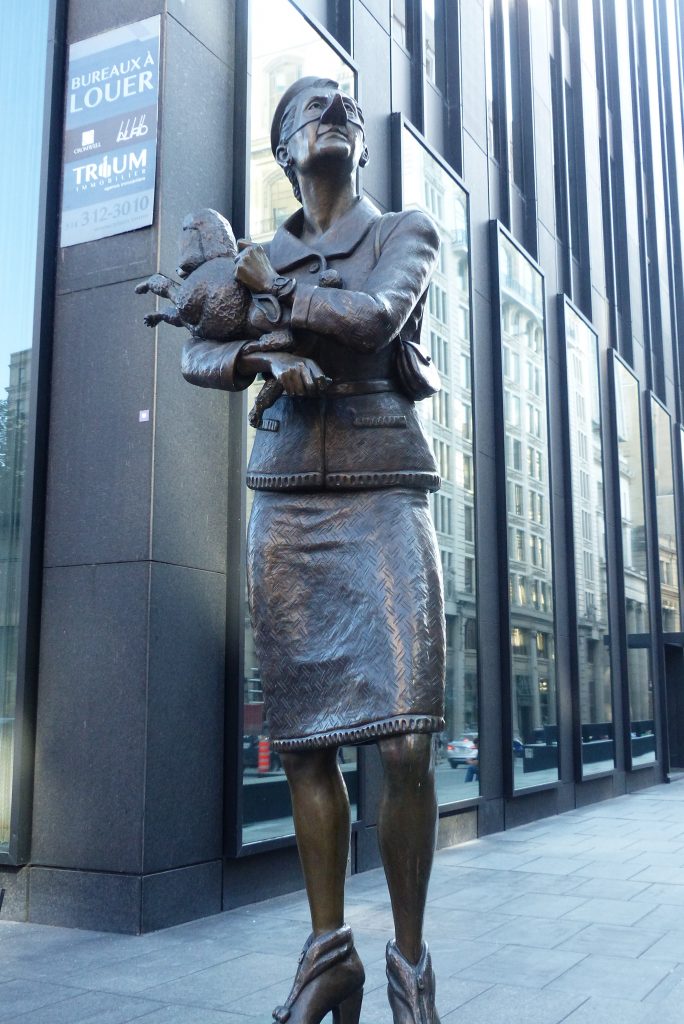 Someone with a sense of humor about the whole thing. So we have an Englishman and a Frenchwomen turning their noses at each other. But the poodle and bulldog want to be friends. The statues aren’t right next to each other, but on opposite corners of a large office building. 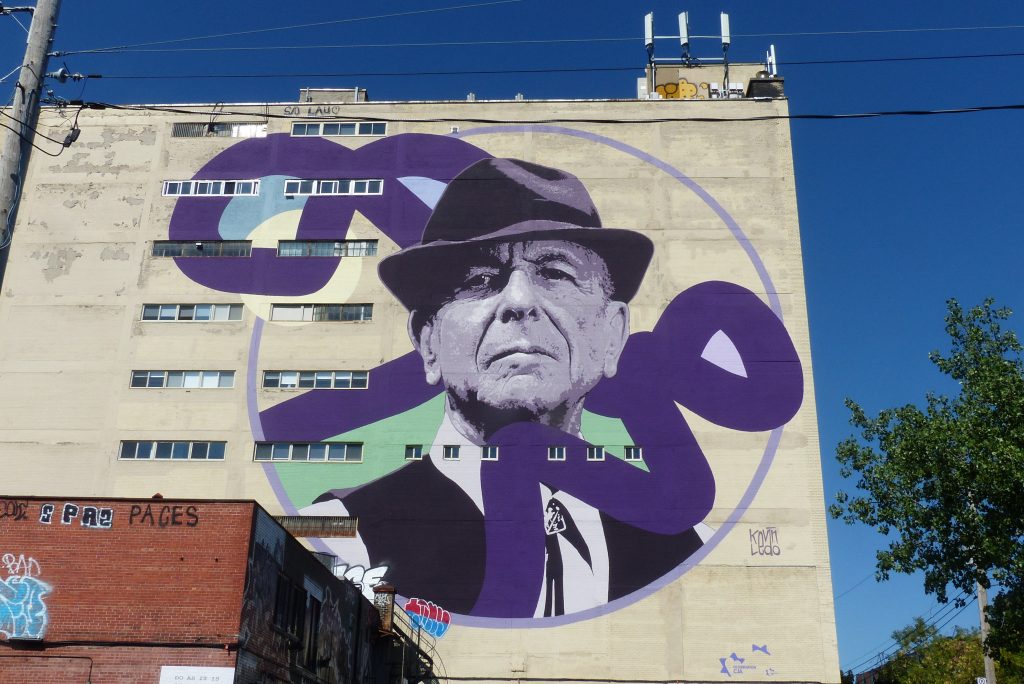 A favorite son. There are other murals dedicated to Leonard Bernstein, apparently he is buried here as well.

Since we are in the old Jewish neighborhood, we had to stop for this: 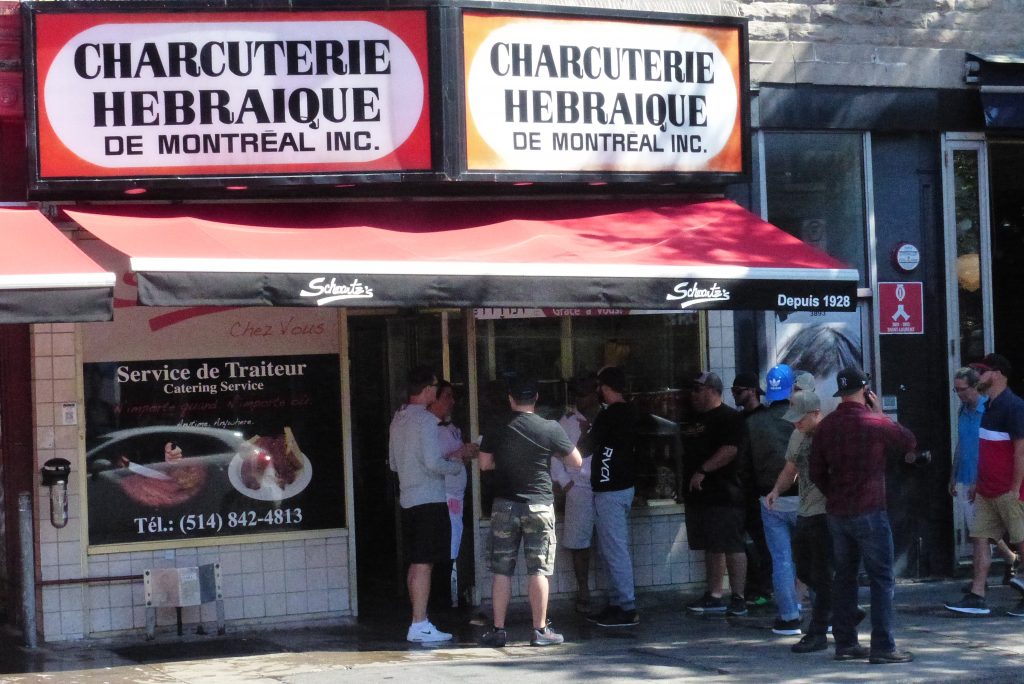 Luckily for us, I took the picture after we had our smoked meat sandwich, we got in with no line. Was it good? Yes, as good as Langers, Brents or Wexlers? No, but it is a traditional thing to do, and why not support a 100-year-old institution. By the way they only take cash, and if you give them American dollars, there is a surcharge. I hope they have a very secure system to take the money to the bank a couple of times a day… 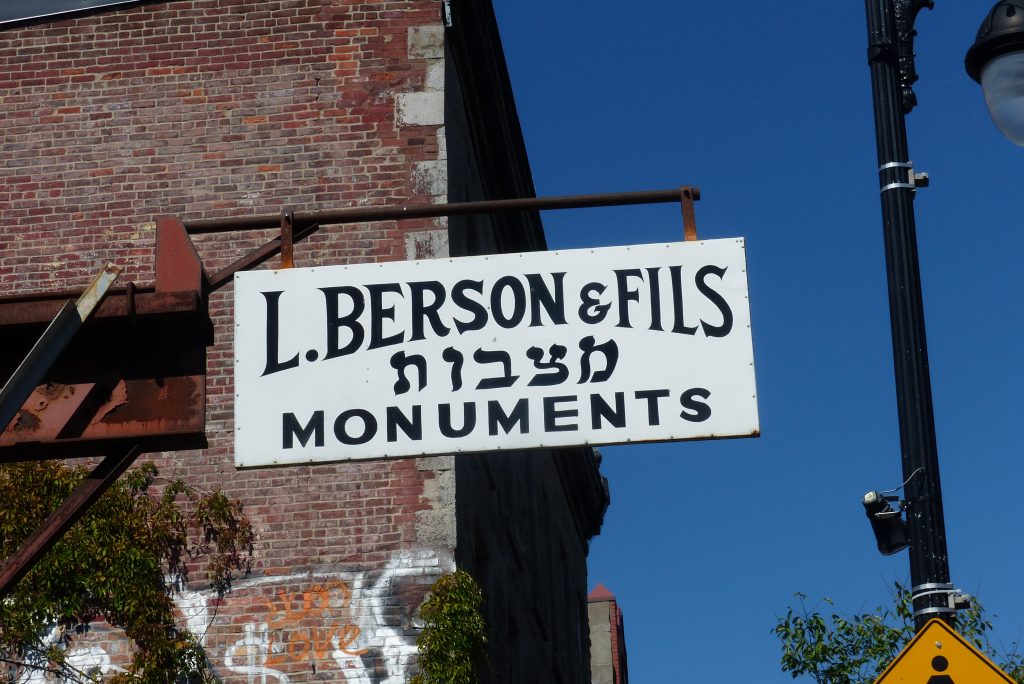 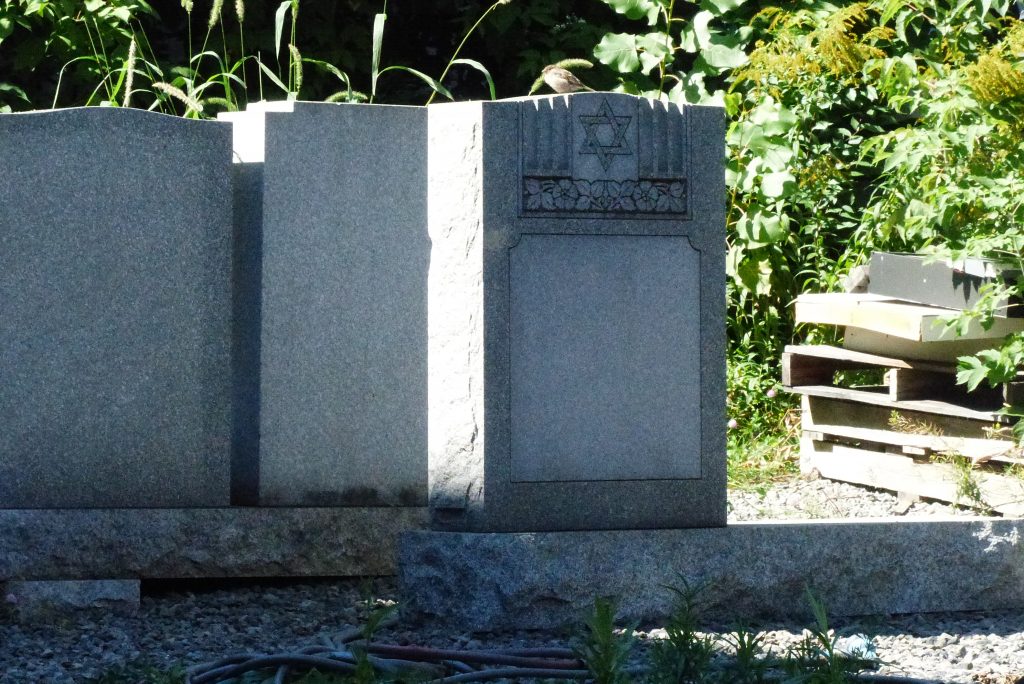 Across the street, Jewish headstone being carved, I bet Leonard Bernstein had his carved here. 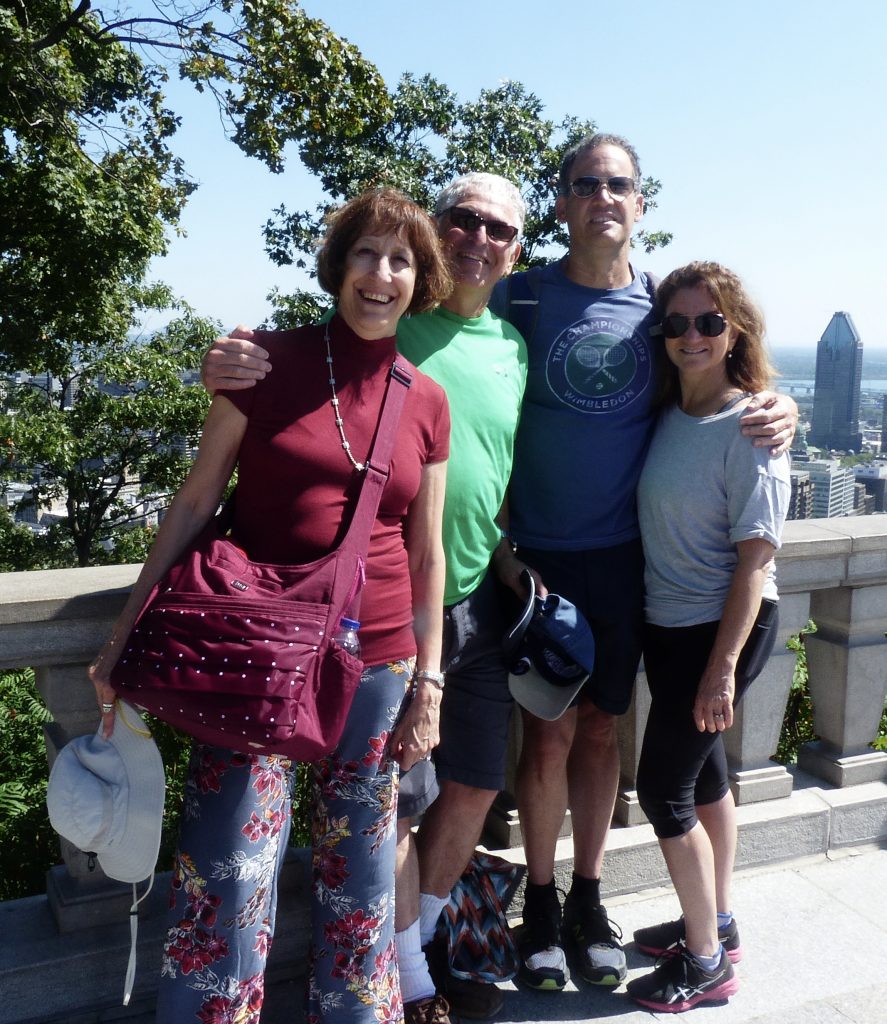 We climbed Mount Royal and literally bumped into cousins from San Fransico. They had just dropped their daughter off at college in Boston. Since I was posting on Instagram, they knew we were in Montreal, but when we met, we didn’t know they were there. Of course we had dinner together and then the next day, we once again just bumped into them. That was a highlight of the trip. 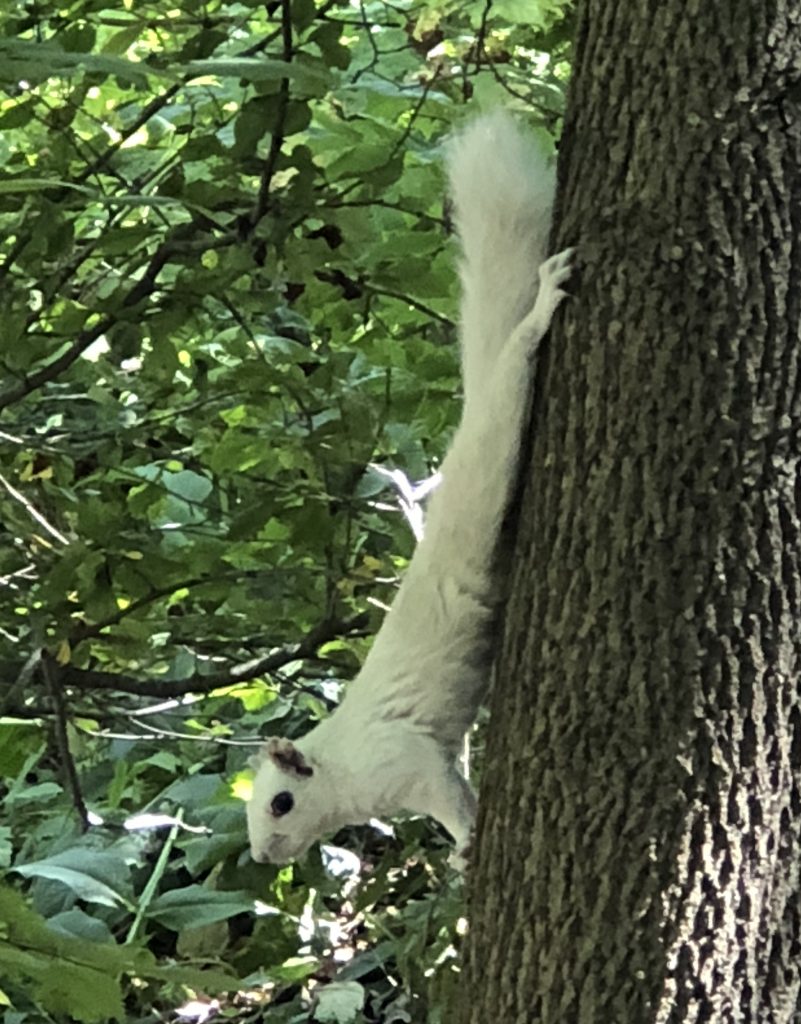 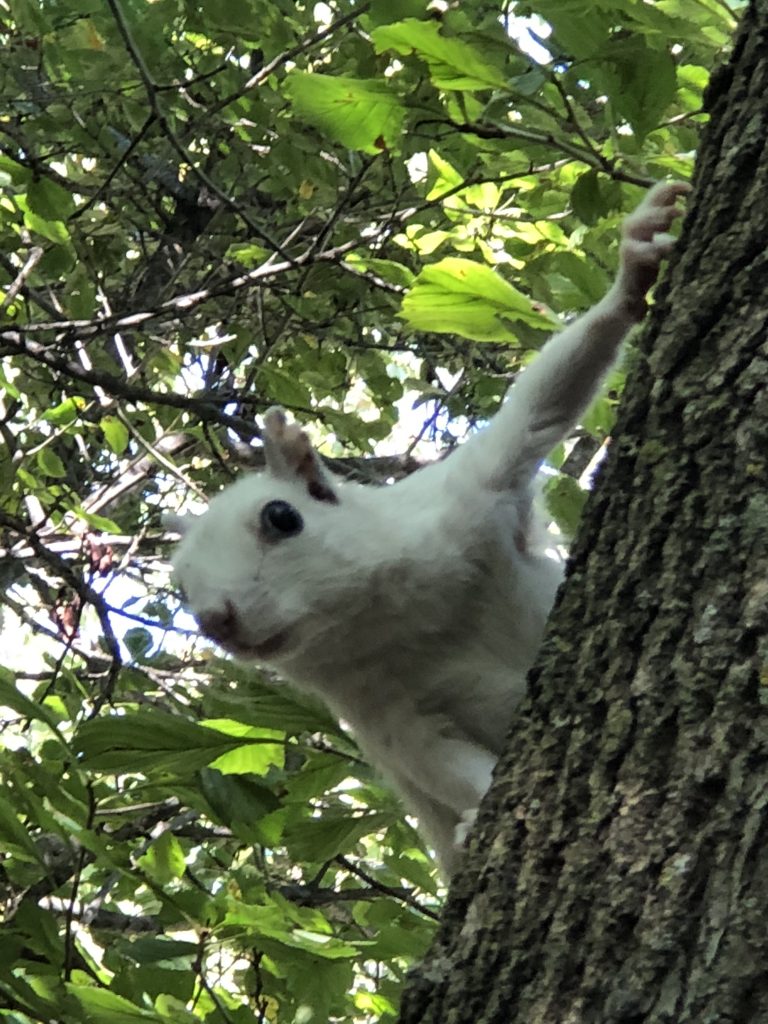 Here is another sight we saw in the park. A white squirrel, not an albino, the eyes would have been red or pink. He has full pigmentation in the eyes and yet is white. Maybe with all the snow in Montreal this works for him. A local woman told me this is a very rare squirrel.

And thats it, I’m home, I need to get back to creating things. I did knit some on the trip and hope to share that soon.