I think it’s been almost two years since I joined Charles Fleming on one of his secret stairway walks. 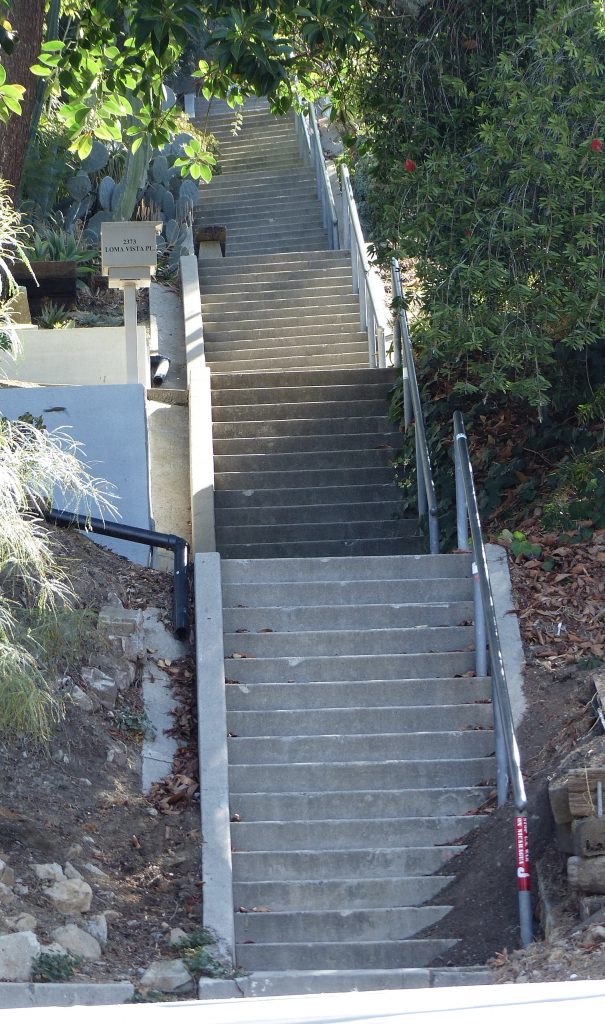 This was a level 4 walk, only two miles, but it included almost 700 stairs, most of them going up. Really, on the downhill, we were on steep streets, uphill was on the stairs. We were a large group, somehow I managed to get a photo before anyway started up on these. 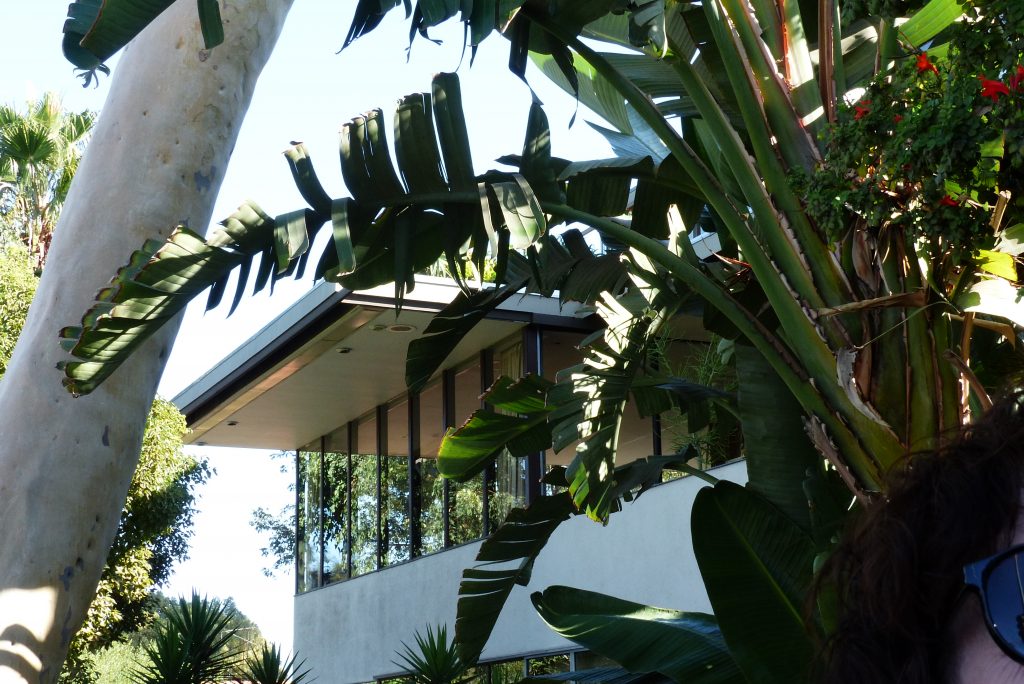 We walked by Neutra’s home and office. He is one of the fathers of midcentury architecture. The neighborhood of Silverlake is home to many midcentury homes, as well a much much older ones. 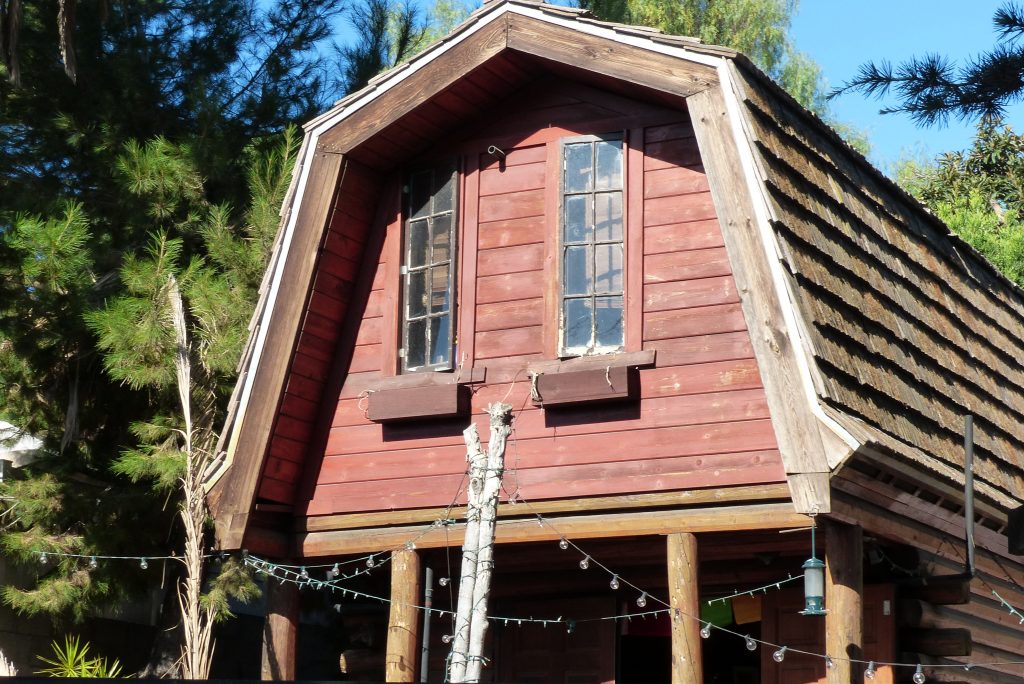 I don’t know what this is called, all I know is that it’s old and no one builds houses that look like this anymore. 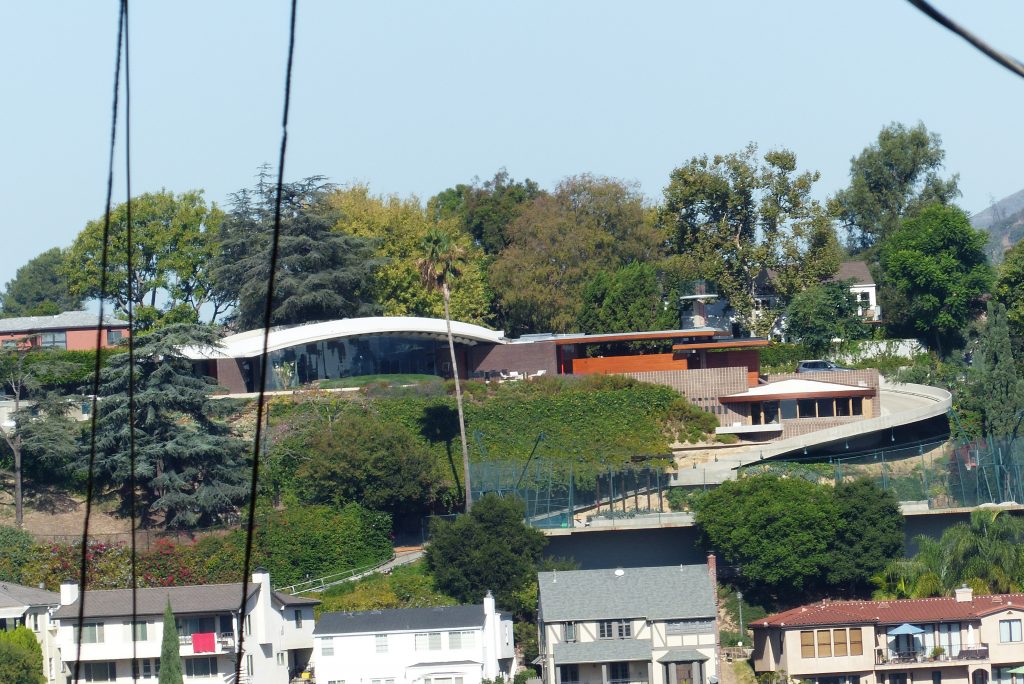 Across the hill and across the reservoir is this Lautner home, Silvertop.

If you follow the link, it’s in the real estate section of the LA Times from a few years ago. Charles admitted that he used to be able to play tennis on their courts until this sale went through. 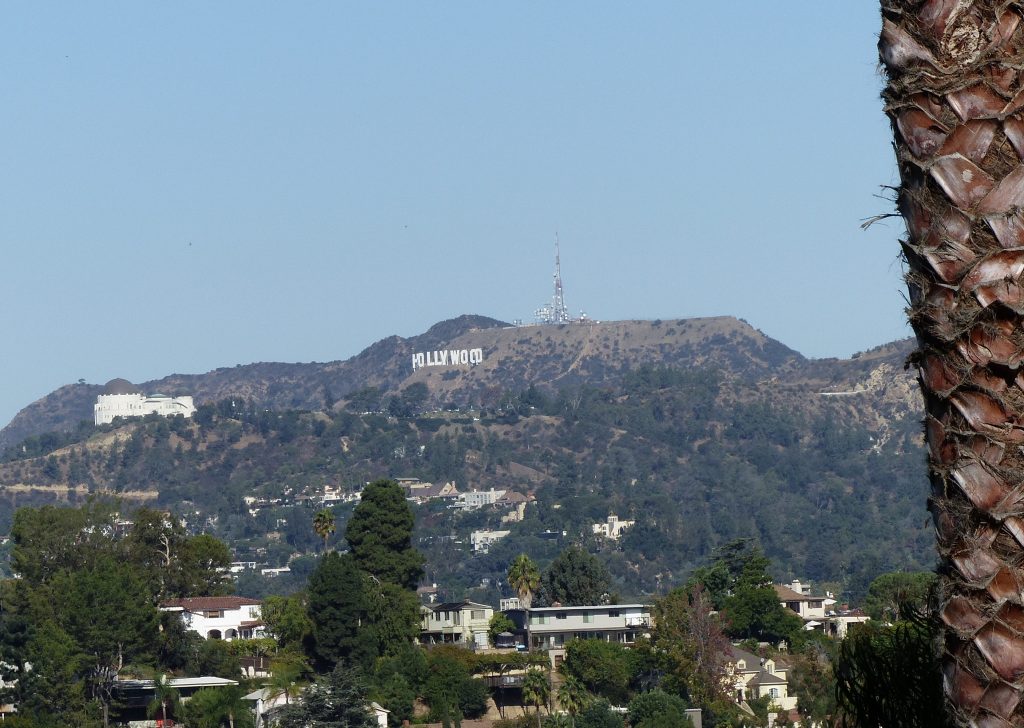 This is an interesting perspective of the Hollywood sign and the Griffith Observatory. In reality, the Observatory is east of the sign, but from this angle, it looks the opposite. 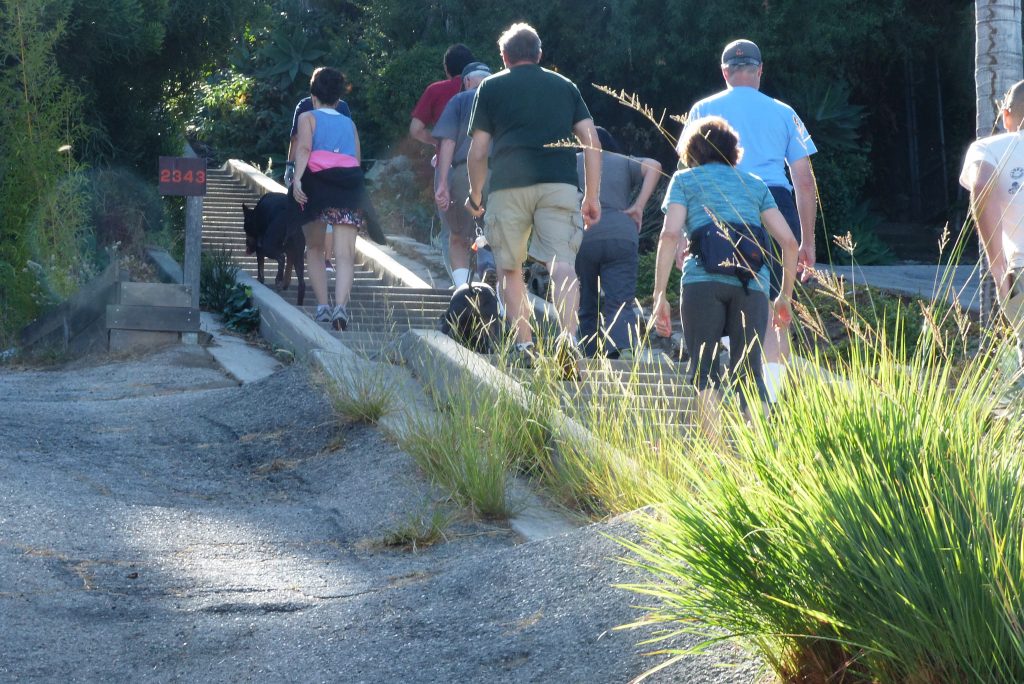 Here we are, starting up the Loma Vista Stairs. Quite long with many interesting homes to see. 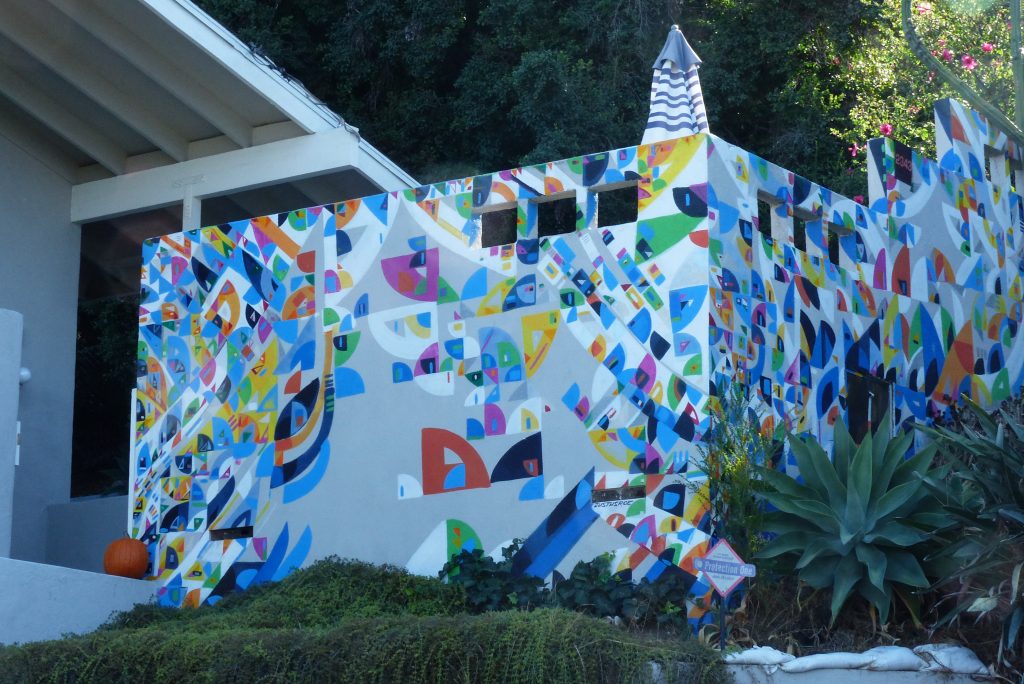 I guess it’s been a while since Charles climbed these stairs, this painted wall was new to him. And yes, quiltspiration! I love that I stumped spell check with this world – a combination of quilt and inspiration and no, I didn’t invent it, I’m just using it, in hopes that one day, everyone will know what a quiltspiration is. 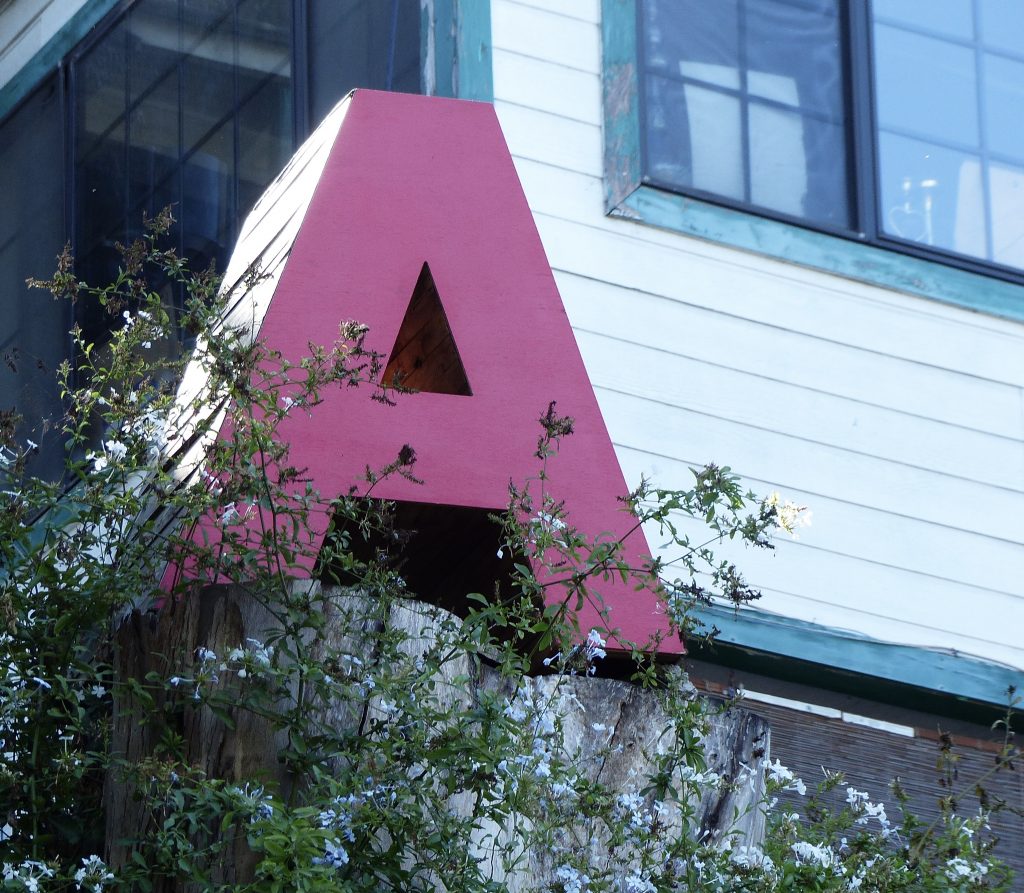 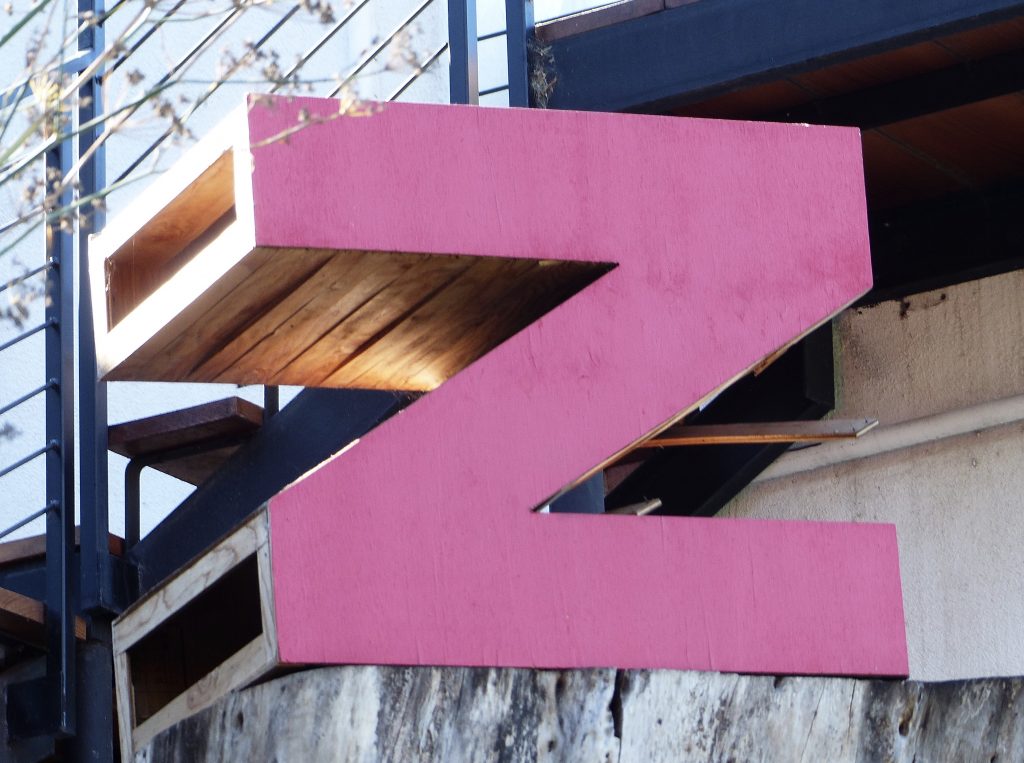 Across the way was this house with artwork from A to Z. 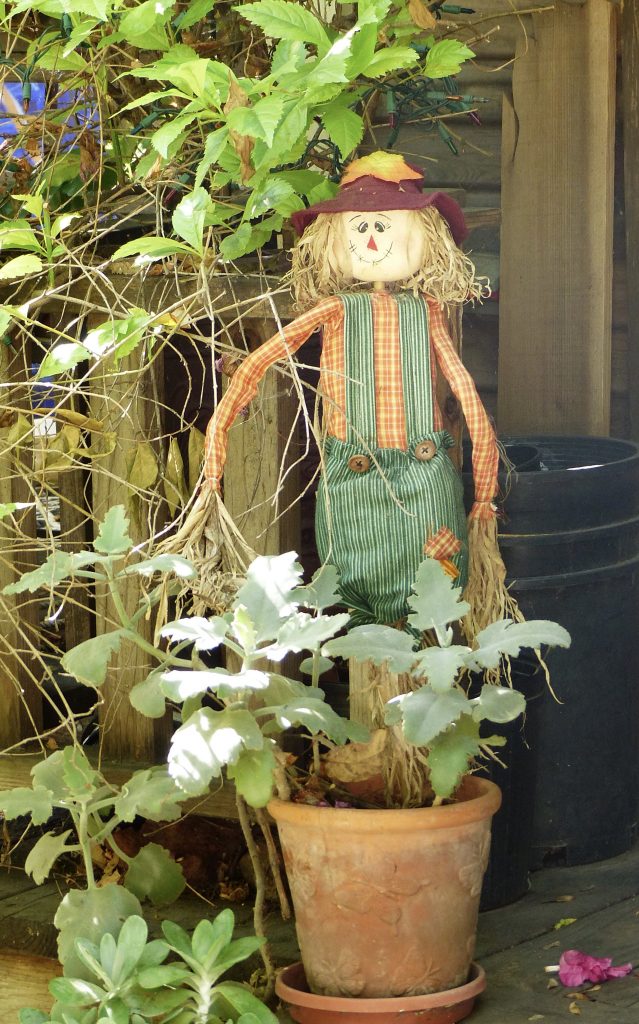 The fall decorations are coming out! 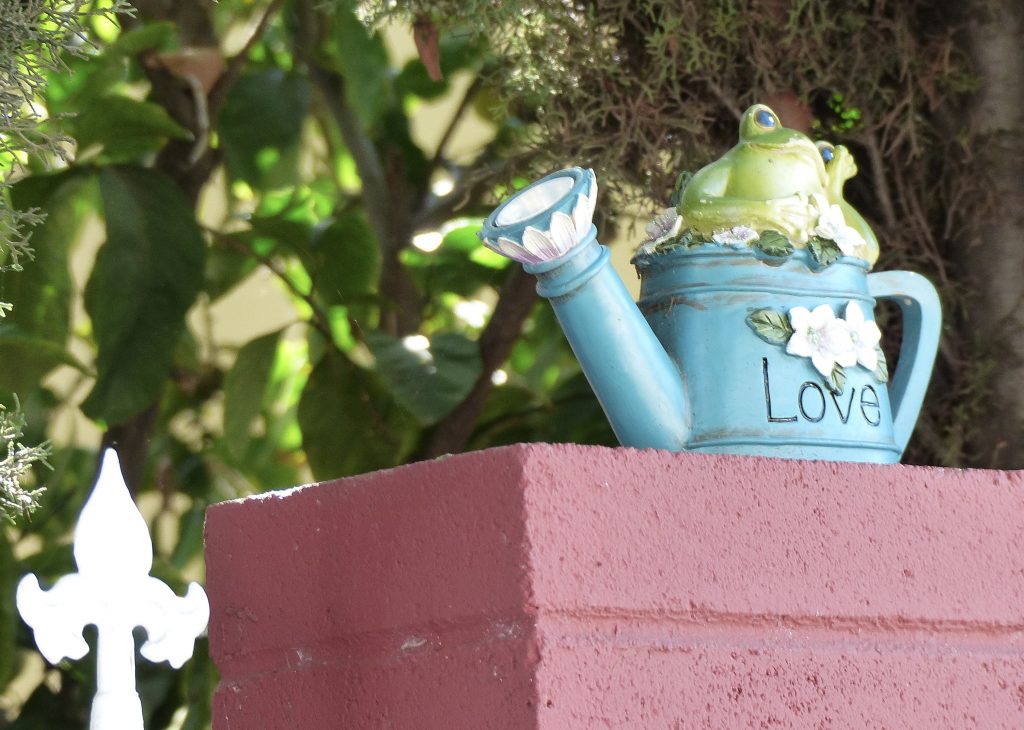 Some people still like kitsch, I counted 5 or 6 teapots on the fence of this house. 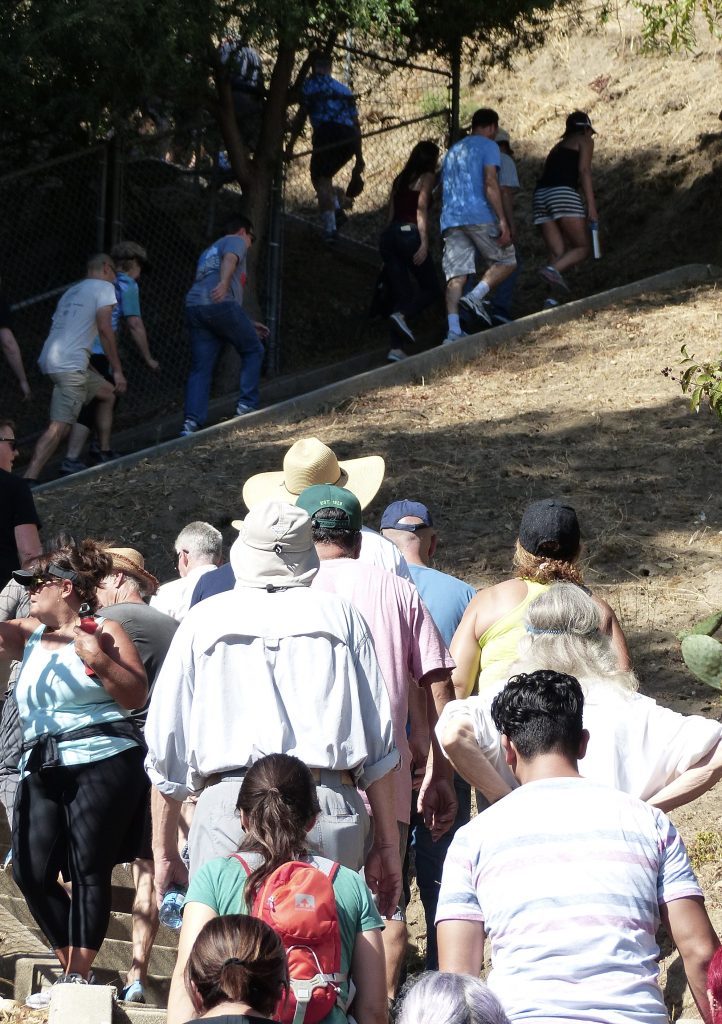 There were a lot of us, I’m not good at estimating crowds, but I’d say at least 50 people if not more. 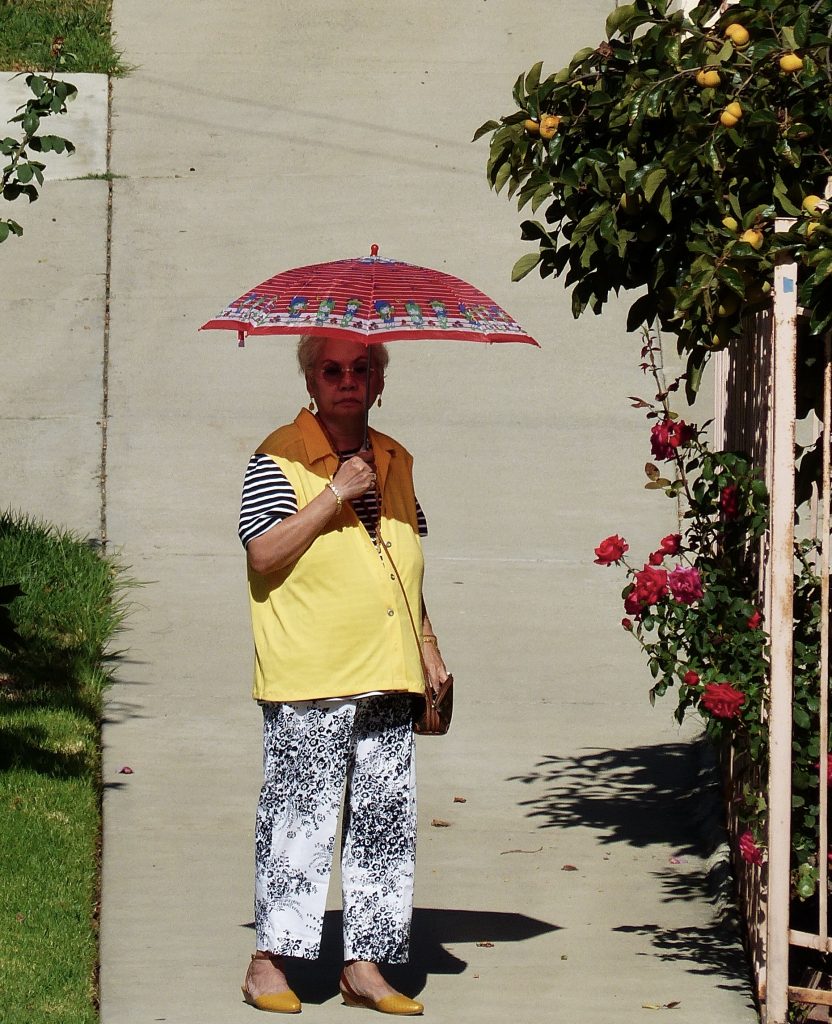 Which caused local residents to turn as watch us go by. 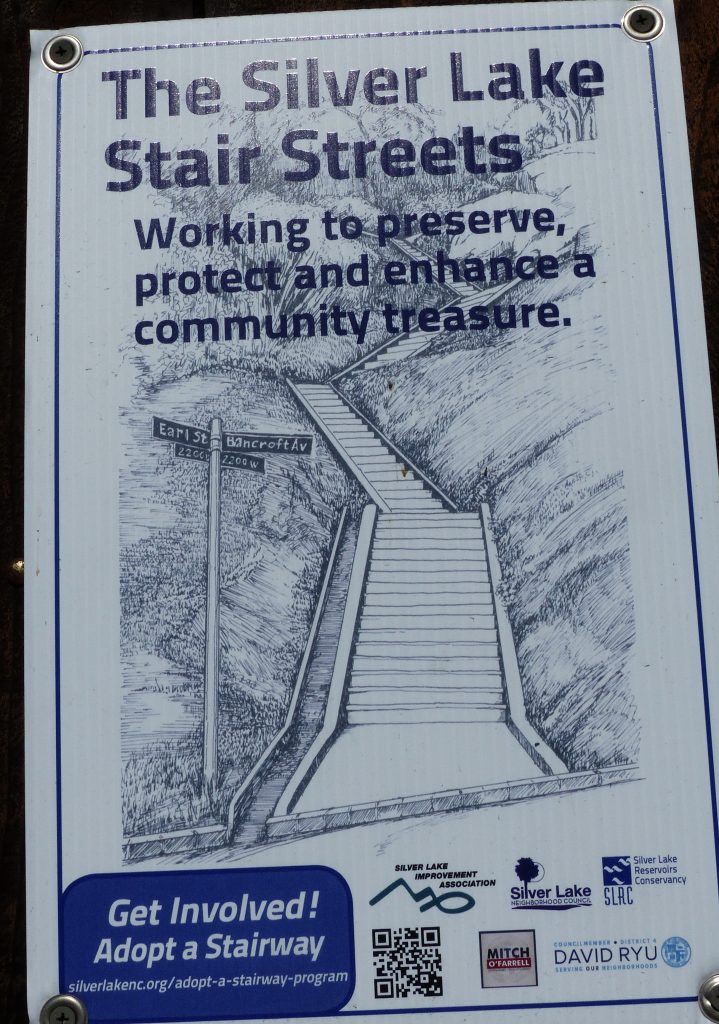 This initiative and signs are new to me. I do think that Charles deserves a lot of credit for bringing these stairs to the publics’ awareness. 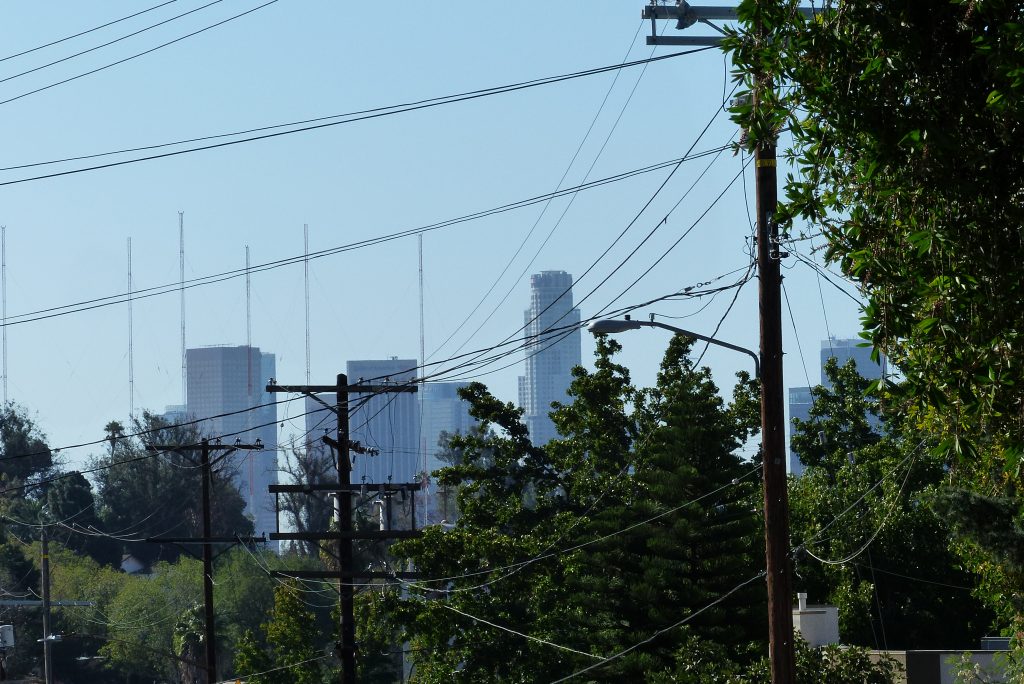 It’s always good to catch a glimpse of downtown LA. 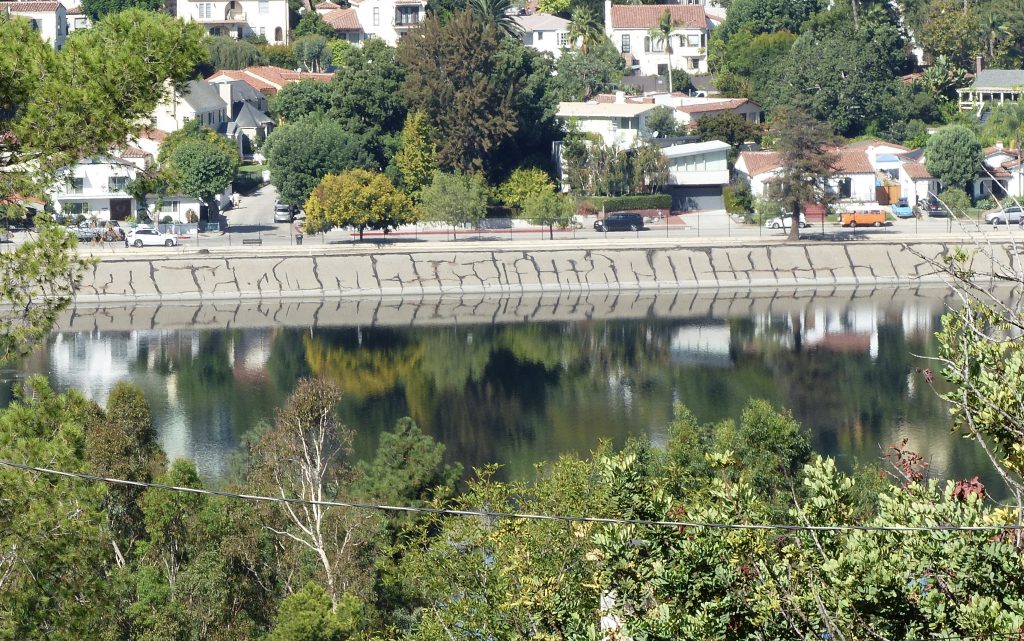 And the beautiful refurbished Silverlake reservoir. Oh, and as we were climbing one set of stairs, we bumped into a couple coming the opposite way, with Charles book in hand. They didn’t want to turn around and join us, but Charles directed them to his FB page, to find info on future group walks

I must say, most of the walkers seemed to be new, I heard many mentions that this is the first walk people have taken with Charles. Pretty impressive, he wrote a book ten years ago, not thinking it would gain any traction, and yet it has, it really really has.